Rihanna Was Just Named a National Hero of Barbados 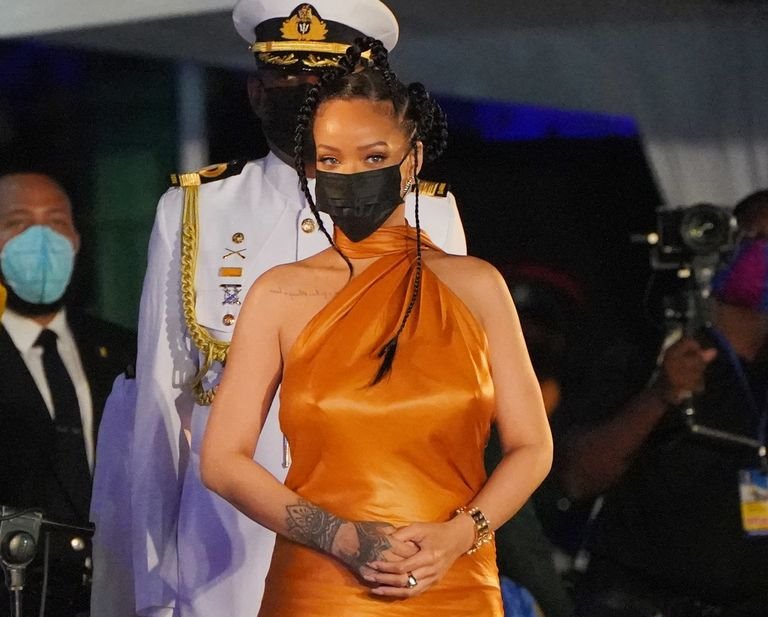 On November 30, Rihanna was named a national hero of her home country, Barbados. She was born in the Barbadian parish of Saint Michael, and on the country’s 55th Independence Day, she was awarded the nation’s highest honor.

“Nothing compares to being recognized in the soil that you grew in,” Rihanna said during her acceptance speech.

“Barbadians are a proud people,” she said. “We are probably the proudest people I know. No matter where I go, in the world I take that pride with me.”

Rihanna shared her pride for the youth of Barbados and thanked Prime Minister Mia Amor Mottley for the honor.

“I’m so proud to be a Bajan,” Rihanna continued. “I’m gonna be a Bajan till the day I die. This is still the only place I’ve ever called home.”

In her announcement of the honor, Prime Minister Mottley thanked Rihanna for her discipline and her “extraordinary commitment to the land of her birth.”

“May you continue to shine like a diamond and bring honor to our nation by your works, by your actions,” Mottley told Rihanna.

Rihanna received the award following a presidential inauguration ceremony in the country’s capital, Bridgetown. The country has removed Queen Elizabeth II as its head of state, and its crowning of Rihanna as national hero was done on the the first day of the country’s parliamentary republic.

Barbados has done plenty to celebrate Rihanna before this title. In 2008, former Barbadian prime minister David Thompson declared February 22 Rihanna Day, and in 2017, the street of her childhood home was renamed Rihanna Drive. (Why does that make me think of her hit “Shut Up and Drive”?!)