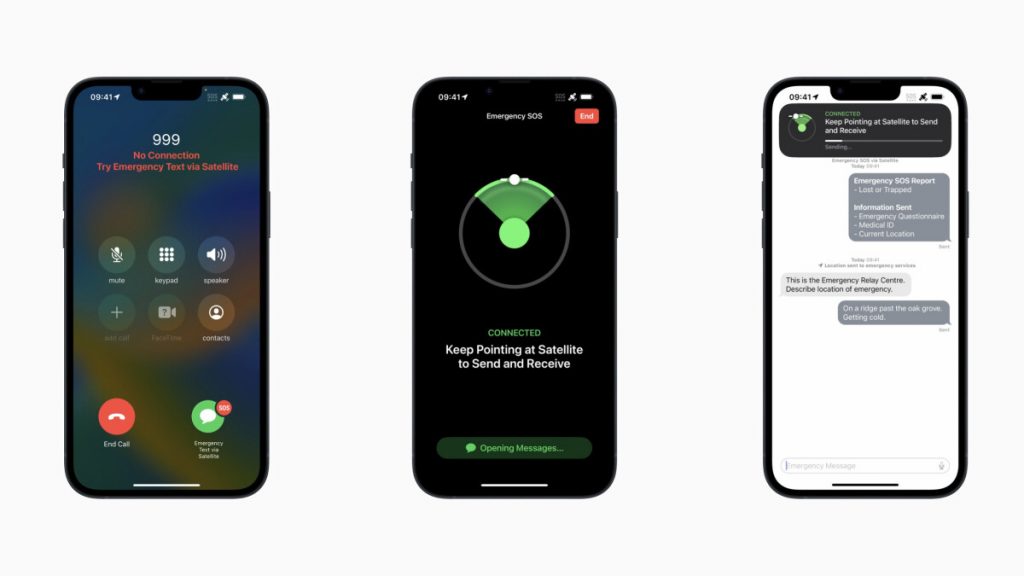 The Crash Detection and Emergency SOS via Satellite features on the iPhone 14 series helped in the rescue of two people on Tuesday afternoon following a serious accident. As tweeted by the Montrose Research and Rescue Team (via MacRumors), the incident took place on the Angeles Forest Highway in the Angeles National Forest in California as a vehicle fell 300 feet down the side of a mountain and landed in a remote canyon.

The Crash Detection feature detected the single-vehicle accident and since cell service was unavailable, information about the location of the vehicle was sent to rescuers thanks to the Emergency SOS via Satellite service. The victims were able to use the latter to send a text message to one of Apple’s relay centers from which a call was placed to the L.A. County Sheriff’s department. The rescue was captured on video.

Deputies, Fire Notified of Vehicle Over the Side Via iPhone Emergency Satellite Service

This afternoon at approximately 1:55 PM, @CVLASD received a call from the Apple emergency satellite service. The informant and another victim had been involved in a single vehicle accident pic.twitter.com/tFWGMU5h3V

The two victims were airlifted out of the canyon by a helicopter after being discovered by the Montrose Research and Rescue Team and taken to a local hospital. There, they were treated for minor to moderate injuries. In confirming how it obtained pertinent information about the incident from one of Apple’s relay centers, the Montrose Research and Rescue Team said that it received “an accurate latitude and longitude for the victims.”

Apple’s Crash Detection system is available with the iPhone 14 series running the latest version of iOS. It also is found on the Apple Watch Series 8, Apple Watch SE (2nd generation), and Apple Watch Ultra running the latest version of watchOS. The Crash Detection system is designed to detect a severe impact from an accident. With no Wi-Fi and Cellular connectivity, the satellite feature is used to text one of Apple’s relay centers so that they can send help on the way.

The Emergency SOS via Satellite feature is available in North America, France, Germany, Ireland, and the U.K. Now here’s the thing gang, Apple is offering this service free for two years and it is unclear how much Apple will charge for it in the future. You can’t put a price on one’s life and Apple surely knows this.

Earlier this month, a man was stranded in Alaska and without cellular service or Wi-Fi, he used the Emergency SOS via Satellite feature on his iPhone 14 and was rescued.