Actor Johnny Depp won more than $10 million in damages on in June, achieving a near-total victory in a defamation suit against ex-wife Amber Heard to cap a six-week trial featuring graphic testimony about the stars’ soured relationship.

Before the trial the Hollywood star had reportedly lost most of his work and Hollywood celebrities were distancing themselves from him.

Shortly after the trial began, the actor’s Instagram followers started increasing and had doubled within a few days.

Depp started a series of concerts in Europe after the court victory over Amber Heard and connected to celebrities like Jennifer Aniston, Jason Momoa and many others on Instagram.

The actor on Tuesday hit another milestone when he reached 28 million followers on Instagram. 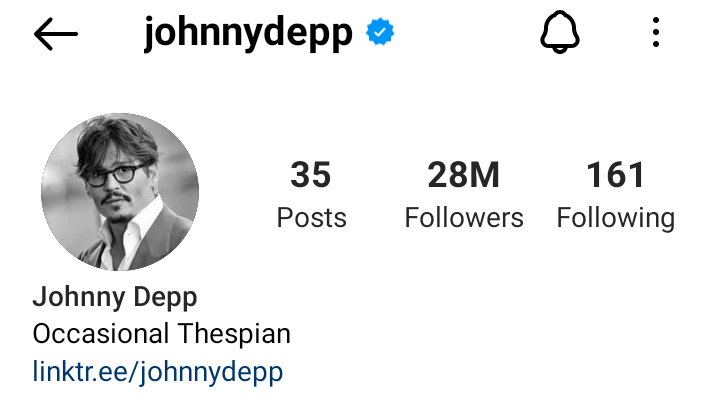