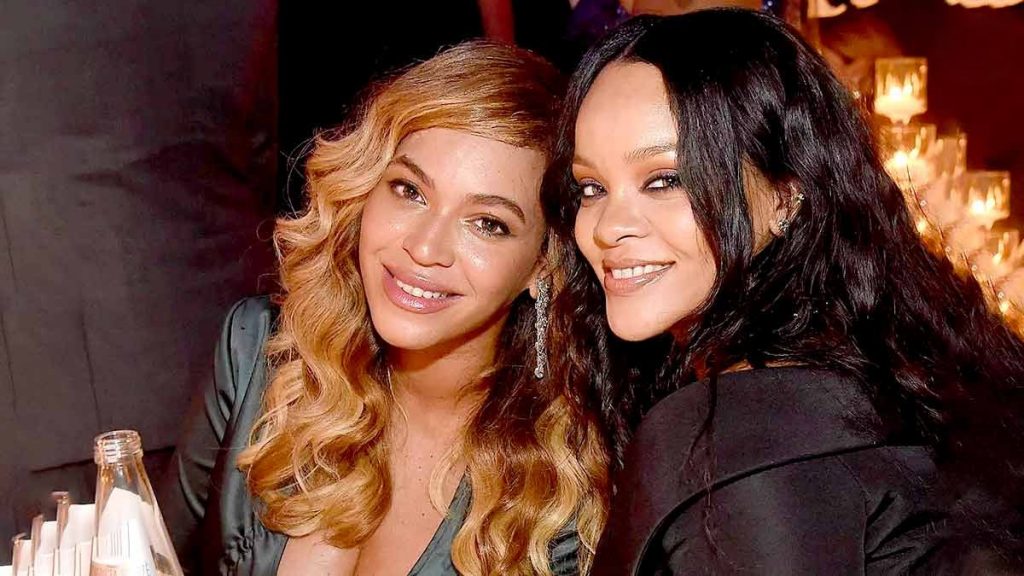 Following the release of her Savage X Fenty Vol. 4 fashion show on Nov. 9 on Prime Video, Rihanna declared that Beyoncé would be a model in her upcoming show if she had her way.

When asked about her ideal model on Monday night’s E! News, Rihanna responded, “Beyoncé.” “Well, Beyoncé has a great body. For me, that would be the most important thing.”

Rihanna channels Mother Nature and Mother Earth in a stylish way for the show’s start.

The song “D.M.B.” by A$AP Rocky, 34, replaces Tyler, The Creator’s “See You Again” as Rihanna enters the scene. Rihanna dances to the music while flashing her undergarments while donning a black tulle shrug, sheer gloves, and a blue corset with floral detailing. Her natural hair is left in place, and she has a gold lip and eyelid paint job.

Rihanna, 34, embraces the Mother Nature theme by dancing and swinging around leafy vines in the background of a forest.

Before the event aired, Rihanna told the source that she viewed her appearance as being in the “Mother Nature portion” of the presentation.

I’m excited for [people to see] it, she remarked. It’s the first significant work-related activity I’ve engaged in since having the baby.

The performance took place prior to Rihanna’s Oct. 28 release of her brand-new song, “Lift Me Up,” from the Black Panther: Wakanda Forever soundtrack. She told a source that “every single show” feels as special as the first, despite this being the fourth exhibition of her Savage X Fenty designs.

“This show is obnoxious,” Rihanna said with a laugh. “This one takes the cake. This is gonna be the show to beat. It is on a scale, unlike anything we’ve ever done. It’s huge.”