Electric Vehicles Are Bringing Out the Worst in Us 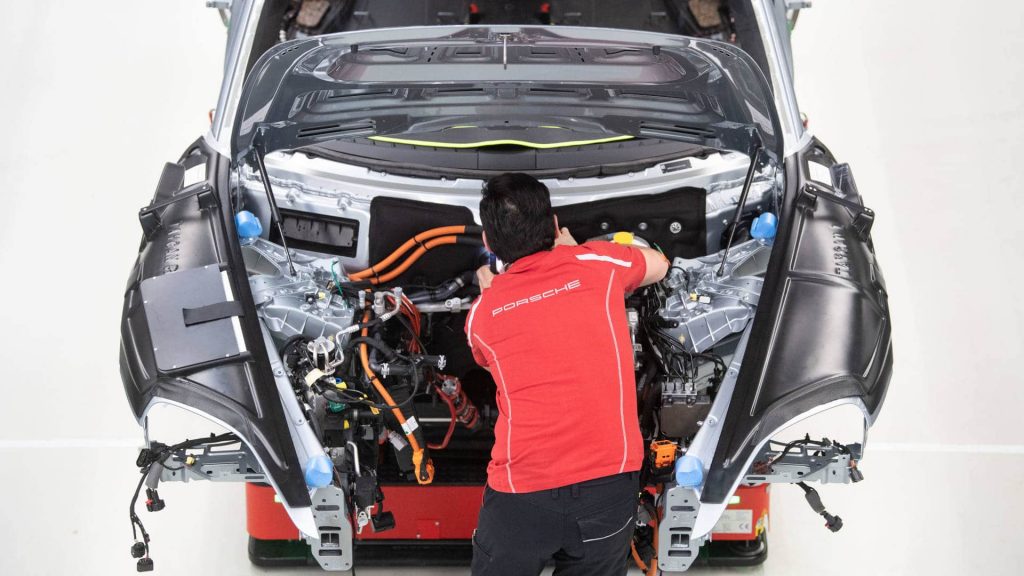 American car executives keep insisting that there is no trade-off between saving the planet and having a hell of a good time behind the wheel. “What I find particularly gratifying,” Ford’s executive chair, Bill Ford, said in April as he unveiled his company’s new electric truck, “is not only is this a green F-150, but it’s a better F-150 … You’re actually gaining things that the internal combustion engine doesn’t have.” Mary Barra, the CEO of General Motors, sounded equally bullish in a recent social-media post: “Once you’ve experienced an [electric vehicle] and all it has to offer—the torque, handling, performance, capability—you’re in.”

The pitch is enticing, but it raises a few questions. Is the electric F-150 Lightning “better” than the conventional F-150 if its added weight and size deepen the country’s road-safety crisis? And how, exactly, are electric-vehicle drivers going to use the extra power that companies are handing them?

Converting the transportation system from fossil fuels to electricity is essential to addressing climate change. But automakers’ focus on large, battery-powered SUVs and trucks reinforces a destructive American desire to drive something bigger, faster, and heavier than everyone else.

In many ways, EVs reflect long-standing weaknesses in the design and regulation of American automobiles. For decades, the car industry has exploited a loophole in federal fuel-economy rules to replace sedans with more profitable SUVs and trucks, which now account for four in five new cars sold in the United States.

Meanwhile, SUVs and trucks have themselves grown more massive; their weight increased by 7 percent and 32 percent, respectively, from 1990 to 2021. The 2023 Ford F-150 with a conventional engine, for instance, is up to 7 inches taller and 800 pounds heavier than its 1991 counterpart. Each purchase of a big truck or SUV pushes other people to buy one, too, in order to avoid being at a disadvantage in a crash or when trying to see over other cars on the highway.

This shift toward ever-larger trucks and SUVs has endangered everyone not inside of one, especially those unprotected by tons of metal. A recent study linked the growing popularity of SUVs in the United States to the surging number of pedestrian deaths, which reached a 40-year high in 2021. A particular problem is that the height of these vehicles expands their blind spots. In a segment this summer, a Washington, D.C., television news channel sat nine children in a line in front of an SUV; the driver could see none of them, because nothing within 16 feet of the front of the vehicle was visible to her.

Few car shoppers seem to care. For decades, Americans have shown little inclination to consider how their vehicle affects the safety of pedestrians, cyclists, or other motorists. (The federal government seems similarly uninterested; the national crash-test-ratings program evaluates only the risk to a car’s occupants.)

As large as gas-guzzling SUVs and trucks are, their electrified versions are even heftier due to the addition of huge batteries. The forthcoming electric Chevrolet Silverado EV, for example, will weigh about 8,000 pounds, 3,000 more than the current gas-powered version. And there will be a lot of these behemoths: A recent study from the U.S. Department of Energy shows that carmakers are rapidly shifting their EV lineups away from sedans and toward SUVs and trucks, just as they did earlier with gas-powered cars.

The danger rises further after accounting for EVs’ unprecedented power. “This sucker is quick!” President Joe Biden exclaimed after taking a Ford F-150 Lightning for a spin last year. He was right: The truck can accelerate from zero to 60 miles an hour in under four seconds, about a second faster than an F-150 running on gasoline.

Car buyers have used zero-to-60 speeds as a proxy for performance ever since the car salesman and automotive journalist Tom McCahill began measuring them after World War II. But the metric is dangerously ill-suited for the faster propulsion of electric powertrains, which are more efficient and contain fewer components than gas engines. The Tesla Plaid Model S, for example, can reach 60 mph in 1.99 seconds, a new record for production cars and far faster than even luxury gas-powered sports cars such as the Porsche 911 (2.8 seconds).

At the risk of stating the obvious, such blistering acceleration serves no practical purpose on a public road, where it can jeopardize everyone’s safety. In Europe, an auto insurer recently linked EVs’ quick pickup speeds to an uptick in crashes. Once again, the most vulnerable street users bear particular risk: A 2018 study by the Insurance Institute for Highway Safety found that hybrid vehicles, which, like EVs, can accelerate more quickly than gas-powered cars, were 10 percent more likely to injure a pedestrian than their gas-powered equivalents. Superfast acceleration also compromises the efficiency of an electric battery, reducing its range. Nevertheless, car companies are emphasizing acceleration rates in their EV-marketing pitches, such as the Chevrolet Blazer’s “Wide Open Watts Mode.”

As automakers design faster, bigger cars, they are squandering a chance to make EVs safer than their predecessors. Without a gasoline engine under its hood, the Ford F-150 Lightning could have been equipped with a sloping front end that would have reduced danger to others in a crash. Instead, Ford retained the high hood of its F-150, declaring the now vacant space beneath it a “frunk.” That decision was a missed opportunity for roadway safety, but it made sense when viewed through a business lens; few truck buyers are seeking a model that protects those outside their vehicle.

Indeed, carmakers are likely to claim that their EV designs and marketing pitches merely reflect the size and speed that Americans seek when considering their next vehicle. The electrification of America’s vehicle fleet will happen faster, one could argue, the more consumers view EVs as objects of desire, rather than as obligatory concessions to the greater good. But such claims treat car demand as fixed, overlooking ways in which carmakers’ multibillion-dollar advertising budgets shape consumer preferences. Anyway, why should consumer preferences trump the deadly risks posed by unnecessarily fast and heavy EVs?

Although other road users’ safety won’t tilt many EV-purchase decisions, shoppers are more likely to care about another societal impact: climate-change mitigation. Gas-powered cars and trucks have accounted for about a fifth of U.S. greenhouse-gas emissions, but today’s carmakers are eager to adopt a green halo. Ford has vowed to become carbon neutral (albeit in three decades from now), while GM has made “zero emissions” a centerpiece of its corporate mission.

Because they do not produce tailpipe emissions, electric cars are less polluting than otherwise identical gas-powered models. But EVs still create emissions in other ways, notably from the electricity required to build them and charge their batteries. Such energy needs rise dramatically for the biggest cars: According to the American Council for an Energy-Efficient Economy, the 9,063-pound GMC Hummer EV contributes more emissions per mile than a gas-powered Chevrolet Malibu.

Worse yet, enormous EVs are compounding the global shortage of essential battery minerals such as cobalt, lithium, and nickel. That Hummer EV’s battery weighs as much as a Honda Civic, consuming precious material that could otherwise be used to build several electric-sedan batteries—or a few hundred e-bike batteries. One recent study found that electrifying SUVs could actually increase emissions by restricting the batteries available for smaller electric cars.

That reality is inconvenient for size-obsessed automakers, as well as for certain image-oriented EV buyers, the kind The Onion skewered for believing that “driving one makes up for every bad thing you’ve ever done in your life” (including, presumably, draping your electric charging cord across the sidewalk).

Even modest-size electric cars are not a climate panacea. A 2020 study by University of Toronto scholars found that electrification of automobiles cannot prevent a global temperature rise of 2 degrees Celsius by 2100 without a concurrent shift toward cleaner travel modes such as public transportation and bicycles. Aware of that need, Norway, a global standout in electric-vehicle adoption, is replacing its EV subsidies with support for people walking and biking, while also considering a car-weight tax to nudge purchasers away from the bulkiest electric cars. A recent article in Nature endorsed such weight-based EV fees.

The United States is not as farsighted. The Inflation Reduction Act that Biden signed in August includes a tax credit of up to $7,500 for those buying an electric car with a price tag below $55,000; in an implicit incentive to buy a larger vehicle, eligible SUVs can cost as much as $88,000 and still qualify. The new law offers nothing for buyers of e-bikes, e-cargo bikes, or electric golf carts—all of which produce a fraction of the emissions of an electric car while posing much less danger to road users. Americans require little encouragement to buy an SUV or truck; what the country needs are policies that nudge them toward vehicles that are less dangerous to the planet and to other travelers. Instead of capitalizing on electrification in that way, policy makers are further codifying the supremacy of the biggest, most dangerous automobiles.

Car executives, whose supercharged electric behemoths play to Americans’ worst instincts, are surely grateful. But the rest of us shouldn’t be.