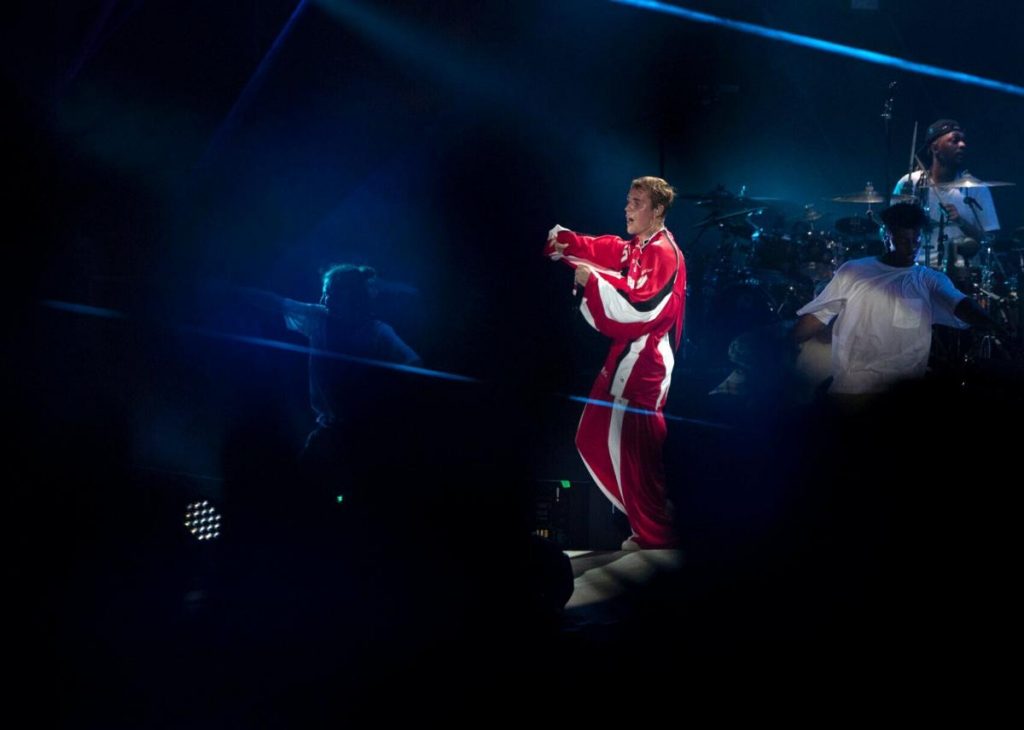 JIDDAH, Saudi Arabia — Pop star Justin Bieber performed to a packed crowd in the Red Sea city of Jiddah in Saudi Arabia, singing some of his most popular hits. The Sunday night concert took place even as human rights campaigners and activists called on Bieber to cancel his performance to protest the kingdom’s arrests and crackdown of critics.

Only a few years ago, this would have been an unthinkable scene in Saudi Arabia, where ultraconservative norms prevailed. Concerts were banned and unmarried men and women were segregated in public spaces. Saudi Crown Prince Mohammed bin Salman is behind the sweeping changes as he works to modernize society, attract foreign investment and create jobs for youth.

Human Rights Watch and others, however, have called on celebrities to boycott the kingdom, saying such events are aimed at diverting attention and deflecting scrutiny from Saudi Arabia’s human rights record.

Bieber was the biggest name performer to take the stage as part of Saudi Arabia’s Grand Prix, which saw Lewis Hamilton win ahead of the last race of the Formula One season.

The Canadian pop star has not commented on the public pressure surrounding his performance and calls for him to cancel the show. Weeks before his show in Saudi Arabia, the fiancée of slain Saudi critic Jamal Khashoggi joined a chorus of voices urging him not to perform at the kingdom’s F1 race.

In an open letter published by The Washington Post, Hatice Cengiz had urged the megastar to cancel his performance to “send a powerful message to the world that your name and talent will not be used to restore the reputation of a regime that kills its critics.” She noted that the decision to host the F1 race and invite a star like Bieber “comes directly” from the crown prince.

But like other stars, such as Mariah Carey in 2019, Bieber performed anyway to excited fans. It’s unclear how much celebrities have been paid for their appearances in the kingdom. Saudi youth are the main attendees of these concerts, enjoying the country’s newfound social changes.

Prince Mohammed attended the F1 race and social media showed him taking selfies with young Saudi men who lined up to meet the powerful heir to the throne. The F1 race marked the first time the kingdom hosts the premier sporting event, though it has hosted the lesser known Formula-E race and other sporting events in past years in an effort to raise the country’s profile as a tourist destination.

At the time of Khashoggi’s killing in late 2018, the crown prince was being lauded for transforming life for many inside the country. Khashoggi, meanwhile, was writing columns for The Washington Post drawing attention to the prince’s brash foreign policy moves and simultaneous crackdown on activists and perceived critics, including women’s rights activists, writers, clerics and economists.

Khashoggi was killed by a team of Saudi agents who worked for the crown prince during a visit to the Saudi Consulate in Istanbul to obtain papers to marry his Turkish fiancée.

A U.S. intelligence assessment made public under President Joe Biden determined the crown prince approved the operation. Prince Mohammed has maintained he had no prior knowledge of the operation.

Bieber’s concert in Saudi Arabia comes shortly before he opens a world tour next year. The tour is being promoted by Live Nation, the company that owns Ticketmaster. Saudi Arabia’s state-owned sovereign wealth fund — steered by Prince Mohammed — is among the largest institutional holders in Live Nation, with a stake worth some $1.4 billion.