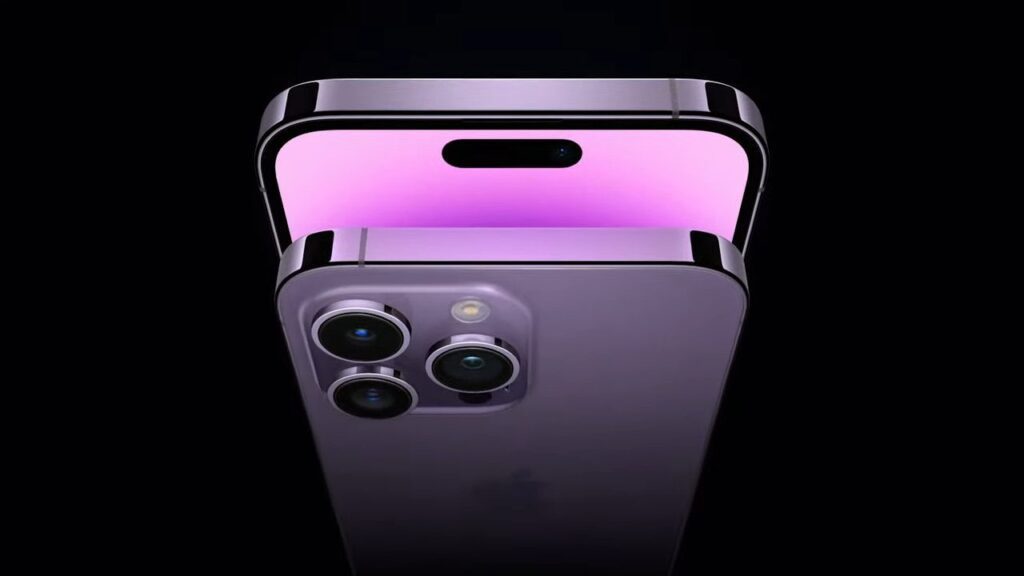 iPhone 14 Pro and Pro Max models are suffering from a bizarre problem that causes horizontal lines to flash across their displays. Apple has now confirmed the issue and revealed it is working on a fix.

In an internal Apple memo seen by MacRumors, which I have verified, the company admits that customers may “report that when they power on or unlock their phone, they briefly see horizontal lines flash across the screen.”

Crucially, Apple has ruled out a hardware flaw that may have prompted a recall, saying in the memo that it “is aware of the issue and a software update is coming soon that will resolve the issue.”

When is “coming soon”? The obvious answer would appear to be iOS 16.3, which is currently in beta testing, but that seems unlikely. This major update has only just entered its second public beta, and Apple typically releases four to six betas as well as a ‘Release Candidate’ before launch. Consequently, I would not expect iOS 16.3 to arrive before late February.

More likely, is iOS 16.2.1. While iOS 16.2 was relatively stable, there are still bugs from the troubled iOS 16 launch, which Apple is addressing in a series of ‘minor point’ releases. It is rare for Apple to publicly beta test minor point updates, so a dedicated fix could launch as soon as the company is ready.

01/16 Update: In a new report, MacRumors states that a “plethora of bugs” are being reported by iPhone owners running iOS 16, a number of which are specific to the iPhone 14 range. These include sluggish keyboard response, camera freezes, user interface glitches (some truly bizarre) and more. The report links to numerous Reddit, forum and social media complaints.

MacRumors also points to comments by a trio of influential tech YouTubers, whose tweets about iOS 16.2 — the latest version of iOS 16 — and iPhone 14 models picked up considerable momentum over the last 48 hours. “More and more people keep telling me all the issues with iOS 16.2,” tweeted Aaron Zollo of Zollotech. “Hope we get a major bug fix soon. Hearing this more each day.”

A poll by Rjey Tech found 44% of iPhone owners reported more app crashes since updating to iOS 16.2, while Tom ‘The Tech Chap’ Honeyands tweeted that “My iPhone 14 pro max is far the buggiest iPhone I’ve used in a LONG time… Is it just me?? (iOS 16.2)” and received thousands of hundreds of responses confirming his suspicions.

Apple has work to do, and with iOS 16.3 still weeks away from release, I would expect the release of iOS 16.2.1 sooner rather than later.

01/17 Update: Sources have updated me that Apple is working to have a fix for the horizontal lines bug, which it aims to release in an iOS 16.2.1 update as fast as possible. The company is also looking to address several other issues from the iOS 16.2 release as a priority, but any delay will see them pushed into iOS 16.3 instead, which could launch as soon as this month.

[01/18 Update: iOS 16.3 will now arrive next week, following a significantly shorter testing period than most major point updates in recent years. This means iOS 16.2.1 will bite the dust]

[01/19 Update: the iOS 16.3 Release Candidate is now available, and testing reveals that it does include the horizontal lines fix. Excellent news.]

The last of these is likely to arrive ahead of Apple’s first new HomePod since 2020, which Bloomberg’s Mark Gurman revealed yesterday, should “be coming fairly soon.” Details remain unusually sparse for an apparently imminent product, with rumors claiming it will replace the original HomePod, rather than be an update to the newer HomePod Mini, but little else is known.

The iPhone 14 Pro and Pro Max have had a buggy start to life. For those keeping count, you can add this display problem to a list that includes iMessage and FaceTime activation issues, CarPlay, data migration and iCloud bugs, shaking camera lenses, random restarts, lock screen and Dynamic Island glitches and excessive battery drain.

With exciting iPhone 15 leaks already appearing, anyone still sitting on the fence may prefer to push their upgrades a generation. But for iPhone 14 Pro and Pro Max owners, at least you know the latest in a long line of fixes is not far away.