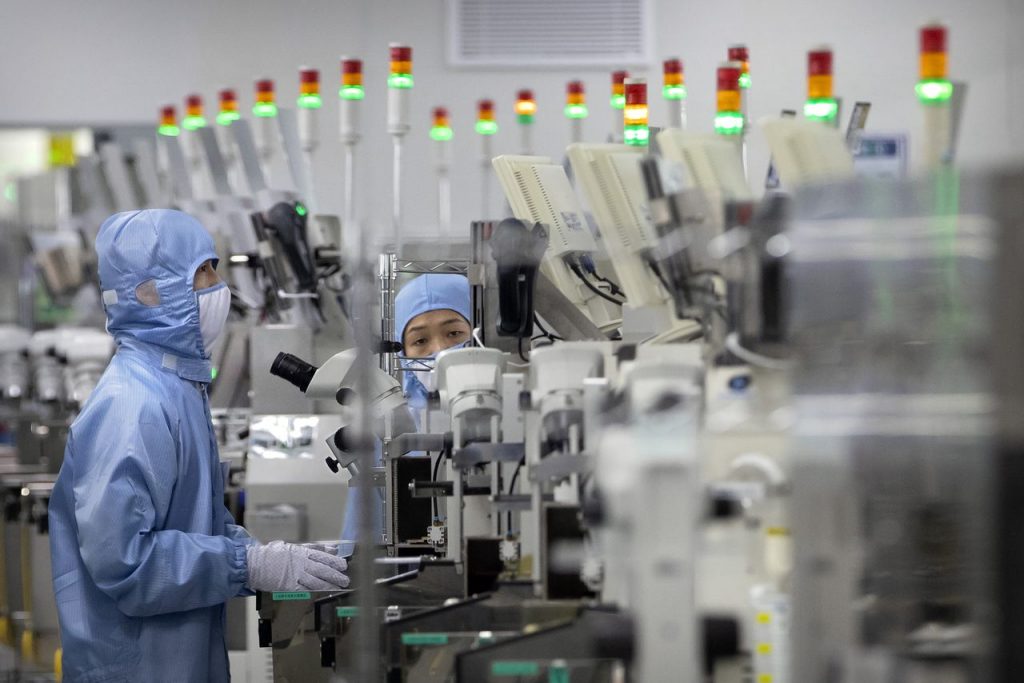 There are three things Americans of all persuasions can agree on:

We are facing all three of these terrifying prospects in the shortage of what’s called “chips.” And three nations now are in control — Taiwan, South Korea and China.

We’re not talking potato chips here. We’re talking semi-conductors. The technological marvel that is behind everything from smartphones to televisions to automobiles. And that’s just the beginning. Chips control access to the global information network we call the internet. They keep the trains running, LED bulbs lit, ATM’s dispensing cash and 3D imaging that provides early detection of breast cancer.

Industries from healthcare to trucking to manufacturing to entertainment are in crisis mode because of a shortage of chips that COVID-19 exacerbated. It’s why you may have to wait weeks for a new refrigerator; why there’s a shortage of new cars, and why Apple had to delay its Iphone12.

If all of that weren’t enough, almost every advanced weapon our military needs to keep Russians from treating Americans like they treat Ukrainians is connected to chips.

Right now, as far as chips are concerned, the United States and much of the world finds itself in the disturbing position of being dependent on Taiwan, South Korea and China, the leading manufacturers of chips. Both Taiwan and South Korea face their own national security issues. And China is far from a dependable American ally.

Legislation dubbed the “Chips Act” now before Congress would go a long way to safeguarding American economic and military independence. The Senate and House have competing bills— In the Senate it’s Bill 1260 or the United States Innovation and Competition Act (USICA). In the House, it’s H.R. 4521, the America COMPETES Act. But both are aimed at allocating around $52 billion to spur manufacturing of chips in the United States.

Making more semiconductor chips in the United States is the only way to end this dangerous dependence on foreign countries for our health, safety, and welfare. And it is disappointing that lawmakers have not resolved their differences to pass a piece of legislation that is so critical to national defense.

U.S. Department of Commerce Secretary Gina Raimondo says there is widespread, bipartisan support for passing legislation and now. The U.S. Chamber of Commerce, National Association of Manufacturers, and the National Venture Capital Association are among the organizations urging Congress to act quickly to safeguard both the American economy and our national security.

Republicans and Democrats all should be on the same page.

The good news is House Republican and Democratic leaders seem to be acting with some urgency and have called a “conference committee” to come up with a version of the bill that everybody can live with. They need to act quickly and deliberately to end the stalemate.

We strongly urge Pennsylvania’s congressmen to lay aside differences and get this legislation passed. Pennsylvania stands to benefit, as we could see some semi-conductor foundries investing millions to manufacture chips right here in the commonwealth.

But whether produced here or in some other part of the country, we can’t afford to wait any longer. The risk for Americans is just too great.