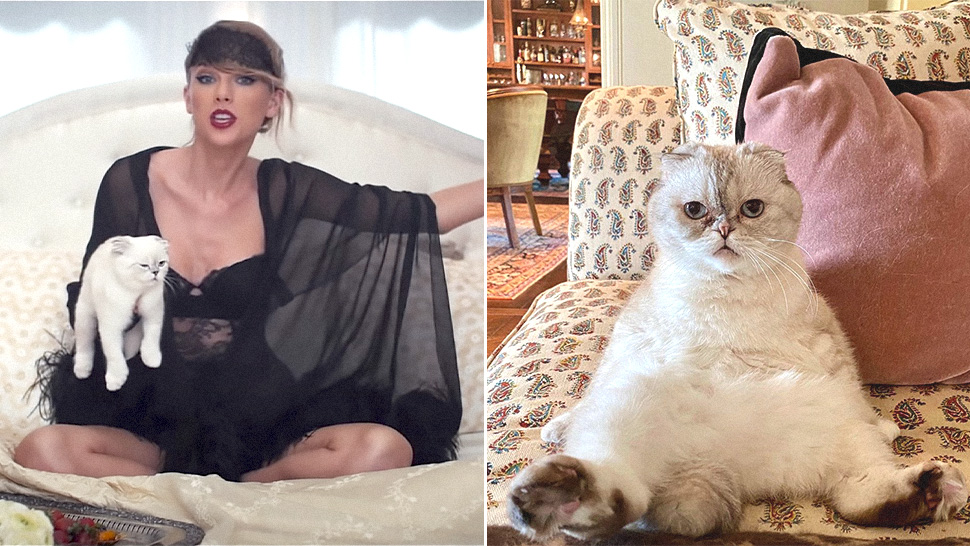 Pop idol Taylor Swift’s beloved cat, an adorable Scottish fold named Olivia Benson, is reportedly richer than most of us in the room.

According to a study done by a social media/Instagram analytics poll, Swift’s pet is the third richest pet in the world and is valued at $ 97 million (Dh356.2 million). A new report from All About Cats has published these figures and Swift’s cat features in the top five rankings.

“Olivia has found success outside of the world of Instagram influencing … The Scottish fold earned her fortune starring alongside her owner in several music videos, has crafted her own merchandise line, and has had cameos in many big-budget ads,” the listing read.

Right behind Swift’s cat Benson on the richest pet list were Oprah Winfrey‘s dogs Sadie, Sunny, Lauren, Layla and Luke at $30 million; Pomeranian Jiffpom at $25 million; the late Karl Lagerfeld’s cat. Choupette, at $13 million; and the late actress Betty White’s dog, Pontiac, at $5 million, according to a report published in Billboard.

In the list there are also cats worth $100 million belonging to a prominent social media influencer German Shepherd Gunther VI, owned by the Italian media company Gunther Corporation, nabbed the prize for richest pet in the world with a stupendous $500 million.

Swift has always been pet proud and has not shied away from speaking about her bond with her fluffy feline friend. The cat has also appeared in many of Swift’s music videos such as ‘Blank Space’ and is always spoken about fondly by her pop idol owner. In many of her interviews, Swift has often made cheeky remarks about whether she can now be proud “cat lady”.

“Before I got the second cat, I was kind of canvassing everyone I knew, saying, ‘Is cats, cat lady?’” Swift said during a 2014 interview on “Live With Kelly and Michael” in which she emphasised the plural of “cat.”

“Two cats is cats, and there’s more than one. And they’re like, ‘No, three cats is a cat lady, two cats is a party.’”