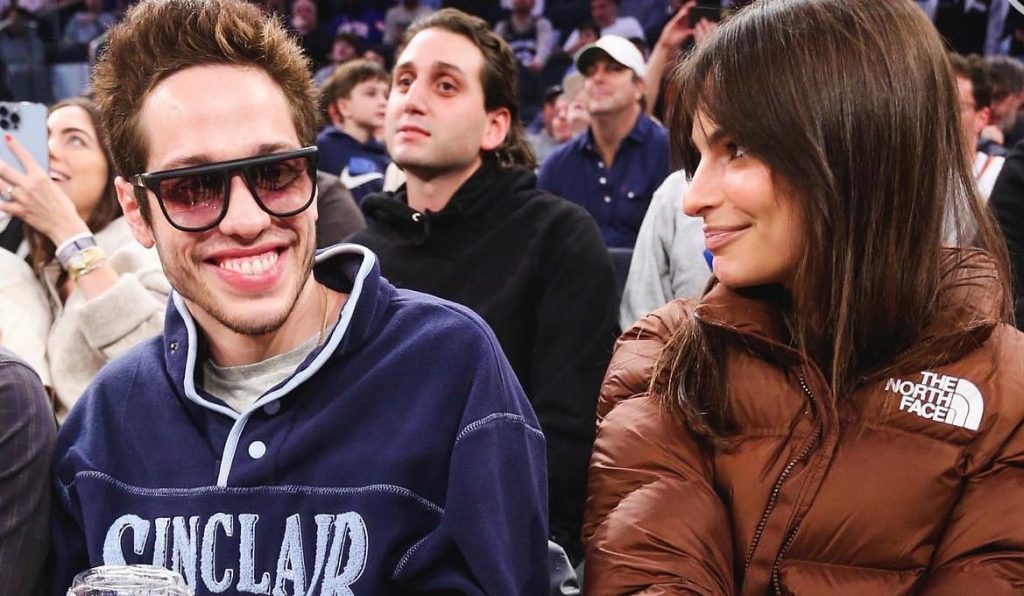 Pete Davidson and Emily Ratajkowski were seen with other people on recent outings.

Just a month after confirming their relationship, Pete Davidson and Emily Ratajkowski’s whirlwind romance has come to an end. The model and former SNL star were initially linked last month, following Ratajkowski’s parting with husband Sebastian Bear-McClard. The two were pictured at a New York Knicks game at Madison Square Garden on November 27.

A source revealed to Page Six of the SNL alum and the Blurred Lines beauty, “Their fling has moved into the friends zone [and that’s] fine with both of them.” Both Davidson and Emily Ratajkowski were seen with other people on recent outings. He was seen with actress Chase Sui Wonders, his costar in Bodies Bodies Bodies on multiple outings including to a Brooklyn Whole Foods and a New York Rangers game.

Pete was seen with actress Chase Sui Wonders his costar in Bodies Bodies Bodies on multiple outings including to a Brooklyn Whole Foods and a New York Rangers game. Ratajkowski was spotted with artist Jack Greer last week on a PDA-filled outing, and last month had been seen on a date with DJ Orazio Rispo. The King of Staten Island star has had a number of high-profile romances with the likes of Kim Kardashian, Ariana Grande, Kaia Gerber, Cazzie David, Kate Beckinsale, and Ratajkowski.

On an edition of her podcast High Low earlier this month, Ratajkowski said that she had joined a dating app on a whim. ‘I was like, “F*** it,”‘ said Ratajkowski, who is mother to one-year-old son Sylvester with Bear-McClard. ‘I was feeling defiant because so many people told me not to get it.’

Davidson has been working on the forthcoming Peacock comedy series Bupkis alongside Oscar-winner Joe Pesci. Davidson and Kardashian were first linked in fall 2021 after they appeared together on SNL, and then were seen on a ride at Knott’s Berry Farm in Buena Park, California. Their nine-month romance saw frequent outbursts from Kardashian’s ex-husband Kanye West, who launched numerous attacks on Davidson via social media.