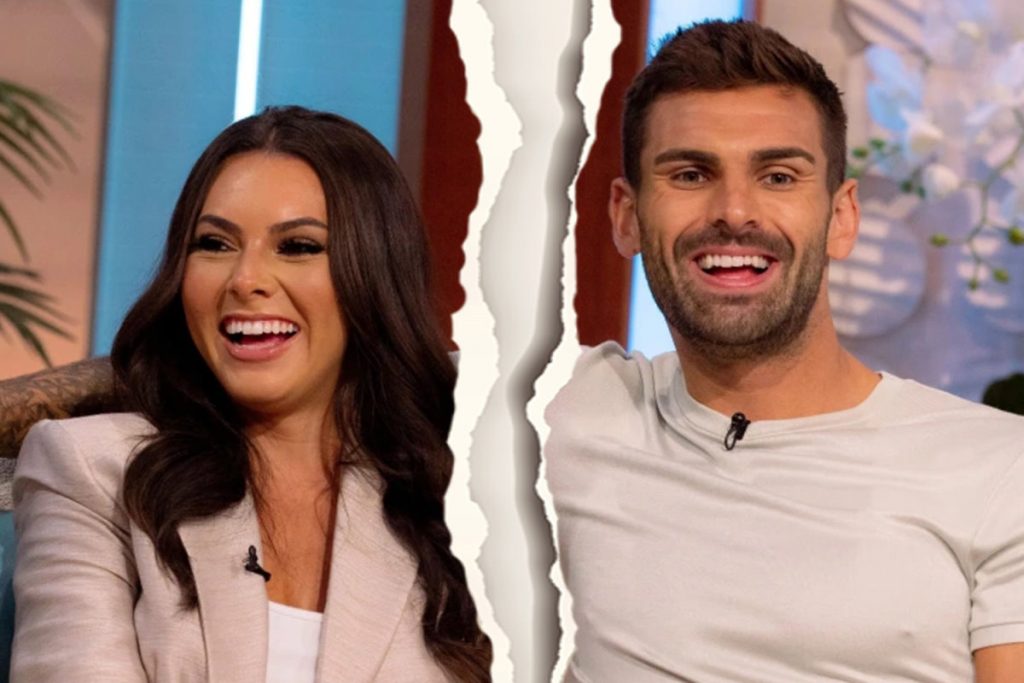 The paramedic, 25, called it quits with personal trainer Adam, 26, after he was seen with his arm around a girl in McDonalds and later living it up in Bali with a different woman.

Adam denied he’d done the dirty on Paige, but the couple sadly broke up just weeks after leaving the ITV villa.

Broken-hearted Paige has now opened up about the effect of the separation, saying she’s now more guarded when it comes to dating.

The reality star said her experience with Adam has “really” put her off dating, adding, “I’m in this era now where I’m just like, ‘No!’ Respectfully, no. I really am focusing on myself.”

However, she claims she doesn’t hold a grudge, adding: “There is no bad blood from my end. “Everything happens for a reason and I’m in a good place now.”

Love Island love rat Adam made a beeline for Paige on the latest series of the ITV show – despite her being coupled up with rugby star Jacques O’Neill.

Paige explained that reality is somewhat skewed on the show, musing: “Maybe I wouldn’t have actually got on with that person if I was on the outside,” reports OK! magazine.

Last month Love Islanders Gemma Owen and Lucas Bish called time on their relationship, saying while the decision was difficult, it was mutual.

Paige revealed she had texted the dressage rider to make sure she was ok, saying she wanted Gemma to know she was there if she needed her.

The paramedic was fuming when a video of her ex Adam was released showing his arm around a blonde student in McDonald’s.

Annie, 18, told us people had jumped to the wrong conclusions and that the reality TV star was just being friendly.

However, Adam was then seen surrounded by a bevvy of beauties in Bali – prompting a swift end to his romance with Paige.

Paige told the Saving Grace podcast she had been sent other videos of Adam with other women, claiming: “Yeah with other girls. On the same night, in different locations.”

However, Adam claimed his kiss with a woman at a pool party in Bali was sparked by his upset over his split from Paige.

Speaking about his trip to the exotic island, he told us: “To be honest by day two or three, the relationship was pretty much done because we weren’t really speaking.

“Like I said, I will hold my hands up, it was probably more me than her that was a little bit quiet because, I just needed to process things were at and if there was a chance.”

He added: “I just think there was there was too much strain on on both sides.”