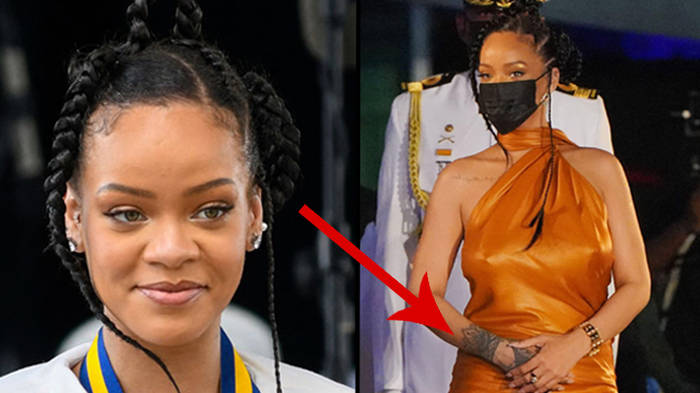 Singer Rihanna has denied rumours that she is expecting her first child with her rapper boyfriend.

On Friday, a fan leaked alleged messages with singer where the Barbados beauty denied she was preparing to welcome a baby.

“Can I come to the baby shower sis!? True or not your babies are going to be beautiful. Sorry everyone’s up in your uterus right now,” the fan wrote, according to Elle.

RiRi is said to have responded: “Haaaaa! Stawwwp! You ain’t came to the first 10 baby showers! Y’all breed me every year dammit lol.”

Earlier this week, the Pon De Replay singer was honoured by her native Barbados and named a national hero.

Her appearance at the event in a $2,700 Bottega Veneta Fall 2021 fluid twill dress sparked talk she may be pregnant.

The talk was amped up further after Rihanna’s best friend “liked” an Instagram post about the speculation.

The Fenty beauty boss has previously discussed her future plans for motherhood in a 2020 British Vogue interview.

She said that 10 years in the future from the time of the talk, she hoped to have children.

The singer is currently dating A$AP Rocky who told GQ earlier this year that she is the “love of my life”.

“So much better when you got ‘the one.’ She amounts to probably, like, a million of the other ones,” he said.