The Real Reason Why Beyoncé Is Obsessed With The Number 4 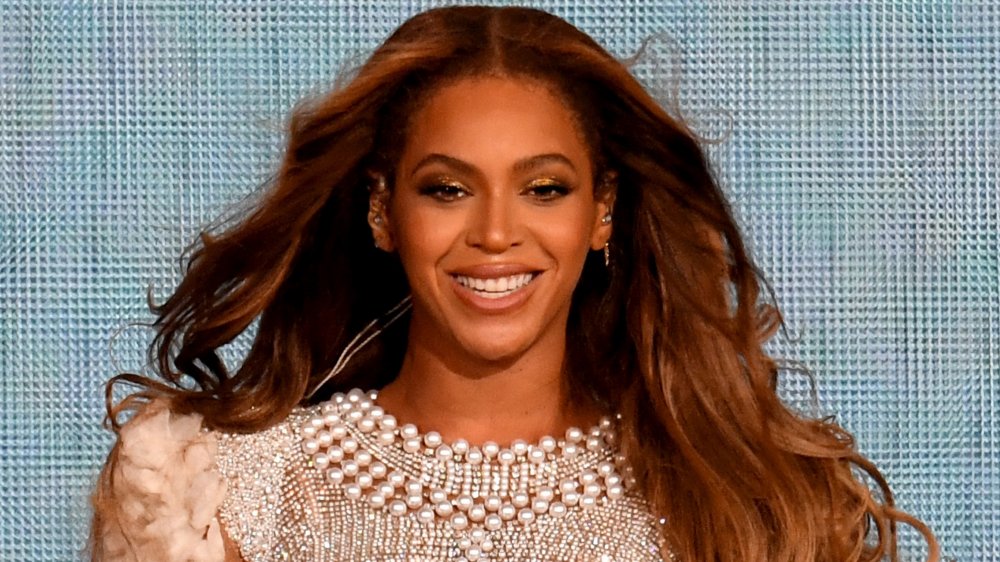 Beyoncé fans have noticed that the number 4 appears frequently in the Houston-born singer’s life and work. Her fourth album was called 4, and her daughter Blue’s middle name is Ivy, which sounds a lot like the Roman numeral for four, IV.

Beyoncé, who is famous for her insane work ethic as much as she is for her hit songs, was married to Jay-Z on April 4 (4/4) 2008 further highlighting her affinity with the number. It’s not just the day and the month that Beyoncé chose specifically, but also the year 2008: 8 divided by 2 is 4.

While performing at her Live at Roseland: Elements of 4 concert series back in 2011, Beyoncé explained to the crowd the significance of her wedding date, which also marked her and Jay-Z getting matching Roman numeral IV tattoos. There were also four concerts in the concert series.

So where does this obsession with the number 4 come from? Keep reading to find out!

What Is Beyoncé’s Connection To The Number 4?

The number 4 is clearly significant to Beyoncé, leading her to revolve much of her work around it. But the number began appearing in her life long before she named an album after it.

According to Nicki Swift, the numerology is behind Queen Bey’s attachment to the number, as many of her life events have taken place on the fourth.

These three dates have reportedly led Beyoncé to believe that the number holds incredible meaning for her and her family.

It seems that Jay-Z also believes in numerology since his 13th album was titled 4:44. When explaining the meaning of the record during a 2017 interview, he revealed the importance of the number in his life.

“4:44 is a song that I wrote, and it’s the crux of the album, just right in the middle of the album,” he said (via Nicki Swift). “And I woke up, literally, at 4:44 in the morning, 4:44 AM, to write this song. So it became the title of the album and everything. It’s the title track because it’s such a powerful song, and I just believe one of the best songs I’ve ever written.”

How Did Beyoncé Choose Her Other Kids’ Names?

Did numerology inspire all of Beyoncé’s children’s names?

Blue’s middle name Ivy is rumored to be inspired by the Roman numeral IV, while her first name is reportedly an ode to Beyoncé’s favorite color, blue.

Not long after giving birth to Blue in January 2012, Beyoncé posted an excerpt from A Field Guide to Getting Lost by Rebecca Solnit, explaining the significance of the color blue.

“The world is blue at its edges and in its depths,” the excerpt read (via Cheat Sheet). “This blue is the light that got lost. Water is colorless, shallow water appears to be the color of whatever lies underneath it, but deep water is full of this scattered light, the purer the water the deeper the blue.”

On June 13 (1+3 = 4), 2017, Beyoncé’s twins Rumi and Sir Carter were born. According to Cheat Sheet, Jay-Z explained that Rumi’s name was inspired by the 13th-century Persian poet and lyricist who was also a mystic and Islamic scholar.

In the same interview, Jay-Z explained the inspiration behind Sir’s name, revealing that it was mostly down to the baby’s swagger:

Beyoncé has given a limited number of interviews since the twins were born in 2017. But she has made her love for them publicly known through her music, writing several of her songs for them and dedicating a variety of projects to them.

What Is Beyoncé’s Favorite Song From Her Repertoire?

Beyoncé doesn’t often share the motivations behind her decisions, or her deepest feelings, so insights into her love of the number 4 and the inspiration behind her children’s names are always welcomed by fans.

ustle reports that the superstar also revealed another vital piece of information: her favorite song from her repertoire (from the Lemonade album of 2016).

According to one fan who attended Beyoncé’s Formation World Tour in Miami in April 2016, Beyoncé herself confirmed on stage that her favorite song from Lemonade is All Night. Video footage on YouTube also confirms that Beyoncé did tell the crowd All Night was her favorite just before performing the hit song.

Remarkably, the performance came just days after Beyoncé dropped the Lemonade album. Fans were already singing along to the tracks that would soon top the charts in the tradition of Beyoncé’s many other songs.