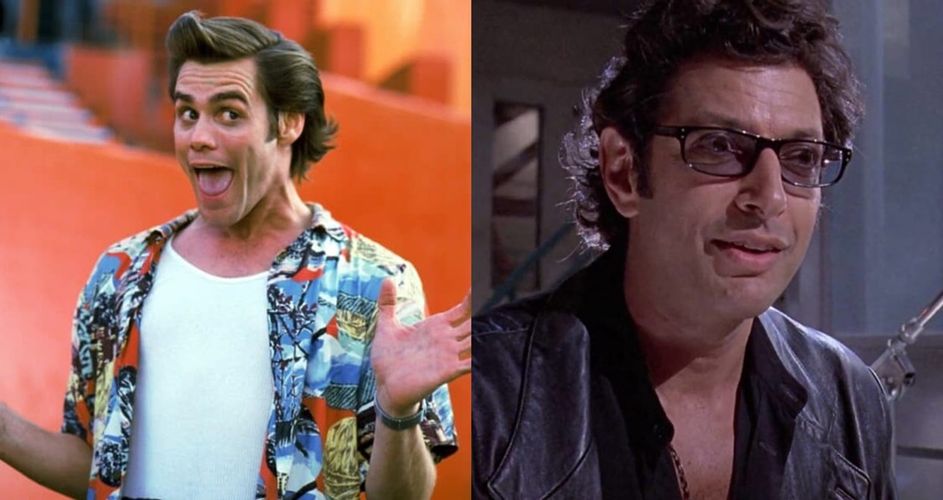 There are some castings that are just meant to be, and as many that are “almost weres”. One such anomaly in the world is that the role of Ian Malcolm in Jurassic Park was almost played by none other than Jim Carrey before he became a huge comedy star on the back of Ace Ventura: Pet Detective. How exactly that would have played out on screen is one of those things we can only let our mind imagine, but it is hard to picture someone like Carrey managing to pull off the sardonic wit of Malcolm as well as Jeff Goldblum and who knows whether it would have led to a completely different version of Jurassic Park: The Lost World in which Ian Malcolm took center stage.

Casting director Janet Hirshenson once spoke to The Wrap about the potential of Carrey being cast in the role when she revealed, “I read the book, and I thought of Jeff Goldblum right away. There were several other people we taped for the part, though. Jim Carrey had come in, and he was terrific, too, but I think pretty quickly we all loved the idea of Jeff.”

These situations don’t always end up with the first choice of actor being willing or available to take on a role that seems to be tailor-made for them, so there was every chance that Goldblum would have been forced to pass on the film. As it was, the actor was able to bring Ian Malcolm to life and the idea of having Jim Carrey in Jurassic Park became the stuff of lost fantasy. Of course, Goldblum has gone on to reprise his role, very briefly, in the franchise after appearing as a bookend cameo in Jurassic World: Fallen Kingdom, and we now know that he will have a larger role to play, along with other original Jurassic Park stars Sam Neill and Laura Dern, in Jurassic World: Dominion next summer.

Of course, things turned out alright for Carrey as well, with Ace Ventura allowing Carrey’s unique comedy style to burst free of any restraints that would have been put on him for the more contained performance that Ian Malcolm’s persona would have required. Carrey quickly went on to establish himself as a slapstick, rubber-faced giant of comedy for the following decade, with huge hits like The Mask, Dumb and Dumber and later Liar Liar cementing his place in cinema history. While some of this later comedy roles started to fall flat, Carrey began to show exactly why he almost made it into the cast of a decidedly more serious movie like Jurassic Park, with his performances in The Truman Show, Eternal Sunshine of the Spotless Mind and the series Kidding.

With Jurassic World: Dominion heading to cinemas in just over six months, fans of the dinosaur franchise are gearing up to see Jeff Goldblum’s Ian Malcolm returning to screens once again to deliver his chaos theory ramblings in a world that now has dinosaurs roaming the Earth, and in essence is the pinnacle of everything Malcolm warned about in his first scenes of Jurassic Park almost 30 years ago. In the end, the right man probably did get the job.

Jurassic World: Dominion will arrive in cinemas on June 10th, 2022, while Jim Carrey fans will be able to see him reprising his role of Dr. Robotnik in Sonic the Hedgehog 2 sometime next year, as well as potentially returning as Ace Ventura in a new sequel that is currently in development.