What happened to Apple’s new Self Service Repair program? Is it still coming? 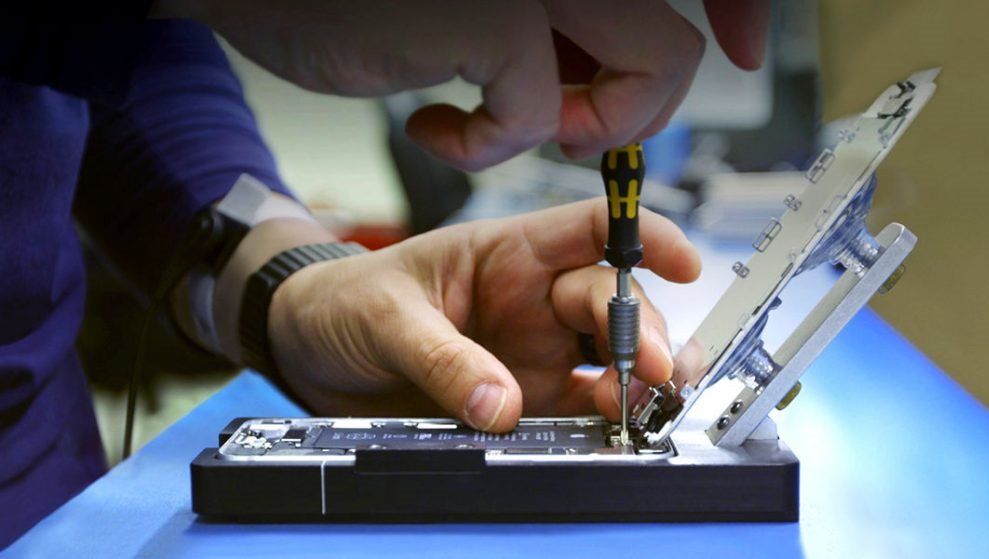 Google today announced a new partnership with iFixit, making Pixel displays, batteries, and other repair parts widely available. Apple has still not provided an update on its Self Service Repair program.

Apple last year announced a new “Self Service Repair” program, which for the first time would allow consumers to buy parts of iPhone, iPad, and other Apple products to repair them themselves at home. While the company had promised that the program would be launched earlier this year in the US, we haven’t heard about it since November 2021 – so what happened? Is it still coming?

What is Self Service Repair?

Apple has never been friendly when it comes to third-party repairs. Devices like the iPhone, iPad, and even the Mac have most of the parts soldered onto the logic board, and they also use special screws and adhesives that make the repair process difficult for anyone who is not a certified technician. The company has always discouraged “unauthorized” repairs.

However, independent repair shops and even some consumers have been asking for what they call “Right to Repair.” This resulted in bills that have tried to force tech companies to make DIY repairs easier.

The company then announced the Self Service Repair program as a way to show that it is committed to letting users repair their own devices if they want to. According to Apple, it would first provide repair parts for iPhone 12 and iPhone 13 models, which includes batteries, cameras, and screens. Apple said that the program would be expanded to more parts and more products like M1 Macs at a later date.

As of March 2021, the company is yet to launch the program and has never provided more details about it.

Is it still coming? Has Apple changed its mind?

The reasons why Apple hasn’t yet launched the Self Service Repair program are unknown, but there are some hints that indicate that the company still has plans to introduce it at some point.

For instance, some users have noticed that there’s an option to order “replacement parts” for the Apple Watch within the Apple Support app (although it only redirects the user to speak to an Apple advisor). The article published on the Apple Newsroom website is still there with the statement that the program “will be available early next year in the US and expand to additional countries throughout 2022.”

A leaked memo last year revealed that the program is managed by a third-party company, not Apple, so it’s unclear whether the parts will be available directly on Apple’s website or only through Apple Support. The memo also revealed that the company will make documentation and repair manuals available on its website.

In recent months, Apple has been making it easier to replace specific parts of the iPhone. Earlier this year, the company announced that authorized service providers now have access to a new tool capable of replacing the TrueDepth camera with the Face ID module without having to replace the entire iPhone. At the same time, a teardown of the new Mac Studio revealed that internal storage can be replaced by Apple.

One theory I have is that Apple has delayed the program due to component shortages, which have also been affecting the manufacturing process for multiple devices.