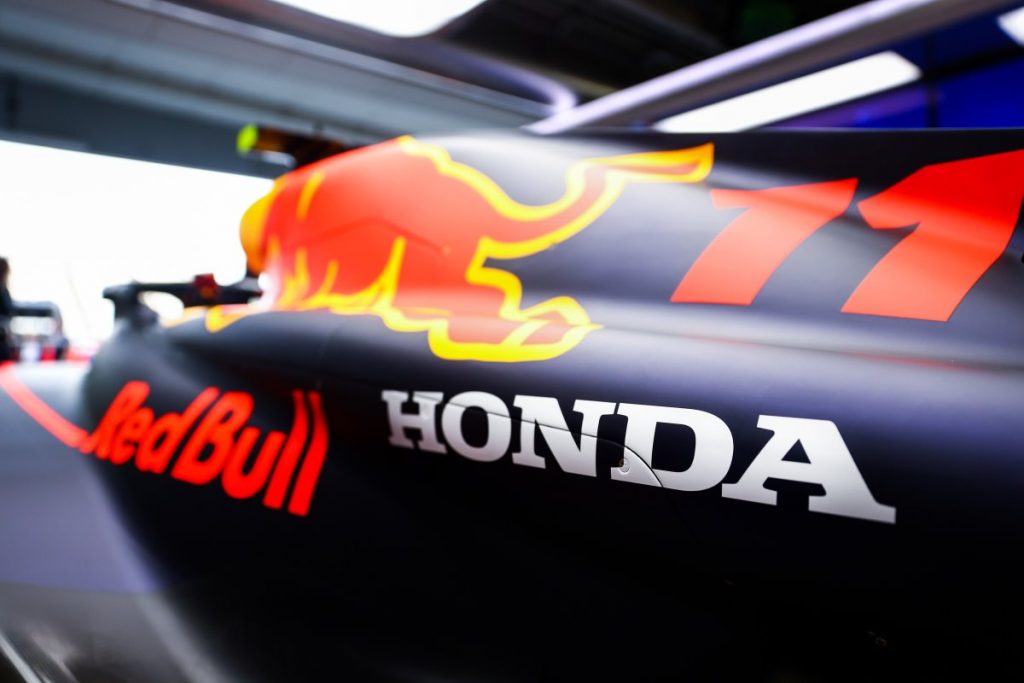 Red Bull could be in talks with the American automotive giant Ford for their next engine. The Milton Keynes-based squad is one of the most sought-after teams in F1 that does not have a power unit partner finalized for 2026. After an extended period of negotiations with Porsche, the talks broke down as the German giant was looking for more control than the team wanted to give.

After those talks ended, there was speculation that Red Bull would align again with its current partner Honda. To fuel the speculation, even more, Honda has registered its entry as an official engine supplier for the 2026 F1 season.

⚠️| Red Bull and Ford are reportedly in negotiations regarding a rebrand of Red Bull’s 2026 engines.

Ford would not offer technical support – but would instead provide marketing possibilities and increased brand visibility.

However, as reported by Motorsport.com’s Italian edition, Red Bull is also in discussion with Ford. The report claimed,

“The American company has understood how important F1 is becoming in global communication and seems to be interested in entering the GPs from 2026 by financially supporting Red Bull which has embarked on the construction of its own power unit. The US giant could get in the way of negotiations with the Japanese Honda who, in turn, have decided to subscribe to the next-generation engines. There will not only be Audi as the new brand involved in the GPs.”

The discussion gained momentum due to F1’s increasing influence in the United States, making the sport a viable marketing platform for the American brand. For Red Bull, the reason why this deal appears to make sense is because Ford does not have the technical expertise to develop the hybrid power unit that could compete in F1.

On the other hand, Ford could play the role of a partner and help the Austrian brand by supplying the team with finances. It could prove to be a win-win for both sides as Red Bull opens itself up to the American market even more while Ford establishes a presence in F1.

The only glitch for the Austrian squad while partnering with Honda is the Japanese brand’s willingness to contribute to the 2026 F1 power unit. The two parts into which the power unit will be divided will be the Internal combustion and the Hybrid part (both producing 50% of the power).

While RBPT has now started operations in Milton Keynes, and the Austrian team wants to do everything in-house, Honda’s willingness to be a part of the development of the power unit is a sticking point.

On the other hand, Ford does not have technical expertise anyway and is looking to associate with the team in any way possible by providing financial support.

For the Milton Keynes-based squad, the offer from Ford might be the most favorable as it will give the team complete autonomy on how it wants to run things. If we compare what both brands offer, Ford might be a better option than Honda.