Ford and Stellantis say car sales fell at the start of the year. 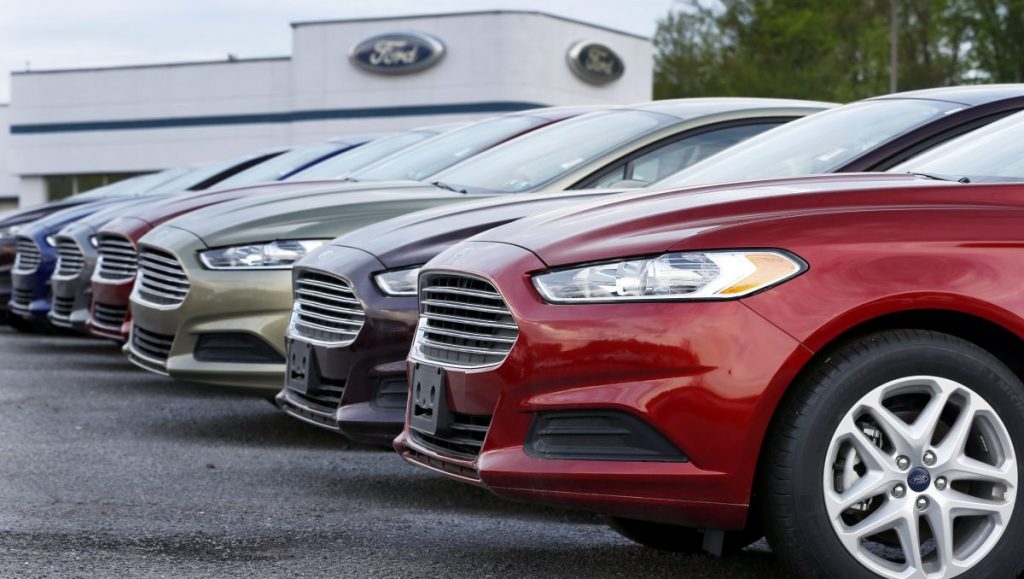 The automakers’ performance in the first three months was in line with that of other companies, like General Motors and Toyota.

Ford Motor said on Monday that its new-vehicle sales in the United States fell 17 percent in the first three months of the year, in line with other automakers that are struggling to keep their factories running amid a global shortage of computer chips.

Ford said it had sold 429,174 cars and light trucks in the first quarter, compared with 517,711 a year earlier. Its sales included 6,734 Mustang Mach-E electric sport utility vehicles, only 120 more than a year earlier, a reflection of the impact of the chip shortage.

Stellantis, the maker of Jeeps and Ram pickups, said its U.S. sales had fallen 14 percent to 405,221 cars and light trucks. Jeep brand sales only fell 2 percent, thank to two new S.U.V.s, the Wagoneer and Grand Wagoneer. The company’s Chrysler and Dodge brands declined 27 percent and 36 percent.

Established automakers have been struggling with the chip shortage for months, some for more than a year. By contrast, Tesla, the biggest seller of electric cars, said on Saturday that its new car sales were up nearly 70 percent in the first quarter.

Ford, General Motors and other companies have said they expect production and sales to return to more normal levels in the second half of the year.

Ford is seeing strong demand for its pickup trucks and S.U.V.s, Andrew Frick, Ford’s vice president of sales, distribution and trucks, said in a statement. The automaker took in 50,000 orders from retail customers for F-series trucks in March, which Mr. Frick said was a record.

Toyota Motor, which initially weathered the chip shortage better than its American rivals, outsold both Ford and G.M. in the first quarter, selling 514,592 vehicles, just ahead of G.M’s 512,846. Toyota also outsold Ford and G.M. in 2021, becoming the first manufacturer based outside the United States to achieve that feat in the industry’s nearly 120-year history.