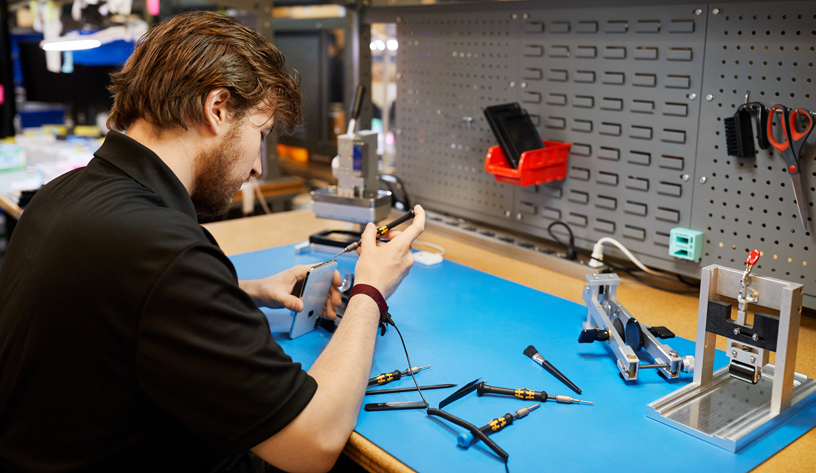 All of its operations run off the Self Service Repair Store website.

After announcing its Self Service Repair Programme in November and launching it in the US earlier this year, Apple has now opened up the same for users of Apple devices in Europe. The programme basically lets users repair their own devices by purchasing genuine parts and the tools needed for the repair from Apple. While the repair programme can be undertaken by anyone, Apple claims that it is ideally meant for users who have some level of experience with repairing complex electronic devices.

According to Apple, its Self Service Repair Programme will now be available in eight European countries including Belgium, France, Germany, Italy, Poland, Spain, Sweden, and the UK. Customers in these regions will now be able to repair recently launched iPhone 12 and iPhone 13 series, and more recent MacBook products, which were launched with Apple silicon.

Just like its customers in the US, all service-related parts, tools, and guides for the repairs will be available from the Self Service Repair Store website. Users interested in servicing their own iPhone or MacBook will have to log on, find a user guide, and check what is required for servicing their Apple product. Apple claims that the replacement parts and tools needed for self-service repair are the same ones that are made available for “high-volume, professional operations” and have the necessary safety features in place.

Users interested in repairing their own Apple products will need to purchase genuine replacement parts from Apple to ensure a functional device post repairs. The tools needed (depending on the type of repair) need not be purchased, as they can also be rented out at $49 for a week. Apple says that it will ship the rental kits to interested customers without charge.

In its release, the tech giant claims that it has doubled the number of service centres worldwide over the past three years and has a global network of more than 5,000 Apple Authorised Service Providers. After initially launching its Self Service Repair programme in the US only for iPhone 12 and iPhone 13 models, the company recently added Apple Silicon-powered MacBook laptops (as promised) to its list of self-serviceable products in August, 2022.