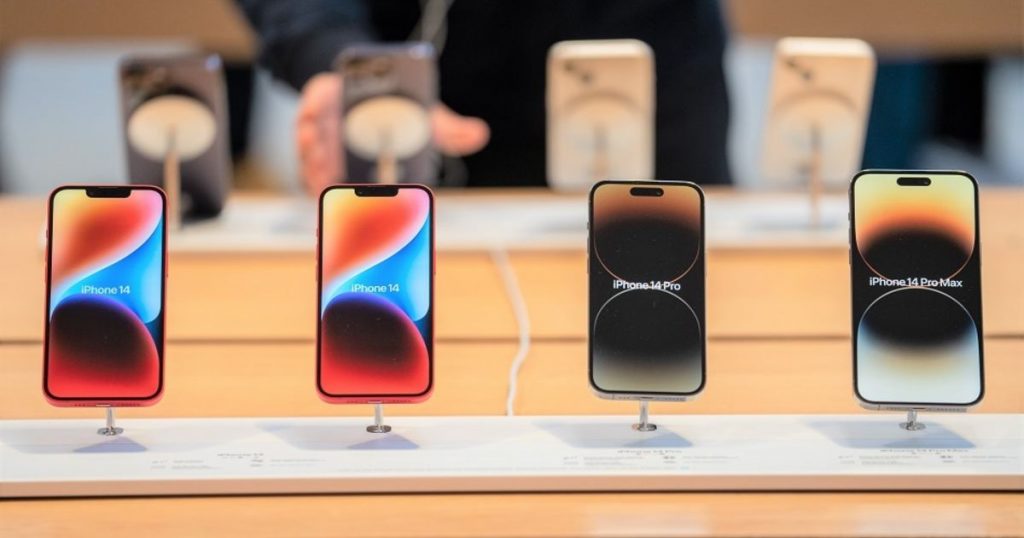 Apple has warned shoppers to expect delays in receiving its products after a strict Covid lockdown forced the world’s largest iPhone factory to shut.

The tech giant said its assembly plant in Zhengzhou, China is now operating at a significantly reduced capacity.

Officials locked down the district that is home to the factory, run by Foxconn, on 2 November for seven days.

It comes as China continues to target “zero Covid”, using lockdowns to tackle even minor outbreaks.

“As we have done throughout the Covid-19 pandemic, we are prioritising the health and safety of the workers in our supply chain,” said a statement from Apple, which launched its new iPhone line in September.

The announcement will likely disappoint investors who were hoping China would lift its Covid restrictions in the near future. Chinese stock markets rose sharply on Friday on the back of rumours of an end to lockdowns.

Beijing’s unyielding approach to arresting the spread of the virus has come at a huge economic cost. But the country’s leader Xi Jinping, who has personally endorsed the policy, has given no indication that it will ease soon.

The latest figures show the world’s second-largest economy struggling to cope with prolonged challenges posed by persistent Covid restrictions, a property slump and the risk of a global recession.

China trade figures released on Monday showed its imports and exports contracted unexpectedly in October. It is the first slump since May 2020. Outbound shipments for the month dropped 0.3% from a year earlier which is in stark contrast to a 5.7% gain in September. It was the worst performance since May 2020.

The country reported 5,643 new Covid infections on Sunday, its highest daily tally in six months. Zhengzhou, where the Foxconn factory is located, is the capital of Henan province in central China and is home to about 10 million people. It recorded 3,683 cases and 22 deaths on Monday.

Cases were also detected inside the factory, prompting a sudden shutdown that led to workers fleeing the premises. On Monday, the company started a recruitment drive at its Zhengzhou plant. It is offering workers who left the plant between 10 October and 5 November a one-time bonus of 500 yuan ($69; £60.88) if they return to work.

It is also offering a pay increase of 30 yuan an hour, according to a statement posted on its recruitment WeChat account.

Foxconn, the world’s largest contract electronics maker, has revised down its fourth quarter outlook due to China’s Covid control measures. The fourth quarter is usually a busy time for the tech company as demand for electronics rises ahead of the year-end holiday season in the West.

The Taiwan-based company said they are working with the Henan provincial government “to stamp out the pandemic and resume production to its full capacity as quickly as possible”.