Apple Car: What We Know 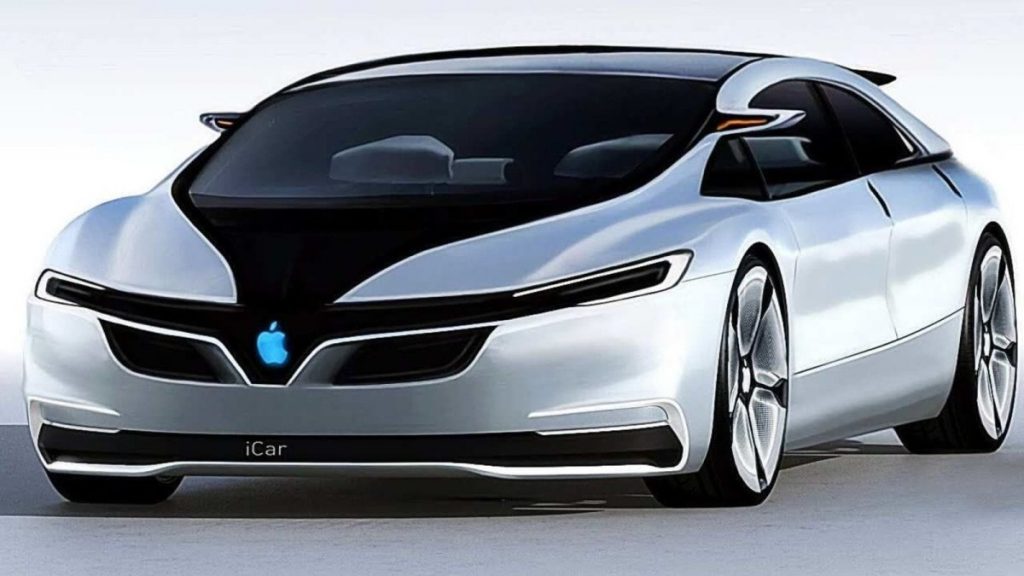 The history of the Apple Car is riddled with rumors and speculation. This is because there is no Apple Car, at least not yet, and Apple has a reputation for keeping future products under wraps. However, leaks happen, regulatory documents reveal potential details, rumors start and it becomes increasingly difficult to know what’s real and what’s made up.

Every time it seemed Apple was truly planning to move forward with a car, it never happened. At this point, there’s about as good a chance that an Apple Car will never exist as there is that it’s right around the corner, at least relatively.

That said, the tech company hasn’t been completely quiet about the potential for an entry into the automotive space, at least in some capacity. In addition, a few rumors related to the Apple Car have been substantiated.

We do know Apple has been working for years on a secret project code-named “Project Titan.” Based on the information gleaned to date, it appears there’s a better chance Apple will move forward with autonomous vehicle technology than manufacturing cars itself, though it could definitely produce an autonomous car prototype to show off its technology.

Based on details related to software regulations, DMV testing permits, talk of possible partnerships and Apple’s hiring of automotive experts, it seems something is certainly happening. However, no one knows what the plan is, aside from some tight-lipped people at Apple, and perhaps they’re not so sure either.

The Apple Car story takes us down a ridiculous rabbit hole that would require a novel to tell in its entirety, and for a car that may honestly never see the light of day. Nonetheless, let’s dive in and ponder the potential for Apple’s entry into the automotive space.

Apple’s co-founder and CEO – the late Steve Jobs – was considering an Apple Car even before the original iPhone. He reportedly decided in 2008 not to pursue the plan, only to meet with a lightweight car manufacturer in 2010. However, following that meeting, not much else was said about a potential Apple Car until years later.

The tech company’s current CEO, Tim Cook, has never directly admitted that the company is working on a car, but hasn’t completely denied it either. In 2017, Cook said in an interview with Bloomberg that Apple is working on autonomous technology, and thanks to software regulations, there’s proof of the project. In fact, Apple has been working on something code-named Project Titan since at least 2014.

Prior to the Bloomberg interview, Financial Times reported that Apple “for the first time publicly acknowledged its plans to develop self-driving cars.” The acknowledgment was attributed to a letter Apple sent to U.S. federal regulators asking them to promote fairness between new companies entering the automotive industry and legacy automakers. An Apple spokesperson went on to say that Apple’s work in the field could transform future transportation.

Over the years since then, Apple has hired many automotive experts, some poached directly from Tesla. The tech company has also been testing autonomous vehicle software after officially receiving permits from the DMV to allow the testing on California roads.

In 2018, it was reported that Apple was talking with Volkswagen to produce an autonomous vehicle, though it was later suggested that crashes during testing, along with a series of employee leaks, put an end to the idea. In early 2021, news broke that Apple was working with Hyundai and had signed some sort of agreement with Kia. However, it ended up either being a rumor – or perhaps Apple called it off.

Not long after the Hyundai and Kia debacle, reports surfaced that Apple was considering Nissan and other Japanese automakers. Again, the news fizzled out, and it was said that the various companies couldn’t agree on branding.

Needless to say, none of the above have amounted to anything to speak of. As the first quarter of 2022 is nearing its end, it’s pretty clear Apple still doesn’t have a partner that’s willing to help with an actual Apple Car. However, industry insiders continue to talk about a target date of 2025, but for what?

An Apple Car or the Tech Within the Car?

Apple may still move forward with the project on its own, though building cars might go beyond the scope of what Apple’s planning and/or is easily capable of. However, automotive-related software seems right up the tech company’s alley.

While no one at Apple has ever said anything official about an eventual Apple Car, Tim Cook, once again, all but confirmed the tech company’s interest in autonomous technology. In an interview with The New York Times, Kara Swisher asked the CEO several questions specifically related to self-driving cars. She noted in the interview that Apple acquired Drive.ai, a startup that uses artificial intelligence to develop self-driving car systems. Sound familiar?

If you’re familiar with Tesla, you may be aware that it’s currently working on beta software called Full Self-Driving Capability, which uses artificial intelligence to help pilot its cars. Of course, Swisher and Cook discussed Tesla and Elon Musk in the NYT interview. Cook said he admires and respects Tesla, and he’s impressed by the lead the company has. After reiterating his appreciation for Tesla’s work, Cook said:

“In terms of the work that we’re doing there, obviously, I’m going to be a little coy on that. The autonomy itself is a core technology, in my view. If you sort of step back, the car, in a lot of ways, is a robot. An autonomous car is a robot. And so there’s lots of things you can do with autonomy. And we’ll see what Apple does. We investigate so many things internally. Many of them never see the light of day. I’m not saying that one will not.”

Swisher asked if Apple’s work will be in the form of a car or the tech within the car. However, Cook made it clear he wasn’t going to answer that. Instead, he concluded:

“We love to integrate hardware, software, and services, and find the intersection points of those because we think that’s where the magic occurs. And so that’s what we love to do. And we love to own the primary technology that’s around that.”

The most recent news surrounding the Apple Car tends to focus on self-driving technology rather than a physical car. Reports surfaced in November 2021 that Project Titan has a new leader, Apple Watch software executive Kevin Lynch. He replaced Doug Field in the role, who came to Apple from Tesla, and is currently at Ford working on EVs and Digital Systems, where he will oversee software related to driver-assistance technology.

Lynch is focused on software, and he has no automotive experience. However, key members of his team include former Tesla executives Michael Schwekutsch and Stuart Bowers. Ulrich Kranz is also involved. Kranz oversaw BMW’s EV development and was also the former CEO of Canoo, an American autonomous EV startup company.

Lynch reportedly wants Apple to focus on a full self-driving system. Moreover, his goal is to make it happen by 2025. That said, people familiar with the matter are still referencing a self-driving car, not just self-driving technology. More specifically, they’ve talked about a car without a steering wheel or pedals that may be similar to Canoo’s autonomous-electric Lifestyle Vehicle.

While reports related to Apple’s autonomous car or autonomous technology should certainly be taken with a grain of salt, it was recently shared by anonymous insiders that the tech company has reached a major milestone in the development of the self-driving system. In addition, people providing details about the project shared that Apple designed the chip for the technology, much of the core work on the processor is already complete and now the company is tweaking the software that runs the self-driving chip.

Reportedly, Apple plans to put the systems into the Lexus SUVs it has been testing for years on California roads. As the company puts an emphasis on safety, it’s hiring engineers with backgrounds in autonomous systems and vehicle hardware. One notable hire was CJ Moore, who was formerly the self-driving software director at Tesla.

At this point, it’s still just a waiting game. It seems exceedingly clear Apple is planning some sort of entry into the car business. However, when, how and in what capacity are really still as much of a mystery as they were when the words “Project Titan” first came to light.