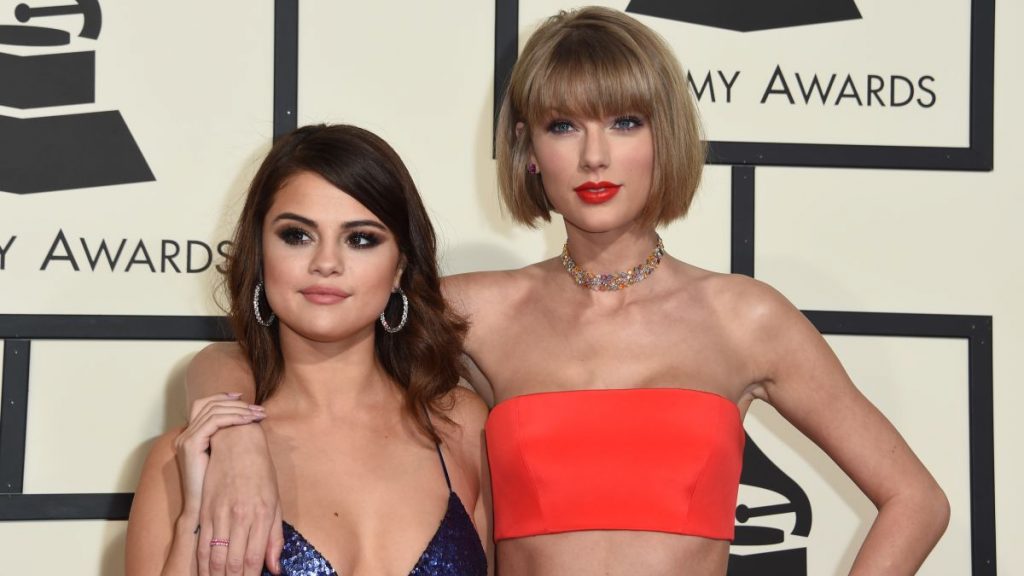 The actress admitted that she had a hard time fitting in with the “cool group” of celebrities, because she struggled with her identity.

As Selena, 30, stars in her Apple TV+ documentary, My Mind and Me, she told Rolling Stone magazine: “‘I never fit in with a cool group of girls that were celebrities,’

“My only friend in the industry really is Taylor [Swift], so I remember feeling like I didn’t belong.”

After doing a little soul searching, Selena admitted: “‘I felt the presence of everyone around me living full lives. I had this position, and I was really happy, but … was I? Do these materialistic things make me happy?’

After the film dropped on Friday, Taylor showed her support for her pal’s new movie on her stories.

She shared a snippet from the trailer and wrote: “So proud of you @selenagomez Love you forever.”

Selena, who started her career when she was just 15 years old, has spoken about how she considered taking her own life during a dark period.

She had been battling psychosis, which eventually lead to her being diagnosed with bipolar disorder.

Selena started hearing voices in 2018, which resulted in her being hospitalised.

She admitted that she doesn’t remember very much from that period of time, but said that she experienced “extreme paranoia” for months.

The actress said how she thought the world would be a better place if she wasn’t in it.

The 30-year-old looked back at the last decade of her life and said that she felt like she wasn’t in control of how she was feeling.

She told the publication that she had been in four treatment centres to help with her mental state.

She also said how there were times that she was unable to sleep for days on end.

With bipolar disorder, many sufferers swing from episodes of depression to mania.

In a manic episode, Selena said that she felt compelled to buy a car for everyone that she knew.

But then speaking about her lows, she said that she would totally isolate herself from the rest of the world.

She said that one of the things she struggled with was the restrictive life goals that she set herself when she was young.

The actress said how she thought she would be married by 25, but when she reached that milestone she said she “couldn’t be farther from it” and that “wrecked her”.

The Lose You to Love Me singer said that she wanted to make the documentary to help others going through similar journeys.