BREAKING NEWS
Home Celebrities Kim Kardashian: Kanye LIES! He Can See the Kids Whenever He Wants To!

Kim Kardashian: Kanye LIES! He Can See the Kids Whenever He Wants To! 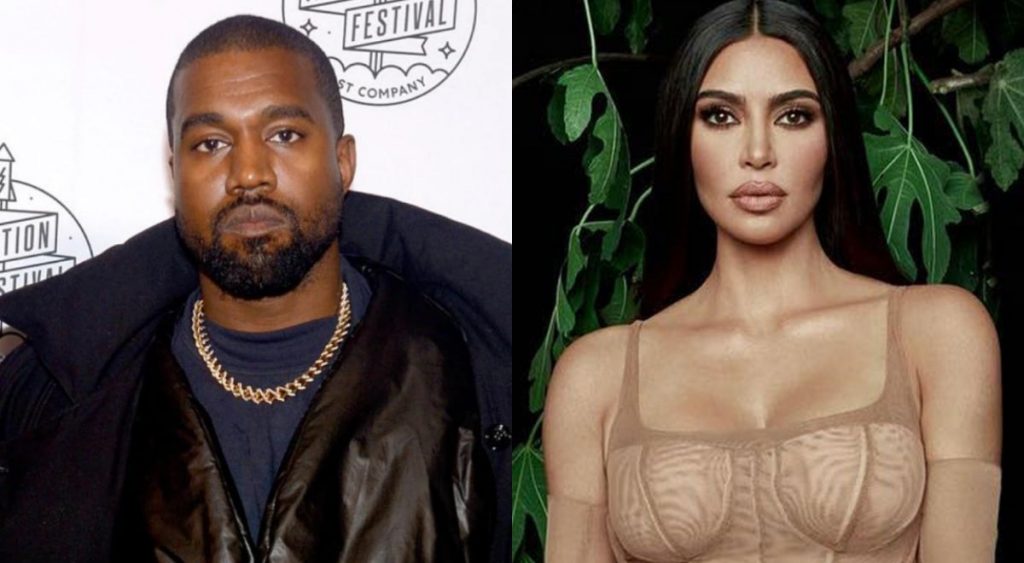 Erratic, unpredictable behavior from Kanye West is certainly nothing new.

In fact, at this point, the rapper is as well-known for his emotional instability as for his music.

But even by Kanye standards, Kanye has been off the rails in recent weeks — and the situation is getting uglier by the day.

As you’re probably aware, the rapper has been stalking Kim Kardashian and harassing her boyfriend, Pete Davidson.

Despite his massive fortune and the fact that he’s one of the most famous people on the planet, Kanye is relying on classic stalker tactics these days, bombarding his ex with messages and airing their dirty laundry on social media.

The hope, it seems, is that he’ll be able to turn the public against Kim and hurt her chances of retaining primary custody of her four children.

Of course, Kanye is almost certainly not concerned for the children’s welfare.

Rather, he’s seeking to punish Kim for dating someone new, and he knows that the best way he can hurt his ex is by interfering in her relationship with her kids.

With this strategy in mind, Kanye launched another random attack against Kim’s parenting this week, this time criticizing his ex over some pins he found on their eldest daughter’s backpack.

“This was on my daughters back pack when I was ‘allowed’ to see her last week,” Kanye wrote alongside this photo of North’s bag, which featured pins depicting Kim, Kanye and an alien.

“This is why I go so hard for my family I am wired to protect my family at all cost As the priest of my home Don’t worry Northy God is still alive.”

Kanye didn’t say why he finds the pins so objectionable.

Whatever the case, Kim was quick to clap back at this latest round of melodrama, promptly calling Kanye out for misrepresenting the situatiion.

“Please stop with this narrative, you were just here this morning picking up the kids for school,” the mother of four responded to her ex’s idiocy.

That shut Kanye up for the moment, but fans still fear that the situation will eventually turn violent.

They’re particularly concerned in the wake of Kanye’s latest music video, in which a claymation version of the rapper decapitates Davidson and buries him alive.

Many have urged Kim to file for an order of protection against Kanye.

But according to a new report from TMZ, Kim is refusing to take legal precautions against her ex for fear of the impact that such action might have on her children.

Of course, if recently-posted screenshots of the texts between Pete and Kanye are any indication, no one is afraid of West anyway.

After responding to Kanye’s question about his location with “I’m in bed with your wife,” Pete cautioned the rapper that his petty behavior is likely to attract consequences.

“I’ve decided that I’m not gonna let you treat us this way anymore and I’m done being quiet,” Pete wrote in part.

All of this comes on the heels of Kim posting photos of her and Pete on her Instagram page for the first time.

“Her happiness is completely being put first and her posting the picture of her and Pete for the first time was her doing that,” a source close to the situation tells People magazine.

“The night before she posted the picture of them together, she said she just wanted to be happy and speak her truth,” adds the insider. “She’s not holding back anymore.”

Jason Lee, Head of Media and Partnerships for West, issued a statement in response to this week’s developments.

“Ye has no interest in addressing ‘sources’ because he sees those unnamed sources as distractions to the work that’s happening in real life,” Lee says.

“His primary focus is on being a dad and his beautiful children. He has hired an amazing team of overly qualified people who will be announced soon focusing on his brands, his vision for advancing technology, and his music,” the statement continues.

“Anyone suggesting that he needs any one person to be stable is laughable.”

Well, we won’t pretend to know what Kanye needs in order to be stable.

But we will say that whatever it is, it’s pretty clear that he’s not currently getting it!