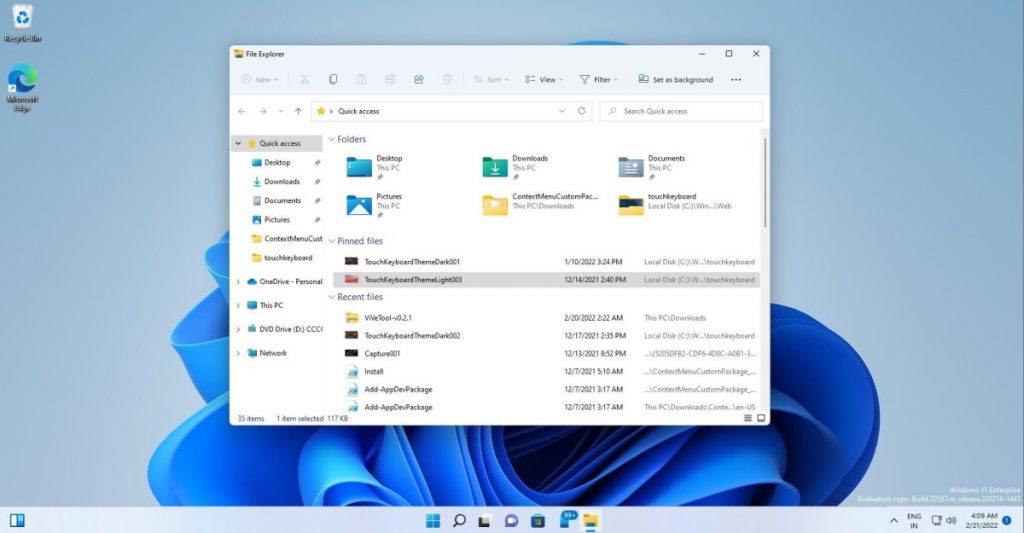 This week, Microsoft released the Windows 11 2022 Update and Windows 10 22H2 Update. The former includes File Explorer tabs to ease organizing files and switching among folders, while the latter has security improvements.

Explorer’s OneDrive integration provides collaboration features like showing which colleagues edited or commented on a file.

Microsoft added to Windows suggested actions based on how the operating system interprets users’ activities. For example, it highlights phone numbers or future dates in the text. Clicking on the numbers can launch a call with Phone Link, Teams or Skype. Doing the same with dates will trigger the option of scheduling an appointment or adding an event to a calendar.

Microsoft added what it said were two highly requested taskbar improvements. People can pin more apps than space allows, tossing the extra into an overflow menu. Second, right-clicking on the taskbar allows users to head directly to the Task Manager.

The company also redesigned its Photos app gallery to simplify organizing pictures from a smartphone camera or OneDrive. Microsoft plans to roll out the improved gallery by the end of October.

Last week, Microsoft introduced an iCloud for Windows app in the Microsoft Store. The software lets people access pictures on their Apple iPhones through the Photos app. Microsoft plans to make the iCloud integration available in November.

Other enhancements include access to the Amazon Appstore for downloading Android apps and games. Also, Microsoft made the ESPN app available in the Microsoft Store for sports fans.

Microsoft received an unenthusiastic reception from corporate customers when it released Windows 11 in October 2021. Today, many companies prefer to hold on to Windows 10 for as long as possible before undertaking an upgrade. Microsoft plans to continue supporting Windows 10 Enterprise and Education editions until Oct. 14, 2025.

Windows 11 use has grown slowly. In October, 2.61% of Windows users had switched to Windows 11, up from 1.17% in April, according to Lansweeper, an IT asset management company. Business adoption of Windows 11 was almost 2.5%.

A reason for Windows 11’s slow adoption rate is its system requirements. The minimum requirements for the OS are 4 GB RAM, 64 GB storage, and a 1 GHz processor with two cores on a 64-bit processor or a system on a chip.