Is Audi going to build its first US EV assembly plant? 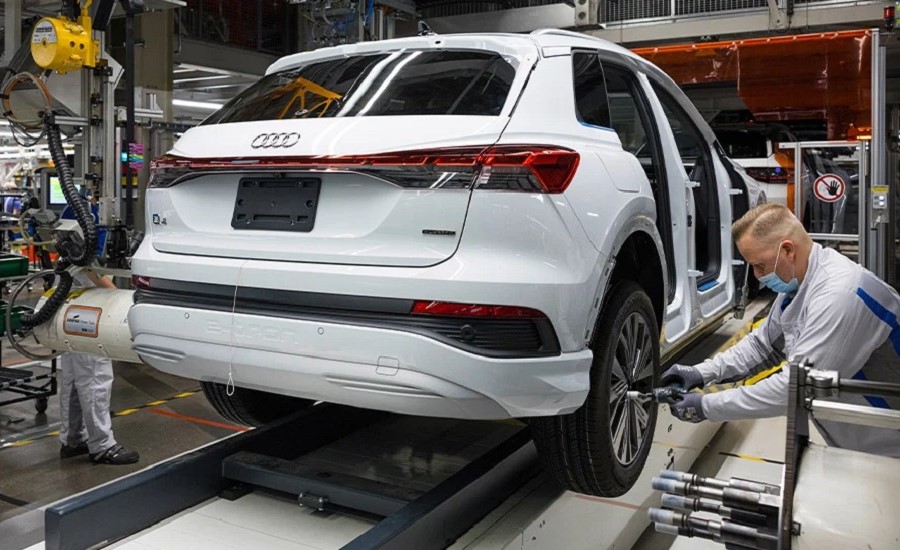 Audi is the latest automaker looking to shift its strategy after the historic Inflation Reduction Act was passed, expanding federal tax credits in the US. In an interview with Automotive News, Audi’s chief technical officer, Oliver Hoffman, said the IRA bill will have a “huge impact” on its North American strategy as the automaker considers building its first US EV plant.

Volkswagen is in the midst of a complete portfolio overhaul to satisfy the growing consumer preference for electric vehicles, particularly in the US. The automotive group and its subsidiaries, including Audi, are looking for ways to expand their manufacturing capability in the states to remain competitive, including a potential EV plant. Federal incentives for EVs are expected to drive demand in the coming years.

The Inflation Reduction Act, passed in August, provides tax credits for buying electric vehicles in the US. If you buy a new EV, you may be eligible for a $7,500 tax credit or $4,000 for used ones.

However, for a model to be eligible, it must meet strict battery sourcing and manufacturing requirements. The majority of battery components must be sourced from North America, while final assembly must also occur in North America or with US free trade partners.

Currently, Volkswagen’s ID.4 is the auto group’s only electric model that will likely qualify for the credit. The ID.4 is built at VW’s manufacturing site in Chattanooga, Tennessee, where it began production in July.

Audi opened its first North American assembly plant in San Jose Chiapa, Mexico, in 2016, where it builds the Q5 SUV, one of its most popular models. For now, all Audi EVs are imported into the US, yet with the tax credit rolling out, the luxury automaker looks to change that.

According to the interview with Automotive News, Audi EVs may eventually qualify for the federal tax credit. Hoffman, at Audi’s design center in Malibu, California, stated the automaker is looking for opportunities to build that brand, including potentially expanding its manufacturing capabilities in the US, adding:

And now we are on the way, especially as the rules changed and as you know there is big spending of the government for EVs, with special circumstances, and we are looking forward to how we can meet these requirements.

The new Audi Q4 E-tron will use VW’s modular electric drive matrix (MEB) platform, the same one used to build the ID.4, opening up the possibility of sharing an assembly line.

VW is leading in battery, and overall EV investments as the automakers commits to phasing out gas-powered vehicles. By the end of the decade, the automaker wants 50% of US total sales to be electric.

For us, we have big opportunities within the group to make this happen, with our platform spreading strategies, this is a big opportunity for us. And we will look where we want to produce our cars in the future.

Audi’s CTO says he and other Audi higher-ups are “really impressed” at how electric vehicles are growing in the US, adding a decision on whether to build an EV plant in the US could come in 2023.