Fans Hate That These 8 Celebrity Couples Broke Up In 2022 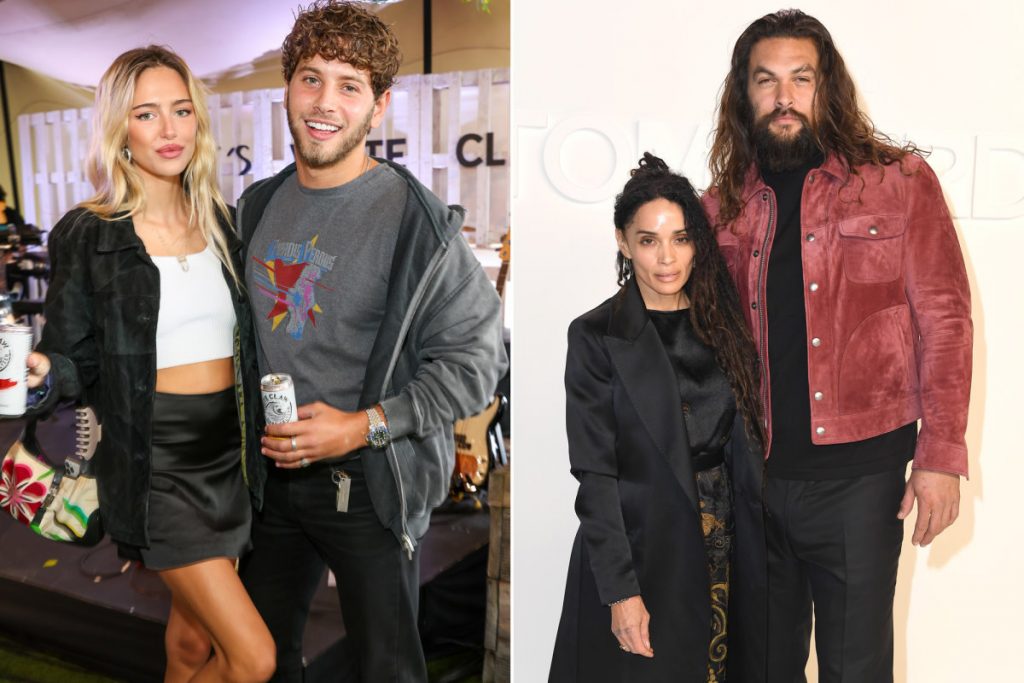 As a celebrity, it is very hard to keep personal lives private. Fans always want to know what is going on in an actor’s or singer’s life, so reports of happiness and scandal are always being reported to the public. Social media specifically has greatly increased the amount of private information that celebrities share with fans, whether they want to or would rather keep things to themselves.

The most important information fans want to know is who a celebrity is dating. Relationship drama is in high demand by the public, and fans become very dedicated in celebrity relationships. This dedication only makes matters worse when celebrities end up parting ways. Here are some of the celebrity couples that called in quits in 2022 that fans are devastated are not remaining together.

The romance of Clayton Echard and Susie Evans was one of the biggest controversial relationships in the eyes of Bachelor Nation. Echard was the bachelor of The Bachelor’s 26th season at the beginning of 2022. Fans despised Echard for telling three girls he was in love with them: Gabby Windey, Rachel Recchia, and Susie Evans.

Echard ended up leaving The Bachelor alone, as Evans had left and he sent Windey and Recchia home. After the show, Echard and Evans reconciled and dated for a long time. Fans are upset that they announced their separation, especially considering all the drama that led to them getting together. Evans shared she is trying to “fix her life” post-slit.

Rumors of their split began in early September when Michaels and Saxe both shared lyrics from unreleased songs. The story of their break up seems to be the inspiration behind their upcoming music, and fans are sad to see this songwriting power couple call it quits.

Paul Wesley is known for his role of Stefan Salvatore in the CW show The Vampire Diaries. He was previously married to actress Torrey Devitto, who had a small role in the show during its third season, but they divorced in 2013.

Wesley has been married to Ines De Ramon since 2019, but they are now getting a divorce. The news was reported this fall, but they made the decision to go separate ways earlier this year. Fans are saddened that Wesley’s second marriage is also not working out.

Dan Reynolds is the famous lead singer of the alternative band Imagine Dragons. They are best known for their hit song “Radioactive.” He has been with wife Aja Volkman for more than a decade and have four children together. While this is not the first time they have separated, it seems this time it will be for good.

“I love her, she is my best friend,” Reynolds said of his ex-wife. “An incredible mother, and we are going to be great parents to our kids.” The two plan to keep their relationship civil for the purpose of co-parenting their children.

Leonardo DiCaprio is the permanent bachelor in the eyes of Hollywood. He is known for dating women who are much younger than him, and social media claims the actor has an age cut off for his significant others.

This seemed to be true with his most recent split. DiCaprio has split from his girlfriend of four years, Camila Morrone, and she has stayed quiet on their break up. News of the split caused many fans online to criticize DiCaprio’s dating habits, though he claims age has never been a determining factor in his relationships or break ups.

News of Danielle Ruhl and Nick Thompson’s divorce shocked many fans. The two starred in Netflix’s Love Is Blind season 2 and were married for a year before filing for divorce. Netflix also just released a Love Is Blind reunion, which showed Ruhl and Thompson in a very good and happy place. Fans are left to wonder what went down between the time of filming and the release of the episodes.

They are not the only couple to split from the second season of Love Is Blind. Jarrette Jones and Iyanna McNeely also chose to file for a divorce, but fans were not as shocked by their split since they had been public with their marital issues. Deepti Vempati and Kyle Abrams also broke up this year, and they announced their split just days after their relationship was confirmed.

Fans of The Vampire Diaries are devastated to hear the news that Candice Accola has filed for divorce from her husband Joe King. The two first met at a party in 2012 thanks to Accola’s former co-star Nina Dobrev. They were married in 2014 and have two daughters.

Accola filed for divorce earlier this year, and hinted at the news on her social media. She labeled an outfit as a “single mom” look, and fans were instantly saddened by the news she was separating from The Fray musician.

Potentially one of the biggest relationship dramas of 2022 is the divorce of Emily Ratajkowski and Sebastian Bear-McClard. The two secretly married in a courthouse wedding in 2018 after only a couple weeks of dating, though they had known each other for years. They welcomed a son in 2021.

Ratajkowski stopped wearing her wedding ring in public this year, which has fans questioning the status of their marriage. Page Six reported that Bear-McClard was a “serial cheater” and had been unfaithful. Fans are supporting Ratajkowski and are upset that she has to go through this painful split.