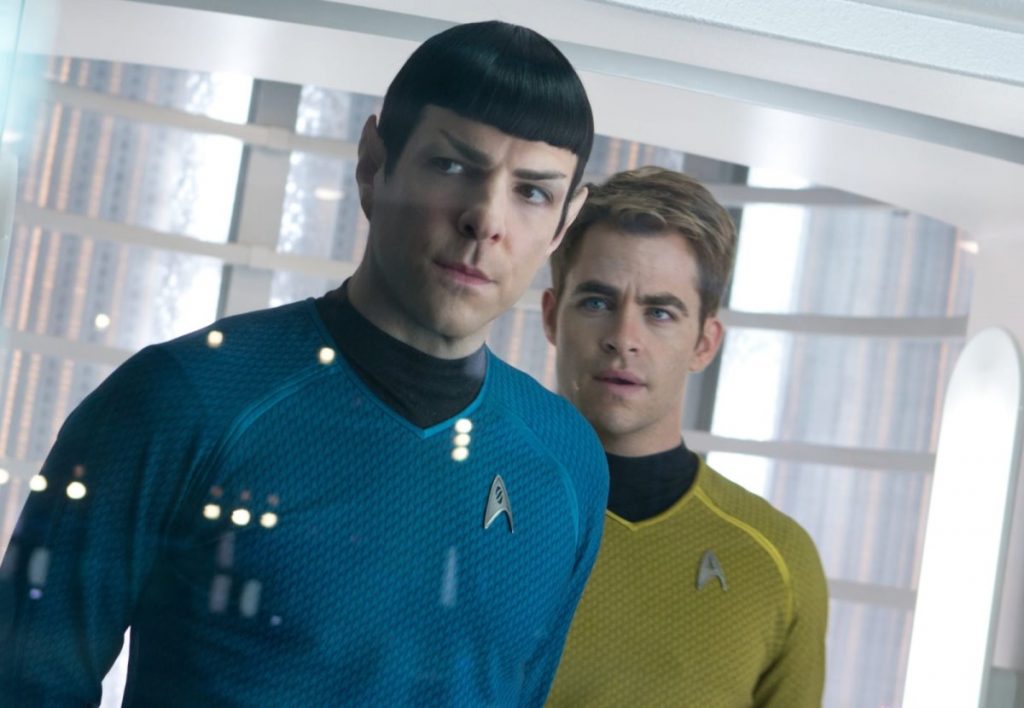 After some promising updates following years in development hell, Star Trek 4 has lost its director and no longer has a release date attached.

More than six years after Star Trek Beyond, Star Trek 4 is still stuck in development hell. After the first half of 2022 saw promising Star Trek 4 news, it would seem like the Trek franchise would finally return to the big screen. However, subsequent developments mean the wait for Star Trek 4 is far from over.

Designed to reboot the saga on the big screen and introduced Star Trek to new audiences, J. J. Abrams’ Star Trek (2009) succeeded in its mission and set up an exciting future for the saga. While obviously very different from classic TV Star Trek given the differences in the format, Star Trek offered an exciting take on that universe and its characters. Set in an alternate timeline, Star Trek and its sequels help redefine Star Trek for modern audiences despite divisive reception from those who already followed the franchise.

With a blockbuster-level budget and cast of both established and up-and-coming Hollywood stars, the Kelvin timeline Star Trek films had everything they needed to succeed. Star Trek was followed by Star Trek Into Darkness (2013), which remains the highest-grossing Star Trek movie of all time. Justin Lin took over the franchise after J.J. Abrams went on to direct Star Wars Episode VII, with Star Trek Beyond being released in 2016. After years of no updates regarding Star Trek 4, the Star Trek Beyond sequel finally picked up momentum when Game of Thrones and WandaVision director Matt Shakman was hired to helm the movie with the original Kelvin timeline cast returning. Star Trek 4 even had a release date – December 22, 2023 – and the project seemed to finally be moving fast. However, following Shakman’s departure from the project to direct Fantastic Four, Star Trek 4 was removed from Paramount’s slate and is back to square one. This, seemingly, has dire implications for the franchise’s future.

Star Trek 4 Is Now 6 Years In The Making

While Star Trek Beyond works as a satisfactory ending to the Kelvin timeline story, as it sets up the Enterprise crew finally heading into the five-year mission that would define their lives, there was enough room for future Star Trek sequels to reinvent the happenings of the original show. Therefore, it was no surprise that a Star Trek Beyond sequel was announced to be in the works right after the Justin Lin movie premiered.

However, not much was heard about the project until 2018 when S.J. Clarkson was picked to direct the film. That initial version of Star Trek 4 would have seen Chris Hemsworth reprising his Star Trek role as George Kirk. Given how Star Trek is quite used to time travel, it would not be too far-fetched to have the now global MCU star Chris Hemsworth rejoin the franchise. However, that time travel version of Star Trek 4 fell apart in 2019 once both Chris Hemsworth and Chris Pine were reportedly unhappy with the deals that were offered. With S.J. Clarkson officially signing off of the project, Star Trek 4 entered its first development hell phase.

Noah Hawley was eventually hired to start a Star Trek 4 story from scratch, and while the plan was for the Kelvin timeline actors to return, Hawley later announced that the film would feature an all-new crew. However, Noah Hawley’s version of Star Trek 4 never came to be, and the crafting for a Star Trek Beyond sequel once again faltered. Matt Shakman was then hired in 2021, followed by the announcement at beginning of 2022 that the Kelvin timeline cast led by Chris Pine, Zachary Quinto, Zoe Saldana, John Cho, and Karl Urban would return for Star Trek 4.

Why Star Trek 4 Is Taking So Long

With Shakman now out of the project and Star Trek 4 currently without a release date, the wait for a new Star Trek movie continues to be frustrating. While the creative side of things obviously played a huge part in why Star Trek 4 never had a ready-to-shoot kind of script, the financial aspect also helps explain why Star Trek 4 is taking so long. Star Trek Into Darkness made $467,4 million at the box office, a significant improvement from Star Trek’s $385,7 million. However, Star Trek Beyond went on to make $343,5 million and become the lowest-grossing film the in the rebooted franchise. Considering how Star Trek Beyond and Star Trek Into Darkness had a similar budget, Beyond’s disappointing box office meant that the franchise would have to be careful going forward.

The studio reportedly wanted to reduce the budget going into Star Trek 4, which reportedly led to the negotiations with Chris Pine and Chris Hemsworth falling apart. With that original idea for Star Trek 4 not happening, the studio became open to all sorts of pitches, including a Quentin Tarantino standalone Star Trek movie. That lack of definition as to what the new Star Trek movie should be, plus the always-increasing financial risk of following up a movie from 2016, led to Star Trek 4’s many delays.

Such a long wait for Star Trek 4 risks the franchise losing its biggest selling point, the Kelvin timeline cast. Despite the mixed reception with which Star Trek, Into Darkness, and Beyond were received, the cast put together for the Kelvin timeline version of the legendary crew of the Enterprise was very much a universally praised side of the franchise. Even those who did not like J.J. Abrams’s take on Star Trek could agree that the Kelvin timeline cast honored the Star Trek characters and their original actors. Initially a group of promising stars at the time of Star Trek, the Kelvin timeline cast rose to the status of A-list Hollywood stars and thus represent Star Trek 4’s best chance of happening. However, the long gap between the movies could lead to some of those actors deciding not to return. In fact, the December 2023 date for Star Trek 4 was announced before there was even a deal for the cast to return suggesting that there’s a real risk they may be absent.

Even when the now Fantastic Four director Matt Shakman was still attached to direct Star Trek, the December 2023 date seemed way too unrealistic. The return of the Kelvin timeline cast was announced in February 2022 when none of the actors had read a script, which means the film would have less than two years to be made if it were to make it to the planned release date. With no deals officially announced for any of the Star Trek cast members, plus a new director yet to be found, Star Trek 4 is not expected to premiere sooner than Summer 2024. That said, if the search for a new director takes too long or if an eventual starting date for the shooting has to be postponed given the cast’s availability, Star Trek 4 could be eyeing an even longer delay.

With Star Trek: Strange New Worlds paying off a new era for Star Trek on TV with a critically claimed show, there may be no better time to relaunch the cinematic Star Trek franchise. The Kelvin timeline cast often expresses their desire to reunite with their castmates for a new Star Trek movie, and that is something the studio should not waste. That said, it remains to be seen how long it will take for Star Trek 4 to find a new director.