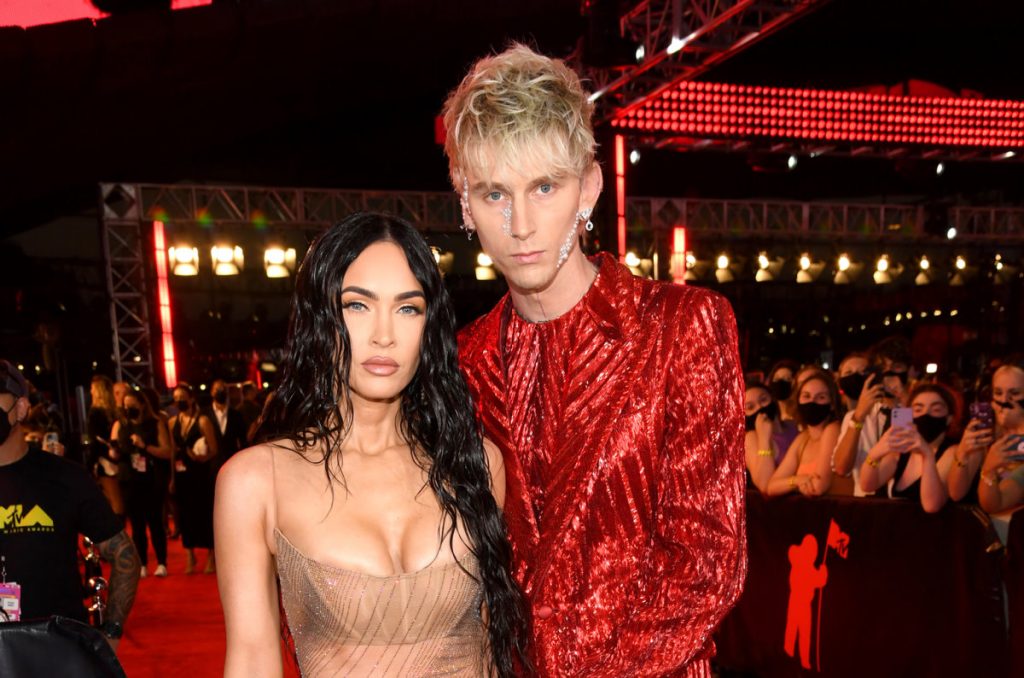 It was in the month of January, when lovebirds Megan Fox and Machine Gun Kelly took to social media to officially announce their engagement leaving their fandom rejoiced. In the recent past, the couple have been making headlines for their appearance together in the NBA All-Star Celebrity game. Speaking of which, when Machine Gun Kelly was introduced during the event, his date Megan also got an unexpected shoutout from the commentators.

At the NBA All-Star Game 2022, while welcoming the rapper, the event organisers announced, “Please welcome Machine Gun Kelly and his wife, actress Megan Fox!” Although the two got engaged recently, they haven’t sealed the deal yet. As soon as the announcement was made, Megan shared a timid smile as she turned towards her rapper fiance. Covering her face, the Transformers fame star whispered something amusing in Kelly’s ears. Post this, the duo broke into laughter as they conversed something in private. Take a look at Megan’s reaction in the video below:

While making their engagement official, Megan traveled back in time to recollect the day the couple first met each other. Explaining their emotional state at the time, the actor opined that the two were oblivious of the pain that they were about to face in the future. However, ‘all’s well that ends well’. After dating each other for two years, Machine Gun Kelly finally popped the question.

Megan shared, “In July of 2020 we sat under this banyan tree. We asked for magic. We were oblivious to the pain we would face together in such a short, frenetic period of time. Unaware of the work and sacrifices the relationship would require from us but intoxicated off of the love. And the karma. Somehow a year and a half later, having walked through hell together, and having laughed more than I ever imagined possible, he asked me to marry him. And just as in every lifetime before this one, and as in every lifetime that will follow it, I said yes.…and then we drank each other’s blood. 1.11.22 (sic).”

In a romantic video that captures the rapper going down on his knees, the lovebirds can be seen embracing each other in a warm hug before Megan said ‘yes’. Take a look at the video below: