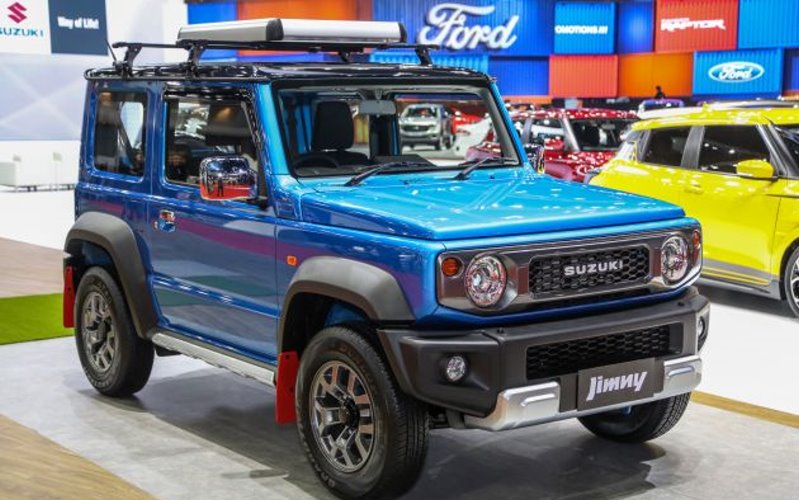 Remember the Suzuki Gypsy? The new Suzuki Jimny is essentially the same car, only that it is named differently in Japan. Suzuki has displayed the Jimny Tough idea at the GAIKINDO Indonesia International Auto Show 2019. Looks like the new Pajero is in for some tough competition!

The Jimny Tough is, as it may sound, a beefed-up version of the same. It’s a very well put together a machine with looks to kill. The standard Jimny has a ground clearance of about 210mm, which looks puny when placed in front of the Jimny Tough’s 810mm. The one on display came painted in a dull-green shade.

The most obvious changes are the Australia-based ARB front guards, spotlights and side steps coupled with custom back guards, LED light bar and custom extra tire mount. When it comes to the tire department, the Jimny Tough is specced with rough terrain specific Savero Komodo Extreme elastic from GT Radial. It additionally comes outfitted with Old Man Emu dampers and springs from ARB.

In the engine is the recognizable k15B 1.5-liter unit which is also found in the Ciaz. This engine produces 102PS and 130Nm of torque and in the transmission department, a 5-speed manual transmission does the job with the power being sent to each of the four wheels.