How to Fight Inflation: 6 Money-Saving Tips for 2022 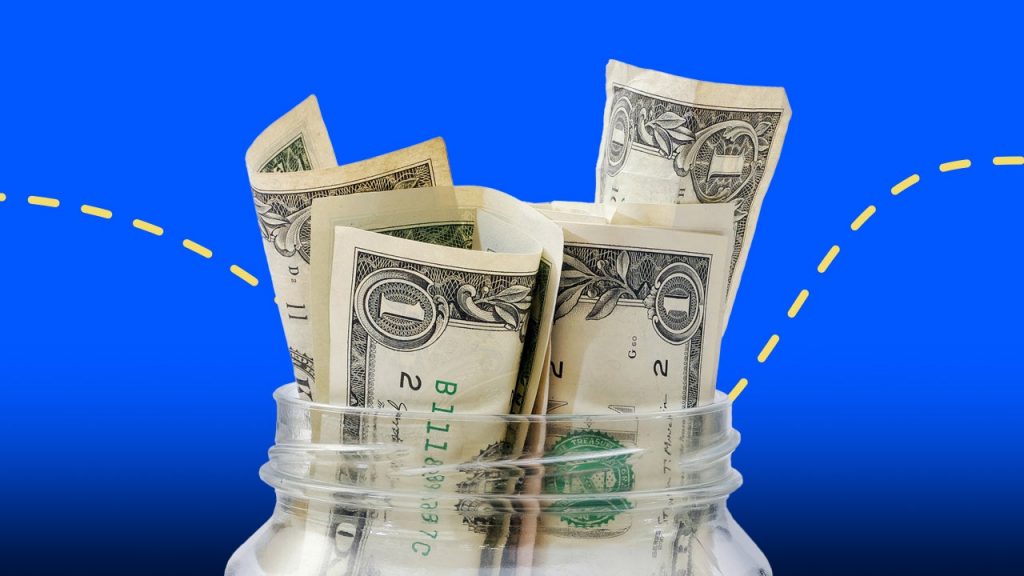 It’s no secret that inflation has battered a lot of bank accounts in the last year. Some prices have been going down lately, like gas, but other prices, like that for food, are still climbing.

If you’re looking to save money, here are some money-saving tips in six areas of your spending life.

Inflation-fighting tip: Remember that you always pay for convenience.

Convenience costs more when it comes to virtually any purchase you make, but it’s especially costly when you’re traveling. John Shrewsbury, a financial advisor and co-owner of GenWealth Financial Advisors in Bryant, Arkansas, often goes on business trips and says that he has observed what many of us likely have: “Convenience comes at a significant price.”

He cites staying at a hotel near your destination as often being far higher a price than staying at a lower price a bit further away.

“Most airlines charge for luggage, so packing efficiently could save $30 to $50 bucks,” Shrewsbury says. “And, on that rental car, pumping your own gas to fill up right before you return will save several dollars over letting the rental company fill it and charge you.”

He has other examples. “Eating at the hotel is likely to be more expensive than at a nearby restaurant. Also, food at the airport is usually more expensive because they have a captive audience, so if possible, eat before you leave for the plane.”

Granted, plenty of travelers are willing to pay more for the convenience, and if you are, that’s fine. But it is something to remember, if you’re looking to save money on travel. If you’re willing to be a little inconvenienced, you can probably go farther for less.

That may not sound like much of a tip. We all know that we need to shop strategically, don’t we? Still, we can always use a pep talk. It isn’t easy shopping strategically for food. We may not be hunting and gathering in the way our ancestors did, but you still have to bargain hunt and scour the landscape for deals. It can be mind-numbing and stressful.

But Andrea Woroch, a U.S. News contributor and shopping consultant based out of Bakersfield, California, has a lot of good ideas. For starters, go to the store with a list, having planned out as many meals as you can between now and your next grocery trip.

And you should also be strategic in your meal planning. “When choosing recipes, look for those that use overlapping ingredients and review local circulars to figure out which stores have the lowest prices for the goods on your shopping list,” Woroch says.

She says that if you look for fresh foods that are near the expiration date, it’s possible to save around 70%. Just make sure to consume those items as soon as you can, so those savings don’t end up in your trash bin.

“Finally, shop at a grocery store that offers a fuel reward program since you can redeem points for savings at the pump,” Woroch says. “For example, Kroger Fuel Reward Programs offers 1 point for every $1 spent on food and you can redeem those points at participating Shell stations.”

Woroch says that even online grocery shopping, with its delivery fees, can be cheaper than going to the store because it can help you avoid impulse food buying – and, she adds, there are coupons available at deal aggregators like www.CouponCabin.com offering savings such as $20 off at Vons.com, $5 off $25 at Safeway and $30 off $100 at Stop & Shop.

It’s a lot of work to shop for food and consistently find deals and steals, and if you feel your time is too valuable to go the trouble, that’s a reasonable feeling. But you will save more on your supermarket trips doing it Woroch’s way.

Inflation-fighting tip: Plan your drives ahead of time.

This is admittedly not groundbreaking advice, admits says Fabio Fernandes, head of communications at the Consumer Choice Center, a consumer advocacy group and nonprofit organization.

“Unfortunately, gas prices are still high in many parts of the United States, and there are very few things car-dependent consumers can do to minimize its impact on the household budget,” he says. Still, he suggests planning your drives before you run errands, so you can figure out the shortest path from Point A to Point B.

Of course, you may not have to plan out your drive too much. If you have an app on your phone that can tell you the fastest route, use it.

And if you’re planning ahead, you may want to talk to a family member, friend or neighbor about carpooling errands. For instance, maybe you alternate grocery store trips, with one week your friend driving and you driving the next week. That may only shave off a little bit of money, but it could be a more enjoyable way to shop.

“Another obvious suggestion is driving less,” Fernandes says. “The work-from-home trend is stronger than ever, and if your job allows, ask your employer to stay at home a couple of days a week.”

Inflation-fighting tip: Don’t get complacent with your utilities.

We tend to not comparison shop for utilities because often, there’s only one utility you’re going to work with. But that’s not always the case, Fernandes points out, and even if there is a choice, it’s easy to fall into a routine where you completely forget that you might have other options.

“Consumers who have been using the same providers for electricity, gas, and especially broadband tend to get too comfortable,” Fernandes says. “If you live in an area with multiple providers for any of those services, don’t hesitate to call them and listen to their offers. New customers enjoy special prices and perks that old clients don’t, so looking at the competition might be a money saver.”

Another area of complacency that can cost consumers is forgetting to change how you use your appliances, Fernandes says.

“When it comes to inflation on household items, the greatest villains are utilities,” he says. “Consumers can save energy by reducing the number of times they do laundry or run the dishwasher, or even by changing a couple of degrees the thermostat.”

You can also, of course, comparison shop for cheaper insurance plans, too. Woroch says that we should all analyze all of our bills during these inflationary times.

“Look for opportunities to save by canceling unnecessary services, add-ons or unused subscriptions. You can even put memberships on pause that you don’t really need right now,” she says.

Inflation-fighting tip: Get rid of some stuff, but not all.

This is always a tricky one. You’re human. Whether it’s TV or music or movies or books or videogames, entertainment brings joy. And what some people view as frivolous, others may see it as very important, says Brian Walsh, a certified financial planner with SoFi.com, an online bank.

“Early in my career I was working on a financial plan for a client getting ready to retire. He has a golf membership that I classified as discretionary in his retirement projection,” Walsh says. “He quickly corrected me that this was his primary source of enjoyment and relaxation. He explained that he would rather retire years later than go without this expense. After that, I realized that what I may view as discretionary is essential to another person because we all have different priorities.”

In other words, if you go to the movies a couple times a month and love doing it, keep going. If you play golf or tennis, even better, since that’s good exercise that will probably help you a lot in the long run. Find somewhere else in the budget to cut.

But if you’re living paycheck to paycheck, it can’t hurt to scrutinize your entertainment expenses. Are there streaming services that you added but now rarely watch? Do you have a habit of buying books when you’d fare just as well checking out books for free at the library? Actually, there are a lot of free things you can often check out at libraries, from movies to music to videogames. It you’re looking to be entertained on the cheap, the library should be a regular place for you to visit.

If you and your friends go to expensive restaurants and bars, you could try going to cheaper alternatives, or perhaps during happy hour or other deals during the week. If you scrutinize your budget enough, there should be some areas in your budget that you can trim in terms of entertainment.

The Bottom Line on Fighting Inflation

You can really get stressed out over trying to save money, and you can definitely go too far in your quest to lower costs.

“Driving an extra half hour to save a few cents a gallon on gas likely does not make sense. The same could be said for buying low quality or nearly expired grocery items that you are likely to toss before eating,” Walsh says.

At the same time, you shouldn’t think you’re powerless against inflation and not do anything to cut down on your spending. That middle ground between driving a half hour to save a few cents on gas and not bothering to save money at all is probably where you want to be.