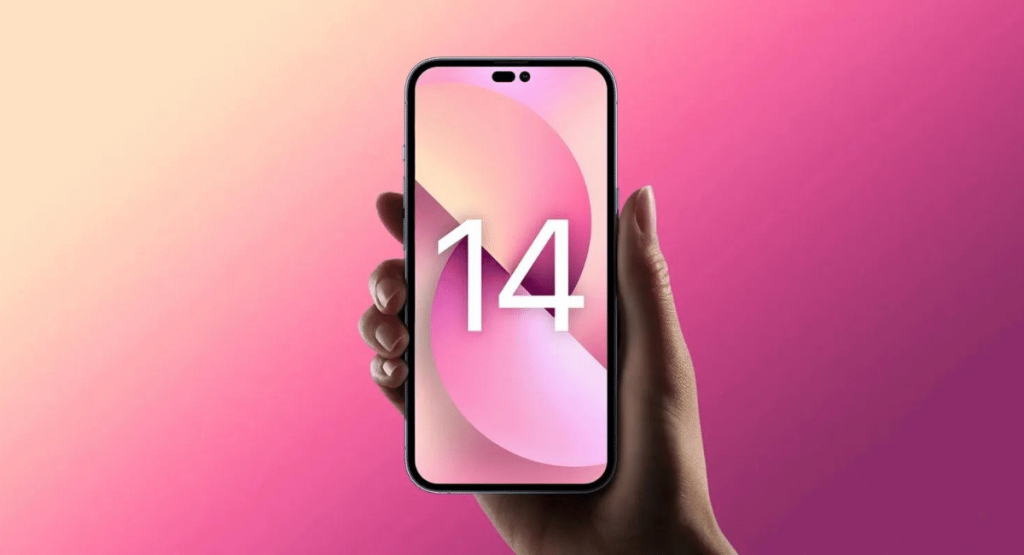 Apple’s rumored iPhone 14 Pro Max is expected to have a higher resolution camera, a new processor and a giant 6.7-inch screen like the current iPhone 13 Pro Max. While those sound like welcome improvements, Apple needs to do more to make its top-of-the-line iPhone stand out.

That’s because the iPhone 14 Pro Max won’t be the only super-size iPhone in Apple’s lineup anymore, if the rumors are to be believed. Apple is expected to release a 6.7-inch iPhone 14 Max as well this year, meaning those who love large screens won’t have to splurge on the Pro Max just to get a bigger display.

Aside from the difference in screen size, there’s typically little that separates Apple’s “Pro” iPhones from its “Pro Max” devices. I’m hoping that changes with the Phone 14 Pro Max, which we’re expecting to learn about during Apple’s upcoming Sept. 7 event. With inflation putting a dent in smartphone shipments, companies like Apple may have to work harder to convince consumers to spend more on high-end devices.

iPhone 14 Pro Max: What to expect

If Apple does release an iPhone 14 Pro Max in September, it’s likely to be a sequel to Apple’s current iPhone 13 Pro Max. As such, it will probably have a 6.7-inch screen and a triple-lens camera that includes wide, ultrawide and telephoto lenses. In an effort to further distinguish its Pro iPhones from its standard iPhones, Apple will reportedly give the iPhone 14 Pro and Pro Max an upgraded 48-megapixel camera sensor, a faster A16 Bionic chip and a redesigned camera module on the front that removes the notch.

These features are said to be exclusive to the iPhone 14 Pro and Pro Max, meaning they won’t appear on the standard iPhone 14 and iPhone 14 Max. That’s all according to reports from Bloomberg’s Mark Gurman and TF International Securities analyst Ming-Chi Kuo, both of which have strong track records when it comes to reporting on unreleased Apple products.

Why the iPhone 14 Pro Max needs to stand out

If the reports turn out to be true, the iPhone 14 Pro and Pro Max could include one of the biggest camera improvements we’ve seen on the iPhone in years. That alone could make them appealing to those in the market for a new device.

The launch would also come at a time when people are seemingly spending less on mobile devices and being more careful about their purchases. Smartphone shipments are expected to decline by 3.5% in 2022, according to estimates from the International Data Corporation published in June. The NPD Group reported in May that more than eight in 10 consumers are planning to reassess their product spending in the next three to six months. A recent NPD survey also indicated consumers plan to seek less-expensive items, look for promotions and cut back on overall purchases in the next few months.

These factors could make it more difficult to convince consumers to spend more than $1,000 on a new phone, especially when they may be able to get some of the same benefits (a larger screen or a triple-lens camera) on cheaper models. With the iPhone 14 Pro Max, Apple would likely be counting on the fact that consumers are willing to pay a premium to get both a larger screen and a better camera.

How Apple could make the iPhone 14 Pro Max feel special

There are a few things Apple could do to make the iPhone 14 Pro Max stand out alongside the regular iPhone 14 Pro and iPhone 14 Max. As I’ve written in the past, I’d love to see Apple implement iPad-like software features that make better use of the Pro Max’s giant screen. For example, it could add a multitasking mode that makes it easier to view more than one app simultaneously. I’d also like to see an always-on display option, similar to the one available on newer Apple Watch models and many competing Android phones.

Samsung has done a better job of distinguishing its premium Galaxy S22 Ultra from the regular Galaxy S22 and S22 Plus. Even though the $1,200 Galaxy S22 Ultra is likely too expensive for most people, it offers distinct features you can’t get on Samsung’s less-expensive models. The Ultra has a built-in stylus for notetaking and drawing, a 6.8-inch screen that’s larger than any other phone in Samsung’s S22 lineup, a higher resolution 40-megapixel selfie camera and main camera system with two telephoto lenses and a 10-times optical zoom.

None of those characteristics are available on Samsung’s other S22 devices, including the $1,000 Galaxy S22 Plus. The iPhone 13 Pro Max, by comparison, has a lot in common with the iPhone 13 Pro, aside from its larger screen and longer battery life. In other words, Apple is relying on the iPhone 13 Pro Max’s 6.7-inch screen to distinguish it from the regular Pro.

But if Apple does release a 6.7-inch version of the standard iPhone, just as reports from Nikkei Asian Review, Bloomberg and Ming-Chi Kuo indicate, the iPhone 14 Pro Max might feel less unique in this year’s lineup. The rumored iPhone 14 Max likely won’t have the same extras as Apple’s Pro iPhones, such as a triple-lens camera and a screen with a higher refresh rate for smoother scrolling. But it might be compelling enough to entice shoppers that simply want a larger screen and don’t care as much about having a telephoto lens.

Still, until a foldable iPhone comes along, the iPhone Pro Max will be Apple’s most expensive and most premium iPhone. That also means it should be the best showcase of Apple’s technology, which is why I’d like to see more exclusive features that you can’t get elsewhere.