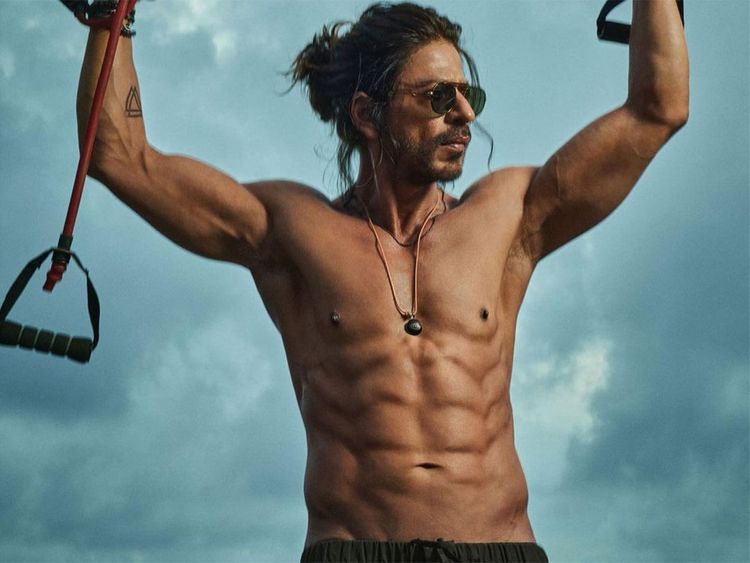 The massive fan following of SRK simply could not keep calm looking at his envious physique when he shared posters of his upcoming films. Here are some secrets behind his strict diet and exercise regime.

Superstar Shah Rukh Khan needs no introduction. With millions of fans across the world, SRK has been entertaining and touching millions of hearts across borders for over three decades now. With some of the most successful and celebrated movies of all time – including Dil to Pagal Hai, Kuch Kuch Hota Hai, and, of course, Dilwale Dulhania le Jayenge – to his credit, besides an incredible sense of humour and humility, there is hardly anyone who hasn’t been swayed by his charm. But apart from his craft, SRK’s physique and fitness, at 56, is also what makes him a mass favourite.

While the ‘Badshah of Bollywood’ was away from the silver screen for quite some time now, he’s now back to acting with three back-to-back movies set to hit theatres – starting with Pathaan (releasing in January 2023), followed by Jawan and Dunki. As the motion poster for Pathaan and Jawan released recently, the massive fan following of SRK simply could not keep calm looking at his envious physique. The actor may be an ardent fan of Tandoori Chicken, as revealed in an interview to the Indian Express. But he, perhaps, keeps it out of his sight while at work. Wondering what all magic the father-of-three does in his diet to look that fit even today? We’ve got some diet secrets right here for you.

1. Small meals through the day

According to sources, SRK has been training rigorously for Pathaan and Jawan, and has succeeded in bringing down his body fat to get those ruthless eight-pack abs and a well-defined body. And for the same, he has been maintaining his diet accordingly as well. He consumes small meals throughout the day which helps break down his calorie consumption, thereby giving enough time for his body to break down the food properly, before the next meal.

A major part of his diet includes protein-rich foods like non-fat milk, skinless chicken, lean cut of meat, egg whites, and legumes. He also prefers cooking techniques that control fat in his diet, for instance opting for grilling over frying, and also avoids dishes made with butter. He also consumes protein shakes post a gruelling gym session in order to help boost muscle recovery.

3. No sugar and refined grains

SRK has also removed refined sugar and grains, including white flour and all types of breads and rice products, from his diet. Instead, he consumes some amount of whole grains in his diet like whole-wheat toast with eggs, and chicken sandwiches.

4. Fruits instead of sweets

While he has removed refined sugar and sugar products from his diet, SRK supplements his diet with natural sugar in the form of fruits, which are high in simple carbohydrates. Fruits tend to give your body ample amounts of fibre, vitamins and minerals as well along with natural sweetness.

SRK swears by drinking lots of water. Having at least 2-3 litres of water every day is what his diet suggests. Besides that non-fat milk along with fresh, unsweetened vegetable juices are also something that he loads up on to stay hydrated.