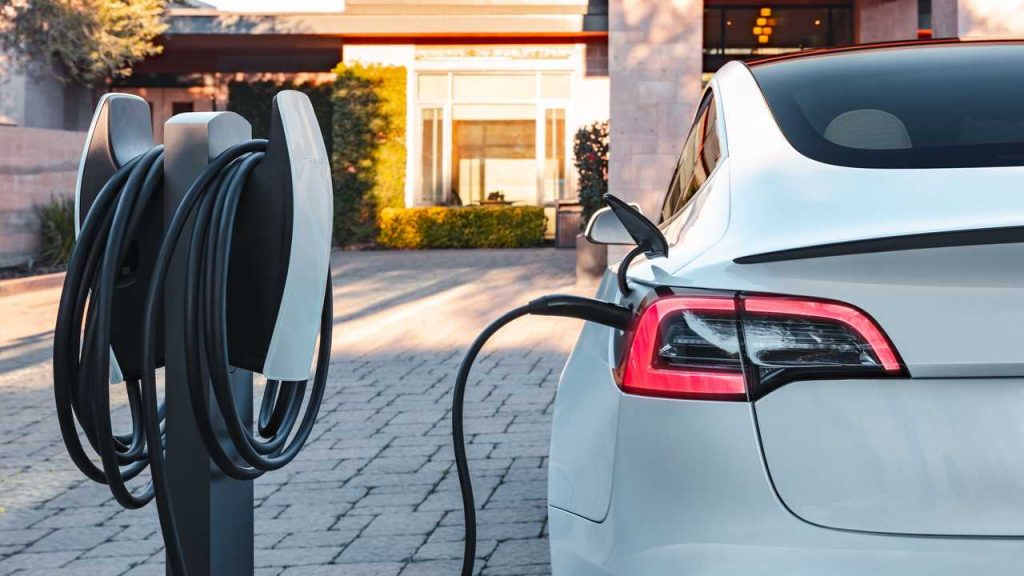 With gas prices climbing to record highs, more consumers are considering buying an electric vehicle, according to a survey from motor club AAA.

About one-quarter of Americans say they want to get an electric vehicle as their next car purchase, the survey released Wednesday found. Many consumers, however, are worried about the rising cost of electric vehicles and not having a charging station nearby, the AAA survey said.

“The increase in gas prices over the last six months has pushed consumers to consider going electric, especially for younger generations,” Greg Brannon, AAA’s Automotive Engineering and Industry Relations director said in a press release. “They are looking for ways to save, and automakers continue to incorporate cool styling and the latest cutting-edge technology into electric vehicles, which appeal to this group.”

Research from Recurrent, a car industry analysis company, found that interest in buying an electric vehicle has soared 70% since January.

The national average gas price hit $4.63 on Wednesday, a 14-cent drop from the previous week, according to AAA. Still, that’s a $1.30 increase from six months ago. But while the cost of gas has increased, prices for electric vehicles have gone up as well.

The average price paid for an electric vehicle in the U.S. in May was $64,300, according to Kelley Blue Book — up nearly 15% from a year earlier and $17,000 more than the average new car price across all categories. Rivian, GM and Tesla have all raised their EV prices, in part because metal prices have soared, along with the cost of components like lithium, which are necessary to make batteries.

Automotive industry experts say it’s important to watch the price of electric vehicles as the U.S. tries to loosen its dependency on fossil fuels. Even as charging stations begin to sprout up nationwide, encouraging consumers to buy electric, price hikes on EVs like the ones from Tesla could put those vehicles financially out of reach of the middle class, experts said.

“For mass consumer adoption, the industry still has to find a way to get cheaper EVs to market,” Tyson Jominy, vice president of data and analytics at JD Power, told the Wall Street Journal last month.

Still, some of the nation’s largest automakers are betting on a strong demand for electric rides and are likewise pumping up production of those vehicles.

Ford Motor Co. is adding 6,200 factory jobs in Michigan, Missouri and Ohio as part of a plan to ramp up EV production to 2 million per year globally by 2026. General Motors said in February that it plans to convert its Lake Orion, Michigan, plant to one that makes electric trucks. The company wants to offer 400,000 electric vehicles by the end of 2023.

AAA’s survey, conducted among 1,051 adults in late February, also found that 55% of respondents are concerned about an EV’s suitability for long-distance trips, even though the range cars can drive on a single charge has been increasing.

“The deeper issue with range anxiety is that it’s going to take more than just improving how far an electric vehicle can go to convince people to make the switch,” Brannon said in the statement.

While one survey alone doesn’t mark proof that Americans are poised to start buying electric cars en masse, other data suggests that many more Americans are on the verge of snagging an EV.

The U.S. joined China and New Zealand this month on a list of 16 other nations where fully electric cars make up 5% of new vehicle sales, a Bloomberg analysis found. If adoption of EVs continues at this rate, a quarter of new car sales could be electric by the end of 2025 — a year or two ahead of earlier projections, according to Bloomberg.