5 money moves to make now to stay ahead of inflation 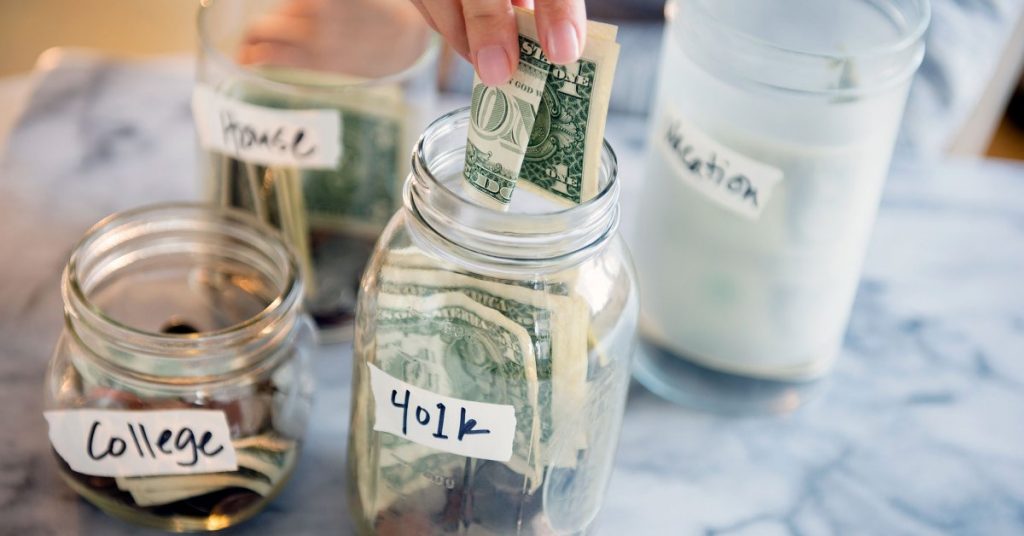 Soaring inflation and record gas prices are wreaking havoc with many people’s wallets.

The percentage of Americans feeling the effects of inflation to a high degree has ticked up, according to a recent poll by consumer research platform Attest, with those describing the effects as “very high” rising 5.6 percentage points in June to 30.5% from a month earlier.

Consumers can’t control inflation, but they can make money decisions that help to limit negative repercussions of higher prices. Here are five tips to lessen the sting of inflation now and in the future.

1. Get a handle on your expenses

People don’t often keep up-to-date with their expenses when manually entering them on an Excel or Google spreadsheet. That’s why Rob Stevens, retirement income specialist at TIAA, recommends using a free smartphone app that syncs to your bank accounts and credit cards. This way you can be cognizant of your spending on a real-time basis and make adjustments as needed, he said. There are multiple free apps to choose from, including Mint and NerdWallet.

2. Cut spending where you can

Even small cuts can make a big difference overall. Try to buy generic products, which tend to be less expensive than name brands, and purchase items on sale, when possible, Stevens said. You might also consider cancelling some streaming services purchased during quarantine, he said. That’s something 35% of Americans told CNBC they were thinking about doing in an April survey conducted by Invest in You. And even the wealthy are more likely to make this move now, according to the recent CNBC Millionaire Survey, especially younger millionaires.

Another money-saving option could be to buy the car you’re leasing. This could be especially appealing for someone whose lease is coming due shortly, since the buyout price — determined when the lease was taken — is likely to be significantly less than the cost of a new or used car, he said.

Another expense-saving move could be to ask your current credit card issuer for a lower interest rate. Issuers grant such a request more often than consumers might thing, according to Matt Schulz, LendingTree’s chief credit analyst.

The Federal Reserve has been raising interest rates and is likely to do so again, meaning the cost of variable-rate debt will continue to increase. Paying it down, or paying it off, or consolidating this debt into lower fixed-rate debt is a way to deflect the blow of inflation, said Greg McBride, chief financial analyst at Bankrate.com. “It’s one less area of the household budget in which you’ll see cost increases,” he said.

In order to beat inflation, your total return has to be greater than the total increase in cost of living. One way to achieve this outcome is to make long-term investments, said John Campbell, east region head of wealth planning for U.S. Bank Private Wealth Management.

While many stocks have been decimated this year, if you can purchase shares of quality companies at a lower price over time, say by taking a dollar-cost-averaging approach, you could keep pace with, if not exceed, inflation. That’s because historically, over time, the stock market’s overall performance has outpaced inflation rates, Campbell said.

Also make sure to fully take advantage of any company matching that may be available in your company-offered retirement plan, Campbell said.

5. Invest in career and income potential

Now’s a good time to think about what can you do to grow your earnings power, McBride said. Are there skills you can learn, certifications you can obtain, or trainings you can register for that will lead to higher pay down the road? While it may not be an immediate payoff, these steps can eventually lead to higher wages, which is a way to offset the rising costs brought about by inflation, and benefit you for the long-term.

With wages rising, it could also be a good time to ask for a raise, Stevens said. Wages and salaries in the private sector rose 5% in the first quarter of 2022 relative to a year earlier, on track with last year’s fourth quarter, according to the U.S. Department of Labor. It’s also advisable to keep track of growth opportunities within your company. Be sure to update your resume so you can take advantage of opportunities that may arise, he said.