BREAKING NEWS
Home Finance What should you do with your money to prepare for a recession?

What should you do with your money to prepare for a recession? 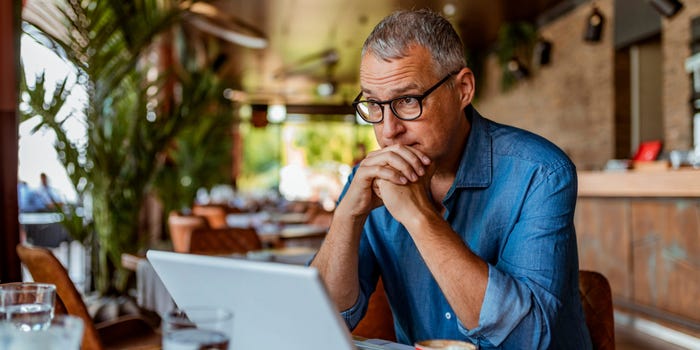 Soaring inflation, painfully high gas prices, and fear of a looming recession have many Americans worrying about their financial security.

“If you have inflation and a recession combined together, it’s a whole different beast,” said Sam Zimmerman, CEO of Sagewell Financial, a banking company geared toward seniors. “This is a time for action. The quicker you move, the more agency you have in reducing the impact of a recession.”

In recent days, both President Biden and U.S. Treasury Secretary Janet Yellen have made public statements seeking to ease concerns about the economy.

“I expect the economy to slow,” Yellen said Sunday on ABC’s This Week. “It’s been growing at a very rapid rate as the economy, as the labor market has recovered and we have reached full employment, it’s natural now that we expect a transition to steady and stable growth. But I don’t think a recession is at all- at all inevitable.

But given the darkening forecast, it’s not too soon to plan ahead. Read on to learn how you can prepare for a possible recession.

First, don’t do this

While there are money moves you can take to help ride out a downturn, that generally shouldn’t include bailing out of the stock market.

“The worst thing people can do is they get nervous and pull money out the market,” said Jordan Rippy, a personal finance expert and accounting professor at Johns Hopkins Carey Business School. “Most people should be invested in the market for the long term.”

Instead, look for ways to trim your monthly budget. That can mean culling things like subscriptions and streaming services, while also negotiating discounts on your cable, cell phone and other bills.

“Bill-negotiation services are a way to reduce your costs, which is a simple way to combat inflation,” Zimmerman said.

Make a spreadsheet of your spending or use a budgeting program like Mint to organize and reduce your recurring costs.

“If somebody spends everything they bring home, that shows what they are spending it on and they can get more granular by looking at a bank account spreadsheet,” said Lisa Featherngill, national director of wealth planning at Comerica Bank.

Pay off your debt

It’s expensive to carry debt in an inflationary environment. In particular, you want to pay off credit card debt — or any kind of debt with a variable interest rate — right away. That’s because those interest rates will rise and add more debt.

“If you carry a balance on your credit card past your due date, you’re paying 15%-25% interest, so that is a very expensive kind of debt you are carrying,” Rippy said. “There is no benefit at all to carrying credit card debt — it is a perpetual drain on your personal economy.”

“You don’t want to be lugging debt into a higher-rate environment or into an environment with more economic uncertainty,” added Greg McBride, chief financial analyst for Bankrate.com. “If the economy goes into a recession, you might work fewer hours or not have as much money coming in the door, but often times debt payments are still there. Any debt you can get rid of now helps put you in a better position if leaner times lie ahead.”

“[Fixed-rate] debt is anchored to inflation when it wasn’t high, but your other expenses are higher. It’s a little bit of a steal to pay down your debt in this context,” Zimmerman said. “In a simple case, you could have a 2% mortgage that’s fixed and inflation is at 7% to 9%. As things get more expensive, your debt is staying the same.”

Keep contributing to your 401(k)

Do not press pause on saving for retirement. Indeed, if possible keep stashing the same fixed percentage of your income in your 401(k) or other retirement savings plan. Even if the market is volatile your assets will grow over time if you don’t try to time the market.

This approach, known as dollar-cost averaging, ensures that people look past the usual dizzying swings in the stock market and keep building their nest egg.

“There are no silver bullets or magic tricks in personal finance,” Rippy said. “It is a long game, and people need to continue to dump their money into their retirement accounts as they have been doing. Keep dumping money in there and let it grow.”

If you want to invest in sectors more resistant to recessions, gold and commodities like alcohol tend to be relatively safe, according to Zimmerman.

“Folks tend to drink when they’re happy and when they’re sad, so alcohol is a sector that tends to be recession-proof,” he said.

Try to diversify your income sources so that if your company downsizes and you lose your job, you’ll still have money coming in.

“This is the time for a part-time job or a hobby you want to turn into something more. There is a ton of value in having multiple income streams when there is uncertainty,” Zimmerman said.

If you’re creative, you can turn to a platform like Etsy and sell homemade goods. You can also sell unwanted household items and clothing on sites like Ebay, or online consignment stores like Thredup.

“You are taking assets that are simply depreciating in value to make a buck and clean your house at the same time,” Zimmerman said. “A lot of folks have a lot of stuff sitting around, and if you have something of value, you can almost always sell it.”