Ferrari’s Most powerful Road-Legal Car Ever, The SF90 Stradale 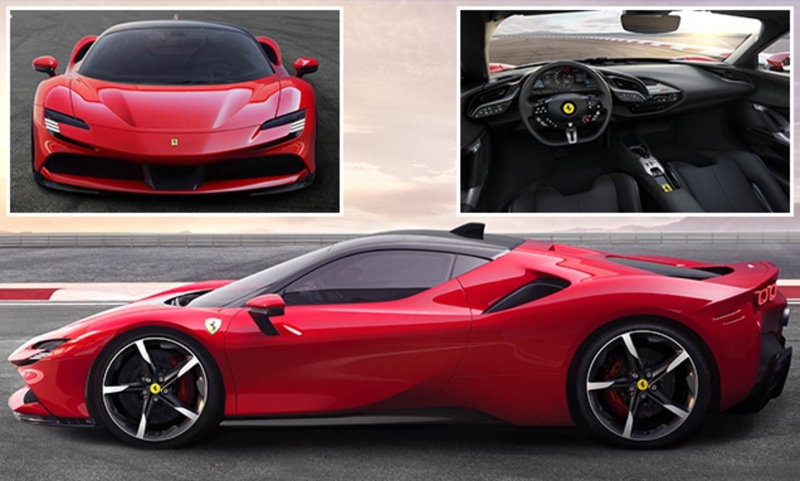 The SF90 Stradale is Ferrari’s first-ever attempt at building a hybrid supercar.
Named “Project 173” during its development, the production name is derived from Ferrari’s 2019 Formula 1 race car & celebrates the 90th anniversary of Scuderia Ferrari’s existence.
The number of SF90 Stradales sold will be the number Ferrari can manage to sell, unlike the LaFerrari.
There is already a line of 2,000 customers from all around the world to see the SF90 Stradale in all its glory.

The number “1000” revolves around the SF90 Stradale since it’s the total horsepower output of the vehicle’s powertrain.
The petrol-electric hybrid powerplant of the SF90 Stradale manages to put out 36hp more than the LaFerrari & manages to take the spot for the most powerful road-legal car Ferrari has ever produced.

Powering the SF90 Stradale is Ferrari’s world-class ‘F154’ twin-turbocharged V8 derived from the 488 Pista, which has a capacity of 3902cc. The engine has been bored to increase the total capacity to 3990cc
The development crew of Ferrari says that the engine is a complete redesign, which results in the petrol engine producing 796bhp alone, with its torque being 590lb ft at an rpm of 6000. The exhaust is constructed with an alloy called Inconel, which not only manages to save weight, but also compliment’s the twin-turbocharged V8’s sound by providing it with a much more fuller & richer sound, as claimed by Ferrari.

The V8 is accompanied by a set of three electric motors, two of which are front-mounted & the other is mounted in the rear, which results in the SF90 Stradale having an all-wheel-drive system.
The three electric motors collectively produce 217bhp, which brings up the total power figures of the car up to 986bhp.
Bringing the power to the wheels is a newly-developed eight-speed dual-clutch automatic transmission.
It has a compact design, a lighter weight & there is a promise by Ferrari that there will be an 8% decrease in the overall fuel consumption.

The 0-60 miles per hour figures of the SF90 Stradale is a whopping 2.5 secs, the highest for any production Ferrari ever. The top speed, as claimed by Ferrari is 212mph.

Due to the newly developed chassis for the SF90 Stradale, it’s total weight only comes in at 1570kgs, making it the best power-to-weight ratio for any road-going Ferrari ever.