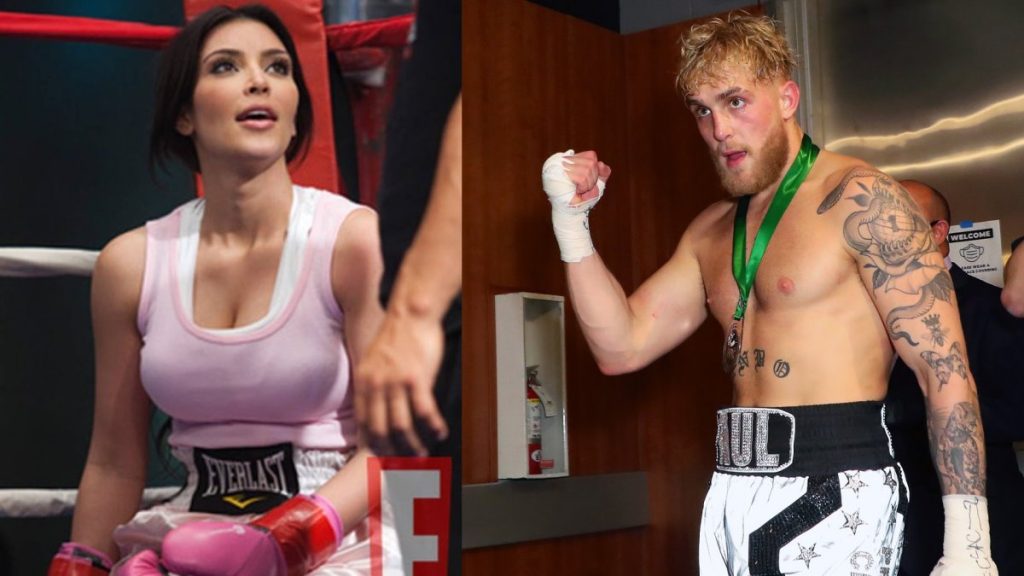 Celebrities stepping in the ring has been the uproar on social media in recent times.

Celebrity boxing is becoming a popular trend nowadays; however, celebrities going up in the boxing ring for a match has been around for much longer than one may think. At the moment, U.K. content creators KSI and Joe Weller have been pitting celebrities against each other in the boxing ring which has gained huge attraction and vastly popular on YouTube at the moment. Prior to these matches, numerous celebrities have already experienced boxing and going up against someone in the ring. These celebrities once fought in actual boxing matches.

English comedian, actor, director, and writer Ricky Gervais also participated in a boxing match for a charity cause in 2002. He competed in a three rounds battle with 90 seconds each. The comedian went up against Grant Bovey and as soon as the opening bell rang, the two of them started throwing punches in the air. The match consisted of lots of punches with a lot of pushing and shoving each other all throughout the rounds. The judges eventually declared Gervais as the winner. In one his interviews last 2021, Gervais stated that it is the hardest thing he’s ever done in his life, and it was a great experience.

English actor, producer, and musician Idris Elba had a professional kickboxing fight which took place in 2016. He was 44 years old at the time, and he trained for an entire year just to prepare for the match. The entire process of his preparation up to the actual match was documented and aired in a Discovery UK series. The actor spent quite some time training in Thailand to prepare for the match. Although the match started slow, Elba eventually won with a knockout in the first round.

To prepare for his upcoming film Southpaw, Jake Gyllenhaal prepared for five months by training two times a day. The actor had a trainer, and they focused on some specific techniques which were taught to him step by step. The actor added that they spent weeks on his jab and his jab alone plus some footwork too. Although the actor technically did not have an official publicized match, he did have tons of sparring matches for the film. When the actor was asked by Howard Stern during one of his interviews if the training partners were allowed to hit him in the face, the actor stated that they were allowed to do so and in fact they did hit him in the face multiple times.

American rapper, singer, songwriter, actor, dancer, and record producer Aaron Carter had his first boxing match against another celebrity just last year. He went up against two-time NBA champion Lamar Odom. Although this might seem a fascinating and great match, it seems like no one knew about it. The former professional basketball player ultimately defeated the former child pop star Aaron Carter by Technical Knockout in the boxing match which was held in Atlantic City, New Jersey.

As mentioned above, the former professional basketball player went up against Aaron Carter and this pairing is definitely a bit odd and probably a bit mismatch as well. The rapper was only 6’0″ and 175 pounds while the former NBA player is 6’10” and 239 pounds. Although Carter began the round aggressively by throwing punches, he was struggled to reach Odom’s face because of their height discrepancy. Using this to his advantage, Odom started landing punches on Carter. The match was ultimately stopped by the referees in the second round after Carter took on too many punches and declared Odom as the winner.

The Guardians of the Galaxy actor is widely known as one of the top performers in the WWE. However, he once decided to try fighting in a mixed martial art match in 2012. That was actor’s first bout and at the time, his opponent was a pro mix martial arts fighter with about 40+ already under his belt. He was technically in a bit of a disadvantage in terms of experience. Baustista initially had some struggles in the match and received a lot of punches, but he was able to eventually take his opponent down and landed some pretty solid blows on his opponent. He was declared the winner at the end of the match.

The ex-wife of Kanye West had a boxing match against Tamara Frapasella in 2009 for a charity cause. The boxing match was aired on the season 4, episode 6 titled Body Blows on Keeping Up with the Kardashians which was initiated to help raise funds for The Dream Foundation. The reality TV star initially did not want to do it since she expressed her fear of going up in the boxing ring, but she still went up anyway. Kim was wearing pink boxing outfit and found her courage to step in the ring and participate in the exhibition. She ended up losing against Frapasella however she stated she is still proud of herself despite losing.

At the same event Kim Kardashian went up the boxing ring for a match, his brother Rob Kardashian also participated in. The Kardashian sibling also stepped up on the ring and went up against trained fighter James Taylor. Taylor claimed that he is not a pro, but he had some training. Since the start of the game, Kardashian has been struggling against the far more aggressive opponent since he is a little bigger. Taylor at one point knocked Kardashian’s headgear off. Rob Kardashian ultimately lost after he was knocked down by Taylor.