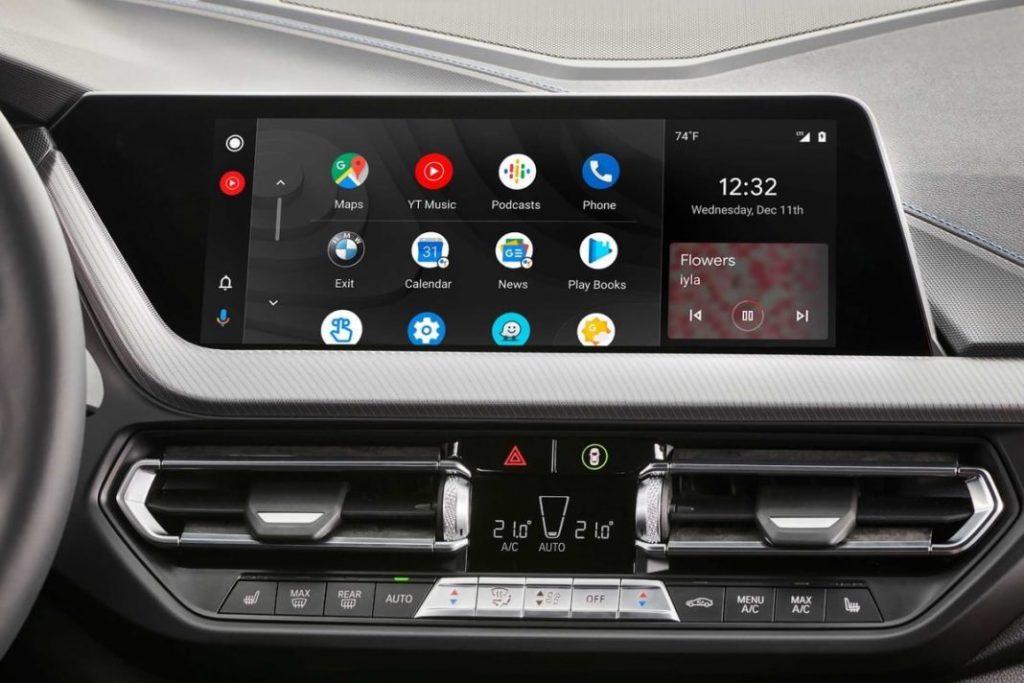 On a more comprehensive system level, another new WirelessCar Android Auto OS application has been developed for larger businesses, to gather information for fleets, such as rental car companies enabling them to monitor the usage and availability of fleet vehicles in real-time.

WirelessCar officials said that some of the biggest Android Auto OS developments will come in the EV sector. They will help automakers to provide real-time data services such as EV’s range, charging locations, and weather information.

The company is also exploring a prototype service called Backseat Driver, which will give those using a ride-share an option to scan a QR code with their phone from the back seat and control features such as the entertainment system and the temperature of the car.

Backseat Driver would also give riders an option to add a drop-off and pickup point directly in the vehicle’s system, making it more convenient for both the driver and the passenger.

Director of WirelessCar North America Jason Bartley said that the key to the company’s ability to develop and deliver robust connected car applications for a wide range of equipped vehicles is its experience.

“It tries to decouple software development [from] Part of a service that needs to run in a car, and Tier 1 hardware suppliers have to do it, and allow a true software development company like WirelessCar — which has been running off-board managed cloud car systems for over 20 years — to do so,” He added

“If you use OnStar as kind of a baseline for what’s out there, you can do a door unlock, you can track where your bill is, you can call the call centre if you’re in an accident or if you have a flat tire,” Geiselhart said. “All of those things are very much commoditized, and just about every OEM has some type of offering in the market today. The problem has been, over the course of time, that it takes four or five years to get those services out to the market, and that’s really been a limitation.”

WirelessCar executives estimate that by 2025 Android Auto OS will be introduced on new models, by 70% of automakers.