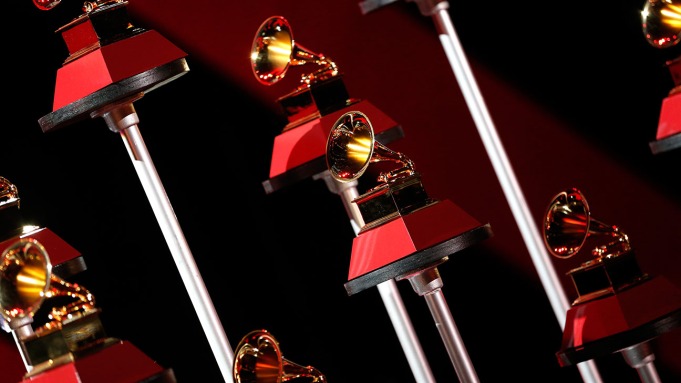 A new date for the show, originally scheduled for Jan. 31, will be announced soon.

The Grammys is the latest awards show to get postponed amid the omicron surge.

The show was scheduled to take place Jan. 31 at the Crypto.com Arena (formerly known as the Staples Center) in Los Angeles, and a new date has not been set.

CBS and the Recording Academy released the following statement on Wednesday: “After careful consideration and analysis with city and state officials, health and safety experts, the artist community and our many partners, the Recording Academy and CBS have postponed the 64th Annual Grammy Awards show. The health and safety of those in our music community, the live audience, and the hundreds of people who work tirelessly to produce our show remains our top priority. Given the uncertainty surrounding the Omicron variant, holding the show on January 31 simply contains too many risks. We look forward to celebrating ‘Music’s Biggest Night’ on a future date, which will be announced soon.”

A slew of events have been canceled or postponed due to the surge of COVID-19 cases spurred by the omicron variant. Among the ceremonies postponed so far are the Critics Choice Awards, the Governors Awards and the AFI Awards. BAFTA’s Tea Party has been canceled, as have a number of premiere events including those for How I Met Your Father and Peacemaker. Broadway also has seen its share of cancellations and postponements, while festivals also have changed their plans, including the Palm Springs fest (canceled) and Sundance (switched from in-person to online only).

Last year’s Grammys also were postponed amid the pandemic. The original date, which also had been Jan. 31, was ultimately moved to March 14. The ceremony featured a mix of live and pre-recorded performances, with awards handed out in front of a smaller group of nominees and other attendees.

Jon Batiste leads the nominees for this year’s Grammys, with 11 noms in total. The Oscar winner and Late Show With Stephen Colbert bandleader, who released the album We Are earlier this year, earned nods in the top categories of record of the year and album of the year.

This year, the Recording Academy expanded those two categories and the other two general field categories — song of the year and best new artist — to feature 10 nominees, up from eight.