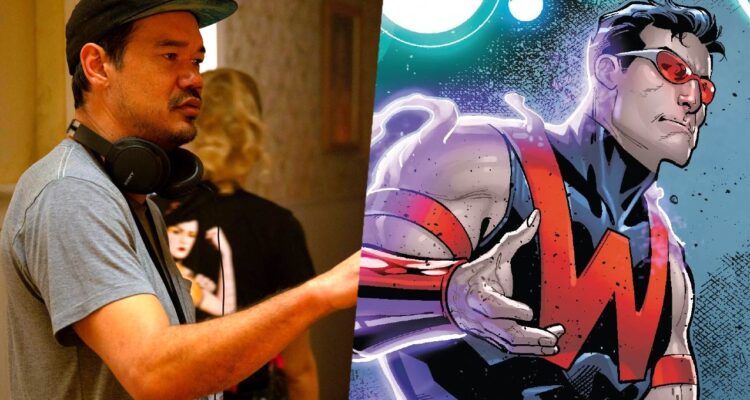 The ‘Shang-Chi’ filmmaker is teaming with the ‘Brooklyn Nine-Nine’ and ‘Community’ scribe, who will serve as head writer.

Wonder Man is the latest Marvel superhero to get the screen treatment.

Shang-Chi and the Legend of the Ten Rings filmmaker Destin Daniel Cretton has teamed up with Andrew Guest, a writer-producer on comedies such as Brooklyn Nine-Nine and Community, to tackle a live-action series featuring the longtime Marvel character.

Guest will serve as head writer of the series, while Cretton will exec produce and possibly direct an episode or more. Cretton is working via his overall deal with Marvel Studios, signed late last year in the glow of Shang-Chi’s success.

Development for what is being titled Wonder Man is in the early stages, but if things crackle, cameras could be rolling in 2023.

Wonder Man is one of Marvel’s oldest characters, first introduced in 1964 in the pages of Avengers No 9. He was initially a villain and only appeared sporadically in the early Marvel Age, but was reconceived as a hero (and Avenger) in the late 1970s.

In the 1980s, the character really came into his own. Known as Simon Williams, he was a founding member of the Los Angeles-based West Coast Avengers and, with a look that included a turtleneck, a red jacket and sunglasses, became a celebrity thanks to his day job as an actor and stuntman.

The character also developed strong ties to classic (and now, thanks to Marvel movies and an Emmy-winning series, globally known) characters Vision and Wanda/Scarlet Witch. Stories tied him to the android via ionic energy and brainwaves that implied the two were akin to brothers. Wonder Man even developed feelings for Wanda, after Vision had been dismantled.

Takes on the character for the Disney+ series were not revealed. Marvel could steer the character down a Hollywood lane, so far unexplored in the MCU, or it could set him up in the Wanda-Vision lane, something the company has continued to explore with its latest blockbuster, Doctor Strange in the Multiverse of Madness. There is even a WandaVision spinoff show in development featuring Agatha Harkness, the villain played by Kathryn Hahn.

Marvel has been steadily prolific with its Disney+ series since launching with WandaVision in early 2021. The recently finished streaming Moon Knight is now in Emmy Award campaign mode, while Ms. Marvel is in the middle of its run and generating some of the best reviews of any Marvel show so far. She-Hulk: Attorney at Law is due to hit in August, while the Samuel L. Jackson-let Secret Invasion and Ironheart are on deck after that.

A half-dozen shows are in development beyond that, including a second season of Loki and a new Daredevil series.

In addition to working on Wonder Man, Cretton is developing a sequel to Shang-Chi and will direct and executive produce a series adaptation of Gene Luen Yang’s graphic novel American Born Chinese for Disney+.

Guest cut is his teeth in comedy — his credits include shows such as 30 Rock and Marry Me — but he comes with Marvel experience: He was a consulting producer on Hawkeye, the series toplined by Jeremy Renner and Hailee Steinfeld that was known for its fun and light touch to heroics and sidekicks.