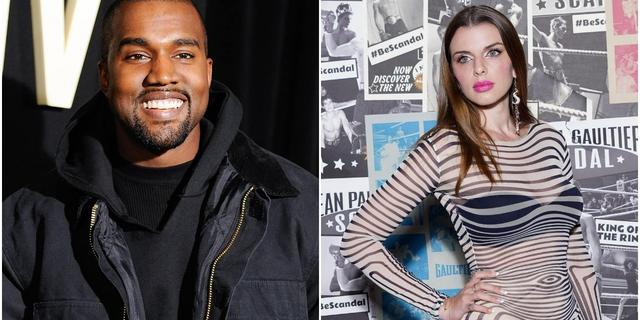 The pair were first spotted together in Miami as they enjoyed dinner together at Carbone restaurant.

They were also seen out together in New York City, reportedly going to the August Wilson Theatre to see Jeremy O Harris’ Slave Play on Broadway.

While initial reports suggested that things were very casual, a source told PageSix that the pair are ‘dating’ and added: ‘They’re kind of kindred spirits and it’s cool to watch.’

The outlet added that they ‘both just got out of their former relationships, and they’ve helped each other recover immensely.’

Who is Julia Fox?

Julia, 31, is an actress and director, best known for her role as Julia De Fiore in Uncut Gems, a showroom saleswoman and mistress of the main character, played by Adam Sandler.

It was her debut role acting role, with Julia having known the Safdie brothers, who directed the film, for a decade.

Since her debut role, she’s written the film Fantasy Girls, a short film about a group of teenage girls involved in sex work, which was released in February 2021.

Before her work in the film industry, Julia was a successful clothing designer, model, and artist.

As a designer, she launched the knitwear line Franziska Fox and, has also modelled for Playboy.

She has also created several art exhibitions, most notably RIP Julia Fox, which featured canvases painted with her own blood.

Before her apparent romance with Kanye, Julia was married to Peter Artemiev, a pilot.

While the rapper has since claimed he wanted to reunite with Kim, he’s been linked to various romances (while Kim is thought to be dating comedian Pete Davidson).

He dated model Irina Shayk for a short while, before the pair split in August.

He went on to enjoy a few dates with Instagram model Venetria, although the pair reportedly ended things in December 2021.

Kanye was later seen partying with model Yasmine Lopez, although it’s unclear if there was anything more than a friendship between them.