Fedor From Russia Docks At ISS 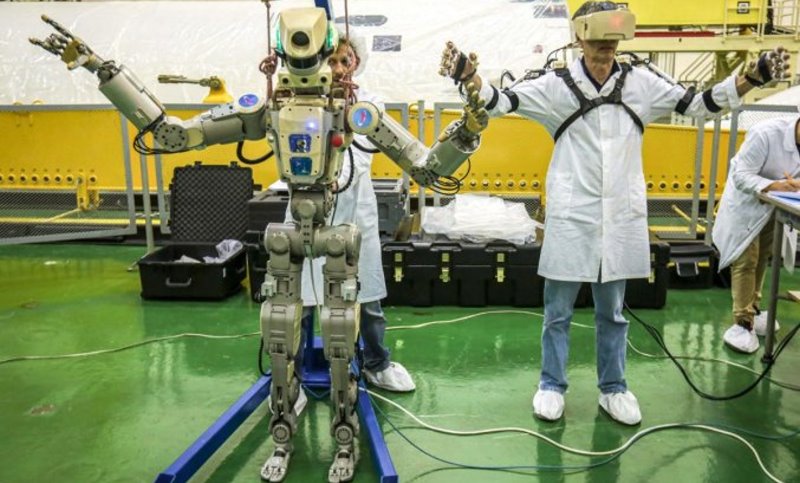 With everything following the path of automation, it is no surprise that a job so fraught full of risks, like space travel has seen a successful example of robots going to space. Fedor is the latest example.

An unmanned shuttle conveying Russia’s first humanoid robot to be sent into space effectively docked at the International Space Station on Tuesday, following a bombed endeavor throughout the end of the week.

It launched Thursday in a Soyuz MS-14 shuttle from a Russian spaceport in southern Kazakhstan and is because of remain on the ISS until September 7, figuring out how to help space explorers in the space station.

A prematurely ended docking on Saturday had expanded vulnerability over the eventual fate of Russia’s space program, which has endured various late mishaps.

Russian flight controllers had told the ISS team it showed up the issue that forestalled mechanized docking was in the station and not the rocket, NASA included.

Soyuz boats have typically kept an eye on such trips, however, this time no people were going to test another crisis salvage framework.

Fedor isn’t the first robot to have gone to space. In 2011, NASA sent up Robonaut 2, a humanoid created with General Motors that had a comparable point of working in high-hazard situations.

It was flown back to Earth in 2018 in the wake of encountering specialized issues.

In 2013, Japan sent up a little robot called Kirobo alongside the ISS’s first Japanese space leader. Created with Toyota, it had the option to hold discussions – though just in Japanese.

The International Space Station has been circling Earth at around 28,000 kilometers for each hour (17,000 miles for every hour) since 1998.

Last October, a Soyuz rocket conveying an American and a Russian needed to make a crisis arrival not long after lift-off – the main disappointment throughout the entire existence of keeping an eye on Russian flights.