On Saturday, Kylie Jenner posted some photos and short video clips of herself to Instagram Stories while wearing a chocolate brown catsuit that showed off her baby bump. Jenner is due early in 2022, and her maternity wear is as stylish as everything else she posts on the timeline. Over the catsuit, she threw on an oversized brown coat with massive pockets and what appear to be leather lapels. 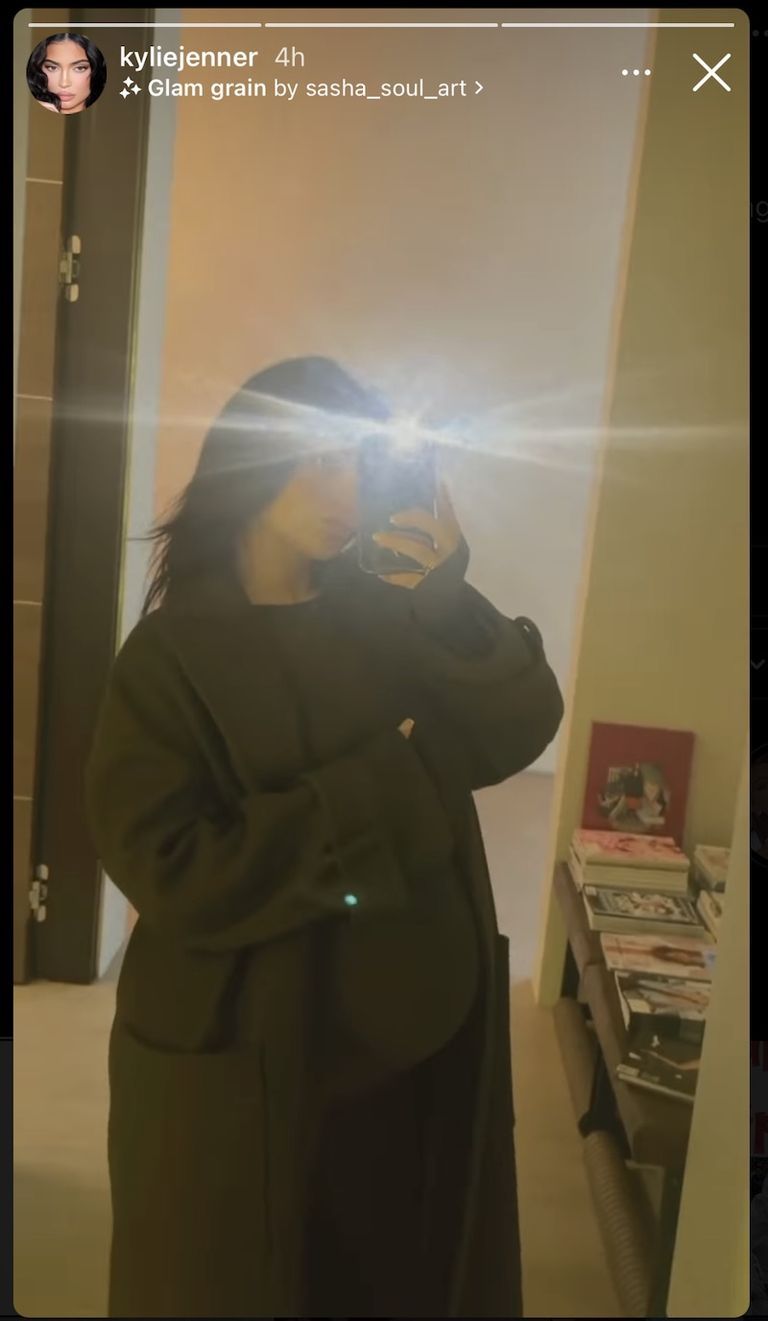 For New Year’s Eve, Jenner shared some of her reflections on the year with a photo of herself in matching leggings and long-sleeved shirt, her belly exposed.

“As 2022 is approaching i’ve been reflecting on this last year and the blessings that it brought but also the many heartaches it held,” she wrote. “i will never forget this year and all the significant changes it made to my life. I pray this new year is filled with a lot of love for all of you and i hope everyone stays safe and healthy during this time.”

In recent weeks, Jenner has not been posting much to social media. In November, her partner Travis Scott was headlining Houston music festival Astroworld when the crowd surged, ending in the deaths of ten people and injuries to hundreds of others. Jenner was at the concert with their three-year-old daughter Stormi, and released a statement shortly after the event stating that Scott had no idea there was trouble in the crowd.

“I want to make it clear we weren’t aware of any fatalities until the news came out after the show and in no world would have continued filming or performing,” she said. “I am sending my deepest condolences to all the families during this difficult time and will be praying for the healing of everyone who has been impacted.”

On Christmas, Jenner did share several Instagram stories featuring the new kitten she adopted and her matching pajamas with Stormi, enjoying a cozy evening at home.