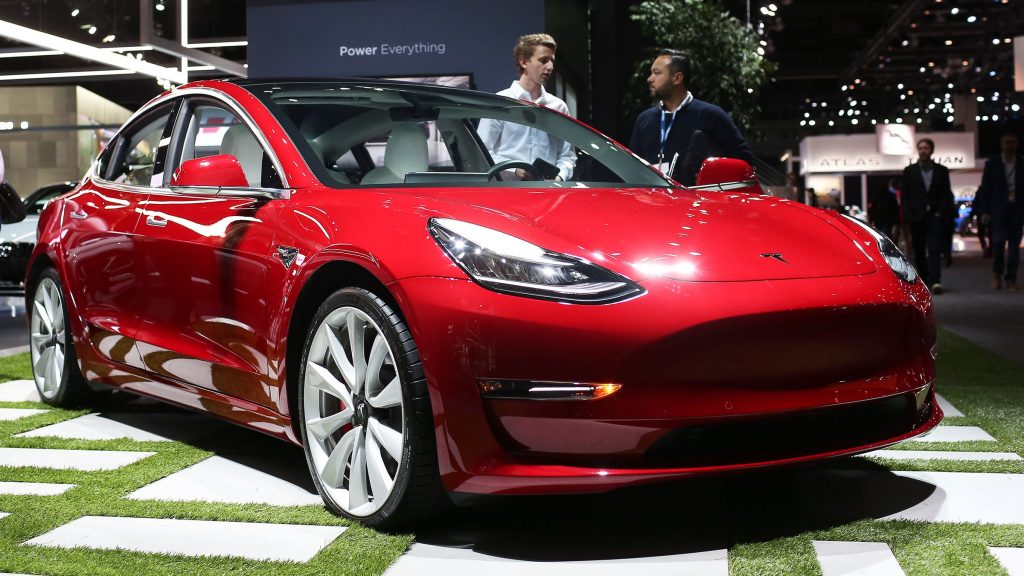 Tesla Inc. and Elon Musk may have extra to celebrate for New Year’s Eve on Friday as workers push toward record quarterly deliveries in the waning hours of 2021, capping a remarkable year in which the electric-car company’s market value zoomed past $1 trillion.

Deliveries are one of the most closely watched metrics at Tesla: They underpin the company’s financial results and are widely seen as a barometer of consumer demand for electric vehicles amid a global shift away from the internal combustion engine. Being at the forefront of that wave helped make Musk, Tesla’s CEO, the world’s richest person this year, with a fortune of about $273 billion.

The Austin, Texas, carmaker typically counts sales until midnight on the last day of a quarter, which in this case means New Year’s Eve. On average, a dozen analysts in a Bloomberg survey estimate Tesla may report about 265,000 deliveries — and more-recent updates, such as a 290,000 prediction last week from Dan Levy of Credit Suisse, suggest the number may skew higher. That’s up from the record 241,300 set in the third quarter.

Tesla employees typically go all out in the final days of a quarter, with volunteers from local owners clubs dropping by with donuts or volunteering to help. Musk egged them on in one of his many tweets, thanking staff last week for working during the holidays and noting “lots of Tesla cars to deliveries before year end!’

Tesla makes the Models S, X, 3 and Y at a plant in Fremont, Calif. It also produces the Models 3 and Y at a factory near Shanghai, which makes cars for China and Europe. The output from the Asia factory will be crucial to both the delivery figure and the company’s gross margins.

In 2022, Tesla will open two additional assembly factories — one in Austin and one in Berlin — allowing it to manufacture vehicles on three continents and expand production capacity.

Joseph Spak, an analyst at RBC Capital Markets, expects Tesla to deliver 285,000 units. If he’s right, that would bring Tesla’s total deliveries for the year to roughly 913,000.

In 2020, the company delivered just shy of half a million vehicles for the year and Tesla has said repeatedly it expects 50 percent annual growth in deliveries over a multi-year period.

A strong quarter would show that Tesla is holding up well amid supply-chain turmoil, the highly contagious omicron variant and snowstorms that have clobbered much of the West Coast.

Musk has said that shortages of semiconductors are crimping production — going so far as to call out two of the world’s biggest chip suppliers. But it has fared better than other auto makers due in part to efforts by its engineers to rewrite software to adapt to whatever chips they could find for other purposes.

It could also give a boost to the company’s stock, which has fallen more than 12 percent from its Nov. 4 closing high as Musk offloaded a big chunk of his stake in the company. Tesla shares were down 1.27 percent when the market closed Friday.

After a Nov. 6 Twitter poll, in which the CEO asked his followers if he should sell 10 percent of his holdings and they voted yes, Musk has sold approximately 15.6 million shares. That’s nearly 10 percenet of his stake including exercisable options. Musk remains Tesla’s largest shareholder by far, with a nearly 18 percent stake in the company.

Even with the recent decline, the stock is still up 52 percent in 2021.