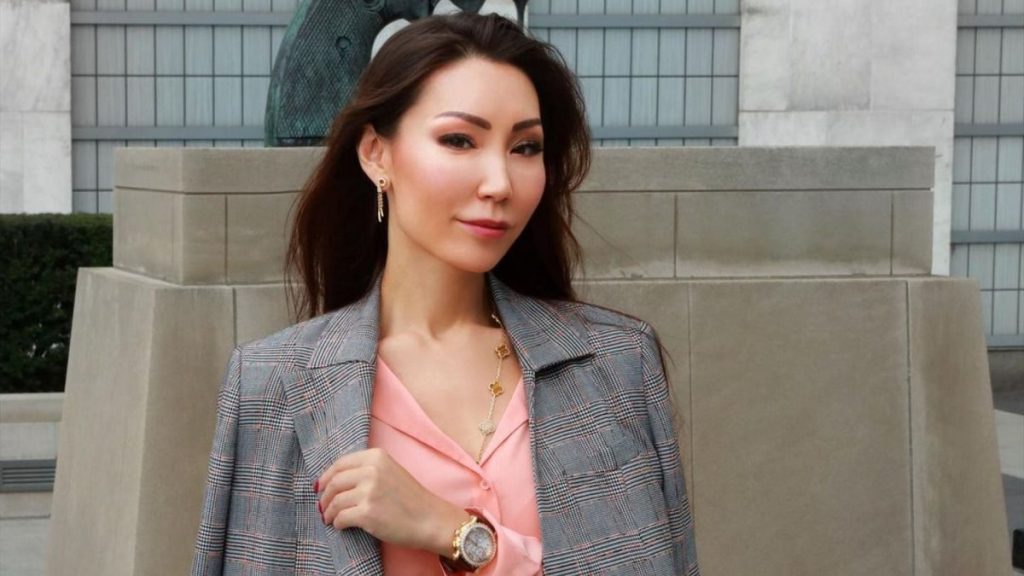 She also attended the famed World Influencer and Blogger Awards at the iconic Hotel Martinez where she wore a ravishing crimson red gown by Sima Couture.

The ceremony, which is held annually, awards the worlds most influential and accomplished social media personalities for their work inspiring others, advocacy and acknowledges their incredible achievements across social media. This years awards was held in aid of the people of Ukraine with attendees raising both money and awareness to help Ukrainian civilian as well as the millions of refugees who have fled to Europe.

Picking up the award for Womens Empowerment, Roza delivered a powerful and moving speech in front of the distinguished guests at the event sharing her inspiring journey from former spy to successful entrepreneur and actress.

Sharing her life story with the audience she said “this is a true honour and this is an award for all women across the world that go through hardships. Women are the core of our societies and it’s important to recognise the incredible contribution women make to society”.

The Russian-born beauty hit headlines last year after sharing her shocking ordeal as a former Russian spy where she worked to infiltrate human and drug trafficking gangs to help save kidnapped children. According to TMZ, Roza had to flee Russia after being threatened with her life and has since lived in London, Switzerland, Italy and France before moving to the U.S. over 2 years ago.

She has since gone on to become a successful entrepreneur, hosting events for luxury brands including; Cartier and Damiani, owning a Public Relations firm and helping to inspire women through her platform “Super Lady”. The star is also set to release her tell-all book over the next year, which details her life story and teaches women how to get what they want through seduction, confidence and various techniques that Roza learnt through her years of experience in the military.