Banks warn of grim prospects for pound as economy slows 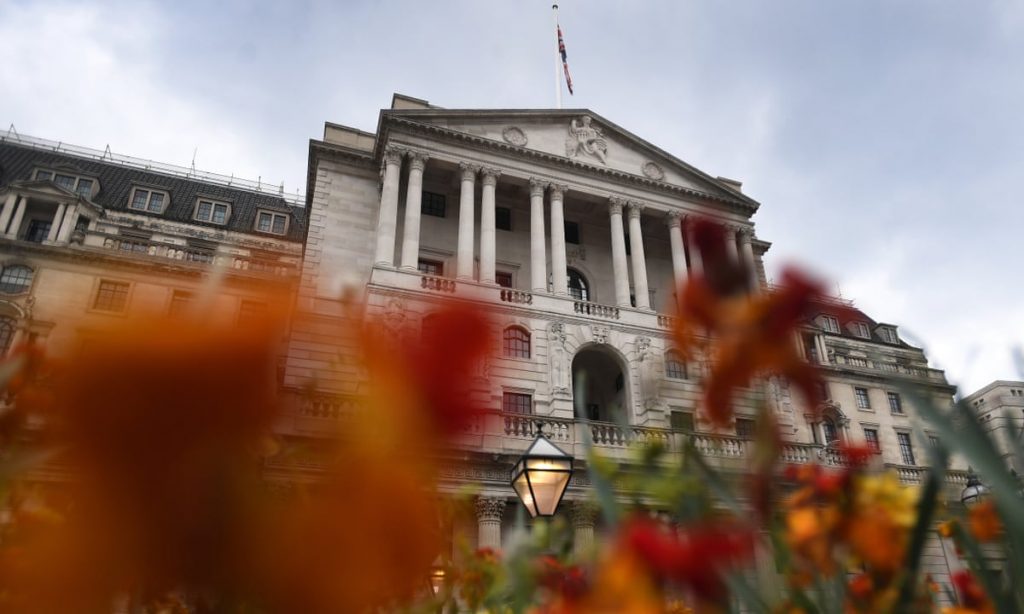 A duo of Wall Street banks is warning on the “grim” outlook for the pound, predicting that stubbornly high inflation and an economic slowdown will precipitate further declines for the UK currency.

The pound has lost ground against most key rivals this year, despite four UK interest rate rises since December as the Bank of England began the process of tightening monetary policy ahead of other major central banks. The sharpest losses have come over the past six weeks as investors grow increasingly concerned about a cost of living crisis, which the BoE cautioned could push the UK into recession later in 2022.

Sterling has steadied recently as a broad dollar rally goes into reverse, but remains close to the lowest level since early 2021 against a basket of currencies of the UK’s trading partners.

A recent investor survey by Bank of America showed the sharpest one-month drop in sentiment towards sterling in at least a decade, abruptly ending a period of relative optimism regarding the currency.

“Sterling’s fall from grace has been epic given last year’s euphoria and in many ways has caught the investor community by surprise,” said Kamal Sharma, a currency strategist at Bank of America. “Hiking rates against a sharply slowing economy is never a good look for any currency.”

A pause in the global dash to the dollar, along with last week’s £15bn package to support UK households battered by climbing energy prices, “may provide some relief but the damage has been done and the outlook for the pound looks grim”, Sharma added.

The BoE’s head start in tightening monetary policy has widened the gap in bond yields between the UK and economies including the eurozone, where interest rates are yet to rise. However, that tailwind for sterling is on course to fade as the European Central Bank plays catch-up, according to Citi’s head of currency strategy Vasileios Gkionakis.

“The ECB has made a notable hawkish shift, while the BoE will remain between a rock and a hard place due to high inflation and a sharply slowing economy,” said Gkionakis, who is forecasting a rise for the euro above £0.90 later this year, from the current level of £0.852.

Pressure on sterling could increase if the UK follows through on its threat to rip up the post-Brexit trade deal for Northern Ireland, Gkionakis added.

The currency climbed as high as $1.42 a year ago as investors warmed to sterling in the aftermath of the signing of the UK-EU Brexit trade deal in December 2020. It has since slipped to $1.26, but the losses could quickly accelerate to take the pound to parity with the greenback if the Northern Ireland dispute escalates into a trade war with the EU, according to Gareth Colesmith, head of global rates and macro research at Insight Investment.

“It could happen, if the UK government is not bluffing about Northern Ireland, and it pulls the plug, and the US sides with the EU,” Colesmith said.