BREAKING NEWS
Home Celebrities Jimmy Kimmel Tears Up During His Show As He Addresses Texas Shooting; ‘We Demand Action’

Jimmy Kimmel Tears Up During His Show As He Addresses Texas Shooting; ‘We Demand Action’ 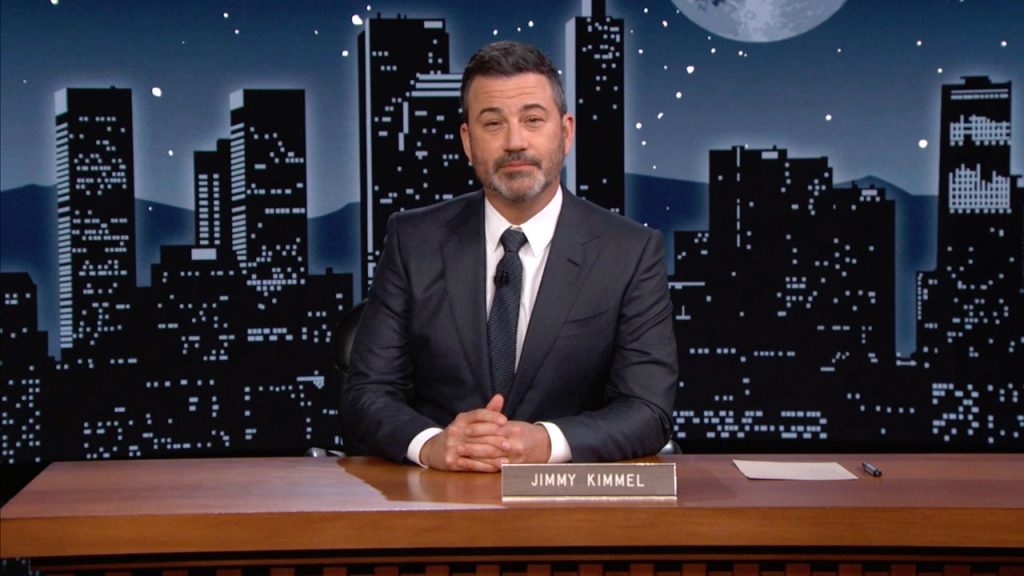 Popular talk show host Jimmy Kimmel spoke out against the mass shooting that took place at Robb Elementary School in Uvalde when an 18-year-old opened fire.

The recent heartbreaking incident that took place at Robb Elementary School in Uvalde when an 18-year-old opened fire at the establishment has grabbed the attention of several celebrities from the industry. Several of them have raised their voice on social media and demanded change as they expressed their sorrow about 19 children and two teachers losing their lives in the incident. Popular talk show host Jimmy Kimmel also addressed the situation during the most recent episode of his show and got teary-eyed as he spoke about the ‘day of mourning’ in the country.

The talk show host mentioned that this is not to time for a moment of silence, but the time to ‘be loud and to stay loud’. He demanded that people don’t forget about this and urged leaders and decision-makers to take the steps needed to ensure such a situation does not take place again. He spoke about the ‘the little boys and girls whose lives have been ended and whose families have been destroyed’ and got teary-eyed as he spoke of the tragic incident. Several fans and netizens took to the comments section of the video from the segment of the talk show and hailed the host for speaking about it on his platform. He went on to say,

This is not a time for moments of silence, this is a time to be loud and to stay loud and not stop until we fix this. how does this make sense to anyone? These are our children. This is not their fault anymore, this is now our fault. Because we get angry, we demand action, we don’t get it, they wait it out we go back to our lives. This is the only country where this keeps happening.”

The shocking incident took place at Robb Elementary School in Uvalde, and Texas Governor Greg Abbott earlier announced that the suspected gunman, Salvador Ramos is believed to have been killed by responding officers on site. Several celebrities including Matthew McConaughey, Olivia Rodrigo, Taylor Swift, Kim Kardashian and others have taken to social media to condemn the Texas shooting that shook the country.