Did Amber Heard Accidentally Reveal In Court That She Used A Fake Bruise Kit? 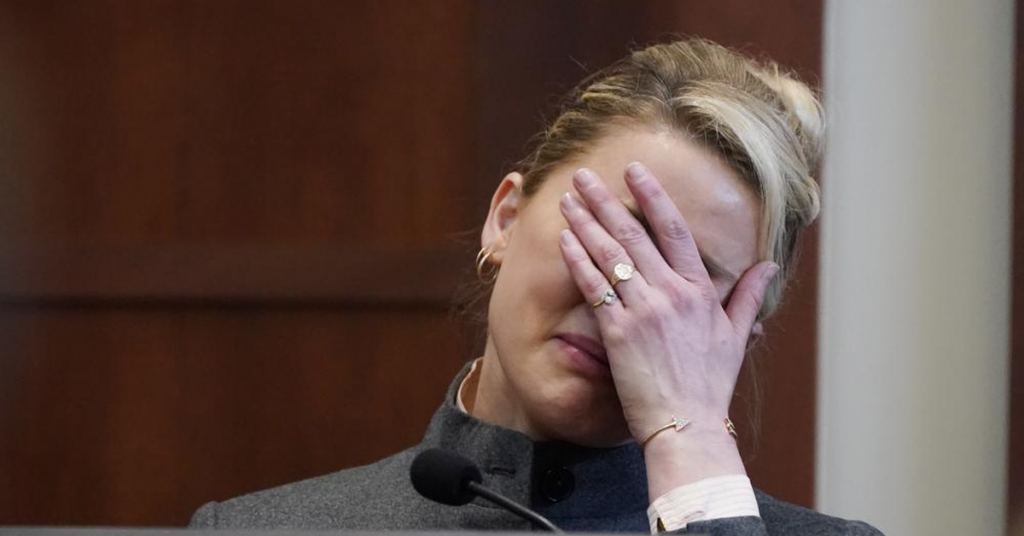 Amber Heard didn’t help her case in court when she mixed her words while on the stand.

Throughout this court case, we keep learning new things about Amber Heard, whether it be details about her relationship alongside Elon Musk and James Franco, or not giving out a donation following her divorce settlement, as she promised.

There’s new reports surfacing regarding Amber Heard getting caught in a lie. Let’s take a look at what took place, and how others reacted.

It seems like Amber Heard and her team cannot catch a break, as fans all over the world are quick to point out when a mistake is made. In this case, even the makeup company itself took to social media, explaining Heard’s mistake.

It all started with Heard’s attorney, explaining that Amber would typically carry around the makeup to hide her bruises.

“This was what she used,” attorney J. Ben Rottenborn said in his opening statement. “She became very adept at it. You’re going to hear the testimony from Amber about how she had to mix the different colors for the different days of the bruises as they developed in the different coloring and how she would use these to touch those up to be able to cover those.”

Don’t forget two of Amber Heard’s witnesses, Raquel Pennington and Josh Drew were with her, May 27th 2016 where she appeared with a bruise on her face obtaining a restraining order. The next day, 28th May 2016 they were laughing with Amber as she was seen with zero no brusing. pic.twitter.com/g34rz1wc9U

‘Milani Cosmetics’ wasn’t having it, as the company stated that Depp and Heard got divorced in May of 2016, while their product didn’t launch until late 2017.

After Milani Cosmetics caught her lie now #AmberHeardlsALiar claiming that she didn’t use the same correcting kit which was released in December 2017.🤔 pic.twitter.com/RIkwPwSyXa

The company took to TikTok, releasing a video about the release, which already has 5 million views.

“Milani Cosmetics can confirm that the palette in question — the Milani Cosmetics Conceal + Perfect All-in-One Correcting Kit — did not launch until December 2017,” a spokesperson for Milani Cosmetics said in a statement. “Our video was to verify the claim that our eagle-eyed and loyal fanbase made about the product named in the trial.”

As if that wasn’t bad enough for Heard, things got worse while she was on the stand.

So the goal here was for Amber Heard to describe exactly what she used to cover up the bruises. What didn’t help things was when she revealed in court that a bruise kit was used. Identifying what she had just said, Heard was quick to change her tone and wording.

“If you want to cover up a bruise, you obviously put foundation first, concealer and then on top of that I use like a bruise kit,” she said, before correcting herself. “Not a bruise kit, it’s a theater makeup kit.”

Amber Heard just slipped up in court and admitted she faked the injuries with a bruise kit… No way WTF 😳😳😳#JohnnyDeppvAmberHeard #JohnnyDeppVsAmberHeardTrial #JusticeForJohhnyDepp #AmberHeardIsALiar pic.twitter.com/4YPVpfvQ6r

Fans would also question Heard and her use of the makeup. Certain followers of the case would actually apply the makeup in the order Heard state and to their surprise, the bruises were even more evident instead of hiding them.

What Did The Fans Think Of The Moment?

Asmongold Clips was among the many YouTube channels to post the moment, and it already has a near 3 million views. Of course, fans have a lot to say about the moment, with pretty much nobody taking Heard’s side, especially when it comes to the top comments.

“She wasn’t telling the truth, she was slipping up in her lies and the truth as it always does, exposes itself.”

“Also what’s interesting is the way she describes how she used the “theatre makeup kit” is exactly the order in which you would create a bruise not cover one up.”

“The way she jumped to say “not a bruise kit” sounded like an “oops I shouldn’t have said that”. Also a theater makeup kit definitely sounds like something that might be used to make fake bruises.”

“She’s an actress. She knows damn well what a BRUISE KIT is meant for. She always slips and has a magical excuse for everything. She even gaslights everyone by saying that what everyone just heard in those recordings isn’t what she said.”

Yet another memorable moment in the Depp and Heard court battle.