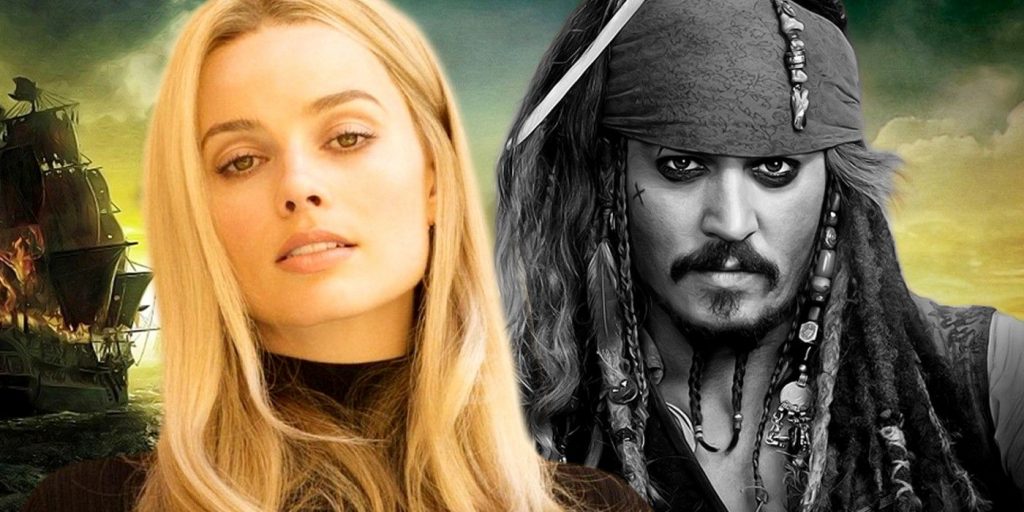 The ‘Pirates of the Caribbean’ franchise is returning with big changes, including the absence of Johnny Depp. Find out more about the upcoming reboot film here.

A new Pirates of the Caribbean film is long overdue. The beloved film franchise, based on Walt Disney’s theme park attraction of the same name, launched with 2003’s The Curse of the Black Pearl starring Johnny Depp, Orlando Bloom, and Kiera Knightley. The Oscar-nominated movie was followed by four more films: 2006’s Dead Man’s Chest, 2007’s At World’s End, 2011’s On Stranger Tides, and 2017’s Dead Men Tell No Tales. In total, the Pirates of the Caribbean franchise has grossed over $4.5 billion worldwide at the box office and is the 14th highest-grossing film series ever.

A sixth film has been in development since 2017, but plans have stalled due in part to Johnny’s defamation trial against his ex-wife, Amber Heard. A female-led spinoff movie with Margot Robbie as the lead star has also been announced by Disney. We’ve rounded up everything you need to know about the upcoming reboot film, including the cast, release date, and whether Johnny will appear.

All About the Reboot

While the reboot film was first announced in June 2020, there’s still very little information out there about the project. Jerry Bruckheimer, who produced all the Pirates movies so far, confirmed in an interview with The Sunday Times in May 2022 that they’re still working on the screenplay for the reboot. That means filming hasn’t even started, so a release date is likely years away. Jerry didn’t share the official title or plot details, but he did confirm that they’re “talking” to Margot about the plans.

Johnny’s future in the Pirates of the Caribbean franchise was threatened when his ex-wife, Amber Heard, accused him of domestic abuse in an op-ed published by the Washington Post in December 2018. At the time, Johnny was set to star in the sixth film with Joachim Ronning directing, and Ted Elliott and Craig Mazin as screenwriters. But Johnny wasn’t offered many jobs, he was forced to resign from the Fantastic Beasts franchise at Warner Bros behest, and eventually, Disney cut ties with him on the film. During the defamation trial, which began April 11, Johnny’s agent Jack Whigham claimed that the actor was set to earn over $22 million for Pirates of the Caribbean 6 until Disney abruptly went “in a different direction” after Amber’s article was published.

Johnny confirmed during his testimony that he’d never return to the film franchise no matter how much he’d get paid. He did, however, share that he initially wanted to do Pirates of the Caribbean 6 to give his character Captain Jack Sparrow a “proper goodbye.” Even though Johnny was let go from the films, Disney still featured Jack Sparrow at their theme parks. Johnny said in court that Disney “didn’t want there to be something trailing behind [Depp] that they’d find.”

In the Sunday Times interview, Jerry was asked about Johnny’s potential return to the Pirates franchise. “Not at this point. The future is yet to be decided,” he said. Fans reacted poorly to that and threatened to boycott the franchise without Johnny. “And I confirm that no one is going to watch a Pirates Of The Caribbean movie without Johnny Depp,” one fan tweeted. Another said, “No one will ever replace johnny depp as captain jack sparrow, he MADE pirates of the caribbean.”

Margot Robbie to Be the New Lead

Margot’s attachment to the Pirates of the Caribbean reboot film was announced in June 2020 via The Hollywood Reporter. The report said that the Pirates movie wouldn’t be a spinoff of the regular franchise, “but rather a wholly original story with new characters.” Jerry confirmed in The Sunday Times interview that Margot is still attached to the project. “We’re talking to Margot Robbie. We are developing two Pirates scripts — one with her, one without,” he said. Margot has not publicly addressed her involvement in the Pirates of the Caribbean franchise. She already has a busy schedule with her upcoming film Barbie, where she’ll star opposite Ryan Gosling, America Ferrera, Simu Liu, Kate McKinnon, and more.

While fans love Margot, they’re not happy Johnny is being replaced in the franchise. One fan said on Twitter, “nothing against margot robbie, but johnny depp IS pirates of the caribbean. as the world learns the truth, i hope disney realizes that they wrongfully punished someone for being abused.”

Who Else is On the Project?

British screenwriter Christina Hodson, who worked on 2020’s Birds of Prey with Margot, will be working on the rebooted Pirates movie. Jerry will be the main producer. No other casting or crew news has officially been announced by Disney. It’s unclear if any former cast members like Geoffrey Rush (Captain Barbossa), and Kevin McNally (Joshamee Gibbs) will return. The film is female-led, so fans are hoping that Keira Knightley returns as Elizabeth Swann alongside Orlando Bloom, who plays Elizabeth’s husband, Will Turner. However, the pair didn’t star in the fourth film and only briefly appeared in the fifth film. We’ll continue to keep you updated on the future of Pirates of the Caribbean.