The Risk of Avoiding Emerging Markets 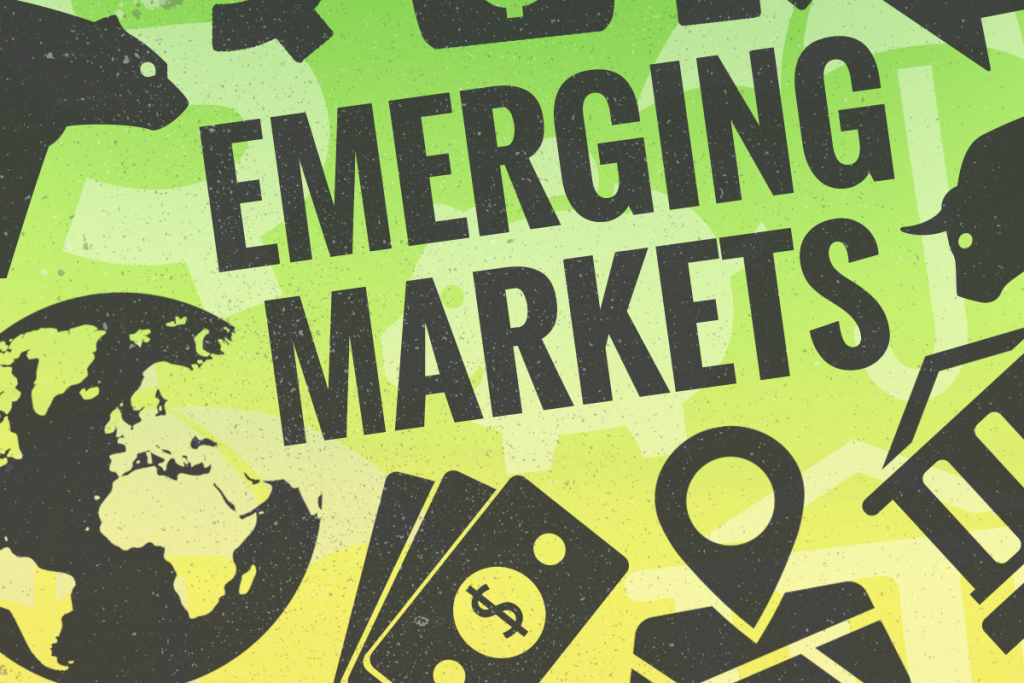 The Omicron outbreak, inflation and monetary tightening are shaking emerging markets. Yet our columnist says it’s risky for long-term investors to shun them.

Putting money into emerging markets can be a tough decision for people worried about human rights and climate change, and it has always been risky. Yet not investing in them may be riskier still.

They comprise an extraordinarily fuzzy and vast category, including seven of the world’s 10 most populous countries: China, India, Russia, Indonesia, Pakistan, Brazil and Mexico, plus a host of other economically and geopolitically crucial places, like South Africa, Taiwan, Turkey and Poland. For investors, avoiding them means missing out on the possibility of greater growth and the certainty of greater diversification.

Numerous studies, including those by Vanguard and Morgan Stanley, show that over extended periods, the stock returns of emerging markets and developed countries like the United States don’t move in lock step most of the time. Over the long term, this low correlation means that adding emerging market exposure to predominantly American investments can reduce the overall portfolio’s volatility and enhance returns.

The short term is another matter, though. The immediate drawbacks of emerging markets may be more obvious than their long-term virtues.

Generalizing about so vast a swath of the planet is hazardous, but for the most part, the Omicron variant, soaring inflation, tightening monetary policy, political strife and climate change threaten these countries more urgently than rich ones. Stock markets in those countries have generally dropped this year, while the American market has risen. For these reasons, experts on and off Wall Street generally recommend paring down exposure to them over at least the next several months.

One problem is that Western central banks have begun moving toward a more restrictive monetary policy. “That, historically, has led to asset flows out of emerging markets, which can hurt them badly,” said Anu Gaggar, global investment strategist for Commonwealth Financial Network.

On Thursday, the Bank of England raised its benchmark short-term interest rate for the first time in three-and-a-half years. A day earlier, the Federal Reserve announced that it was effectively moving faster toward interest rate increases in the United States, which now seem likely to start in the first half of 2022. Higher rates in the United States would tend to increase the value of the dollar against other currencies, and could easily cause collateral damage in many emerging markets. Some of them, like Brazil, Chile, Mexico, Russia, Hungary and the Czech Republic, have already begun raising interest rates in efforts to fend off inflation and currency devaluations.

In a telephone interview from Singapore before the Fed announcement, Robert Subbaraman, head of global macro research for Nomura, the Japanese financial giant, warned that emerging markets as a group are quite vulnerable right now.

“I’d tell investors to be very careful for the next six months or so,” he said. In a series of research reports, he has warned of the vulnerabilities of a group of countries that he calls “the troubled 10.” They are Brazil, Colombia, Chile, Peru, Hungary, Romania, Turkey, South Africa, Indonesia and the Philippines. All share in “a combination of chronically weak growth, rising inflation and a marked deterioration in fiscal finances” that could lead to deep financial crises, he said.

While other analysts may be less explicit, many urge caution. The BlackRock Investment Institute on Monday, for example, recommended reducing exposure to most emerging market countries over the next several months.

Similarly, in a report on Tuesday, the independent research firm Oxford Economics said of emerging markets: “We retain low conviction at an asset class level while uncertainty persists over inflation, Omicron and politics.” Oxford Economics said it would limit financial exposure in many countries, including South Africa (where Omicron was first identified), most of Latin America and a miscellaneous array of places ranging from Turkey to China, India, Malaysia, South Korea and Taiwan.

Specific emerging markets are being singled out for unique weaknesses. Turkey, for example, is gripped by sizzling inflation and, defying consensus wisdom, has lowered its interest rates at the behest of its president, Recep Tayyip Erdogan. The results so far have been horrendous. This year, the Turkish lira has lost half of its value against the dollar, consigning Americans invested in Turkish stocks to a decline of more than 25 percent.

Nearly all emerging markets are being lumped together with other assets on the risky end of the investing spectrum: “meme stocks” like GameStop and AMC Entertainment, cryptocurrencies and highly priced tech stocks. When interest rates rise, reducing risk exposure is a frequent investment mantra, and for good reason.

Under duress, global markets tend to veer from “risk on” to “risk off,” as I wrote during one of those periods a decade ago. In these crises, correlations between markets shift. It’s as if stocks, bonds, commodities and foreign exchange markets are responding to the baton of a mercurial but authoritarian maestro, who changes direction often but insists that all orchestra members play together as one.

In short, this is probably not the ideal time to plunge into emerging market investments for the first time.

But you may already participate in emerging markets indirectly, possibly even without realizing it. Over the last 20 years or so, they have become a standard part of many long-term, diversified stock and bond portfolios, especially those made up of low-cost index funds.

Roughly 12 percent of the most important benchmark for global stock investing, the MSCI ACWI Index, is devoted to them. (The index excludes “frontier” or “stand-alone” countries deemed too poor, illiquid, unregulated, state-controlled or otherwise troubled to qualify as either emerging or developed markets.)

This benchmark allocation isn’t large when you consider that emerging countries account for roughly 39 percent of the world economy, measured by gross domestic product, and for about a quarter of the value of world stock markets. Furthermore, using the principles of modern portfolio theory, Morgan Stanley has calculated that an emerging market allocation of 27 percent in a global stock portfolio produces the best balance between risk and return.

But beyond concern about short-term market gyrations, there are good reasons not to invest too heavily in emerging markets: You will be putting your money into political and economic systems that you may find distasteful, or worse.

Inducing public companies to behave properly is difficult enough in the United States, with all its laws and regulations. People with an indirect stake in American companies through mutual funds are only beginning to be able to exercise their shareholder rights, through proxy votes and other initiatives.

In authoritarian countries like China or Russia, just to take two prominent examples, shareholder rights efforts are, at present, quixotic. So it is reasonable to limit emerging market allocations. And channeling money through so-called E.S.G. funds — those that aim to exclude investments in companies whose environmental, social and governance behavior do not meet fund standards — seems a sensible option.

Some index funds do such screening. Among them are the iShares ESG Aware MSCI EM ETF, the SPDR MSCI Emerging Markets Fossil Fuel Reserves Free ETF and the Vanguard ESG International Stock ETF, which includes developed and emerging markets. Actively managed funds, with much higher costs, do this, too. They include the GS ESG Emerging Markets Equity Fund from Goldman Sachs and the JPMorgan Funds-Emerging Markets Sustainable Equity Fund.

All of these options involve compromises and risks. I think they are outweighed by the financial benefits of owning tiny, indirect stakes in businesses in all corners of the world.

There is also an altruistic factor, one that is hard to demonstrate quantitatively, but that is borne out by human history: When people trade and invest in one another, the chances for peace and prosperity are greater.

Make your own decision.