Kate Middleton: Furious at Harry & Meghan For Skipping Christmas With the Queen? 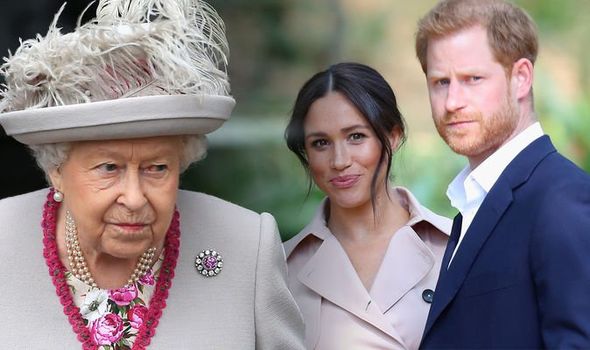 As you’ve likely heard, there’s been a great deal of concern over Queen Elizabeth’s health in recent weeks.

The sovereign has canceled several engagements and scaled back her public presence to the point where many are concerned that the situation could be more serious than palace officials are letting on.

In fact, many British media outlets have predicted that this Christmas will be the Queen’s last.

That’s a rather morbid thing to put in print, of course, but given the fact she’s 95 years old, it’s also not an outlandish prediction.

For obvious reasons, there’s a feeling among the Queen’s inner circle that this holiday season should be treated as especially important.

Which is why the ever-vulturous British tabloid media is making a big deal out of the fact that Meghan Markle and Prince Harry will not be traveling to the UK for Christmas.

Now, there are many valid reasons why the Sussexes might have decided to stay put in SoCal this year.

After all, they have two very young children, and by some metrics, the Covid-19 pandemic is currently as bad as it’s ever been.

That’s also a good reason why sickly nonagenarians should probably avoid visitors from the other side of the world for the time being.

But despite the obvious logic behind the decision, many have chosen to interpret it in the most ungenerous way possible.

Prince William and Kate Middleton, for example, are said to be furious over the royal snub.

And if recent reports are to be believed, Kate is even more miffed than her husband.

This goes along with the recent narrative that casts Kate as a sort of conniving Lady MacBeth type, forever manipulating William behind the scenes and urging him to be ruthless with his enemies.

Some outlets have even gone so far as to suggest that Kate is the true cause of the William and Harry’s feud.

It’s a load of bollocks, of course, but we’ve come to expect nothing less from the lads and lasses who keep the rumor mill churning on the other side of the pond.

It’s worth noting, however, that even mainstream publications like People magazine are reporting that the feud between the Sussexes and Cambridges has heated up in recent weeks.

Most recently, the outlet reported that the situation has become intensely “stressful” for Will and Kate.

“Everything with Harry and Meghan has been hugely stressful, but if anything, it’s pulled [her and William] closer together,” one insider tells People.

“She was upset about it because [William] was so upset. Seeing her husband so distraught was tough.”

This stress was apparently made evident during a recent appearance at a school when Kate briefly became irate (by royal standards) when an audience member asked her a question about Harry and Meghan.

“What else?” Kate reportedly responded, in a not-so-subtle effort to change the topic.

“She’s no pushover. She has an inner strength for sure,” People’s insider said when asked about the exchange.

Look, we get the global fascination with the royals, but can we all stop pretending these people are Game of Thrones-caliber badasses vying for power in a cutthroat world?

Kate got a little snippy with a high school kid, and this tipster acts like she emerged victorious from battle.

Sometime soon (hopefully not very soon, but let’s be realistic here …) the Queen will die, then Charles will take over, and with any luck, soon after that, the Brits will come to their senses and abolish the monarchy.

So yeah, unlike GoT, this story might well come to a satisfying conclusion!